Choosing A Company Car Is A Family Affair 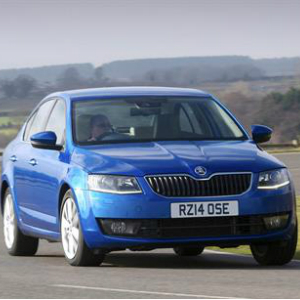 The husbands, wives, and children of Britain’s company car owners play a crucial role in helping to pick their vehicle, research has shown.

Figures from ŠKODA demonstrate just how much Brits, whose jobs require them to spend time on the road, take their family’s opinions into consideration when making up their minds on a new set of wheels.

When asked who they consult with when choosing a company car, nearly half of drivers said their partner is their first port of call – a quarter of men seek their wife’s opinions (39%) and over half of women (51%) chat through options with their husbands.

Meanwhile, in around one in seven households (15%), children get a say – with many of those surveyed claiming their kids’ opinions matter most.

In general, men seek fewer opinions than women, with 11% claiming they don’t consult anyone at all. Conversely, more than a third of women (35%) ask for opinions from as many people as possible, even probing colleagues and friends about what they think.

ŠKODA’s research also reveals the role of a company car outside the ‘nine to five’. On average, corporate vehicles are used for 55 minutes a day for non-work purposes.

Nearly half of company car drivers take children to and from school (47%) in their ‘work wheels’, while almost three quarters (73%) ferry their kids to social occasions and sports practice every week.

In June 2016, ŠKODA occupied the top two positions in the Carbuyer guide to the best family cars, with the ŠKODA Superb Estate in 1st place and the ŠKODA Octavia Estate in 2nd