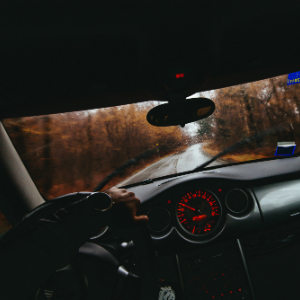 A global study* of car hire prices this summer reveals that a car hirer is, on average, £120 out of pocket, due to buying an excess waiver from the rental desk, rather than buying a cheaper, more comprehensive excess policy from a specialist insurance provider.

Without this cover, drivers are liable for an excess amount of around £1000*(see full results table) if the hire car is damaged or stolen, even if it’s not the hirer’s fault.

The 15-country research* found that excess waiver is the single most expensive cost at the rental desk, higher than other ‘extras’, including hiring a child’s car seat, a sat nav or paying for an extra driver, and can cost more than the rental price.  For instance, buying Budget’s excess waiver policies in Croatia for a week’s hire of a compact family car costs £355, compared to the original rental cost of £236.

The study, which was conducted by iCarhireinsurance.com, a leading supplier of specialist car hire insurance, found that rental companies often sell three separate excess policies, a Super Damage Waiver, costing on average £96, a Super Theft Waiver, costing on average £32, and a Tyre and Windscreen Excess, costing on average £25.  The total cost is £153, which is more than six times the cost of a car hire excess insurance policy from a specialist provider, like iCarhireinsurance.com,  which charges £23.93 for a week’s cover (from £2.99 a day for European cover and £37.99 for annual cover) and also covers vulnerable parts of the vehicle.

A new survey of 2000 UK car hirers by Opinium, which was commissioned by iCarhireinsurance.com, found that 64% found rental desk excess policies “a rip-off”.  Yet despite this, 37% buy an excess policy this way, which is not surprising when almost half (48%) wrongly think that an excess policy has to be purchased from the rental company to be valid.  The research found that only one in ten buy a separate, independent excess policy, despite the savings that can be made.

“Car hirers should not be held to ransom at the rental desk,” said Ernesto Suarez, CEO and founder of iCarhireinsurance.com.  “It’s not part of the car hire contract that they must buy the excess waiver policy that the rental desk tries to sell them, i.e., usually at vast commission.  Travellers are far better off doing some research at home and buying a more reasonable, and generally more comprehensive policy, from a specialist insurance company in the UK, like iCarhireinsurance.com.”