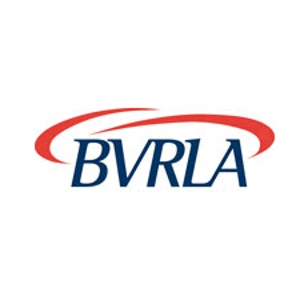 We are now left with company car tax and VED regimes that do little to support the Government’s green agenda or tackle the growing air quality crisis.”

“At the moment, a 20% taxpayer choosing between a pure electric BMW i3 and a hybrid Mitsubishi Outlander – both of which have similar P11d values and sit in the same tax band – will pay the same company car tax over the next three years. The current regime provides no incentive to choose a pure electric vehicle until 2020. The BVRLA’s call for the Government to bring the introduction of the new 2% rate forward from 2020 to 2017 would incentivise drivers to choose cleaner cars now.”

On the subject of Vehicle Excise Duty, Keaney commented: “The Chancellor chose not to defer the introduction of new Vehicle Excise Duty rates which come into force next month. As a result, the car hire industry will see its first year VED bill rise by almost 400% in 2017. Firms will also be unable to claim back £1.67million every year in legitimate refunds.

Car rental companies operate the newest fleet on UK roads, and the average rental car is just eight months old. The sector purchases around 324,000 cars each year, but this number is now likely to fall as our members lengthen their operating cycles in an attempt to reduce the cost impact of the new VED regime.”

HM Treasury’s Budget documentation announced that the Government will continue to explore ‘the appropriate tax treatment for diesel vehicles’, and will engage with stakeholders ahead of making any tax changes at Autumn Budget 2017.

Mr Keaney said: “Diesel vehicles remain a vital part of the fleet mix, as diesel engines are the most energy-efficient internal combustion engines. It is often the most appropriate powertrain for long distance journeys and non-urban freight transportation, and the latest Euro 6 diesel engines have made some major gains in reducing harmful NOX emissions.

As one of the stakeholders engaged with HM Treasury, we look forward to working with policymakers to ensure they do not adversely impact the UK automotive sector.”

The Government used the Budget to reaffirm its commitment to improving air quality, promising to outline its revised plans within the next two weeks.

Elsewhere, the Government said it would provide an additional investment of £270m to fund new disruptive automotive technologies including batteries, artificial intelligence and robotics.

Citing the benefits that improved infrastructure will have on the UK’s productivity, the Chancellor announced £90million and £20million for the North and Midlands respectively to tackle pinch-points on the Strategic Road Network. This was supplemented by a wider £690 million competition for local authorities to tackle urban congestion.

Mr Keaney commented: “We look forward to hearing more about these funds from the Department for Transport in due course.”

The association welcomed the Chancellor’s decision to freeze fuel duty for the eighth year in succession, as well as freezing both the VED rates for hauliers and the HGV Road User Levy for another year.

Finally, the BVRLA endorsed the government’s confirmation that it would provide extra support to small businesses in England facing a significant increase in their Business Rates.