Car firm owner fined £7,500 after reversing into and killing customer 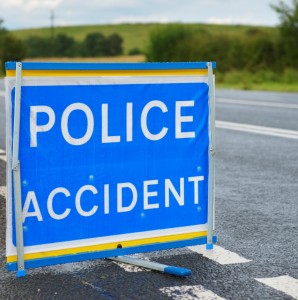 The owner of a Berkshire car maintenance business has been fined £7,500 for safety failings after reversing into and killing a customer in his van.

He was struck by a van driven by sole trader Mark Walker, after dropping his car at the domestic business to have an oil leak checked.

Walker was fined £7,500 and ordered to undertake 250 hours of community work after being found guilty of two separate breaches of the Health and Safety at Work Act 1974.

Reading Crown Court heard that Mr Gleeson was in the premises’ driveway as Walker started to reverse his van along the drive to leave the garage.

Mr Gleeson was unable to react in time as the van came towards him and was knocked over, banging his head on the drive.

He was rushed to Wrexham Park Hospital but died later the same day from his injuries.

A subsequent investigation by the Health and Safety Executive (HSE) identified Walker had no system in place for safely managing the movement of vehicles in his yard.

The court was told his van had no direct rear visibility, and that a rear monitoring camera that had retrospectively been fitted to the vehicle was not used.

HSE also established Walker did not physically check whether the route was clear of any person or arrange for assistance when reversing.

In his summing up, the judge ruled that Walker’s breach of duty was a direct cause of Mr Gleeson’s death.

Nigel Fitzhugh, HSE Inspector, said: “Mr Gleeson’s tragic death was entirely preventable, and could have been avoided had Mark Walker taken precautions before reversing his van.

“Managing the movement of vehicles at his premises was entirely his responsibility and it is clear there was no system in place to control this.

“Pedestrians and vehicles should always be segregated, and if that cannot happen then other precautions should be put in place.

“On this occasion that should, at the very least, have included checking the rear of the van before reversing with assistance if necessary, or putting in place a system that meant he did not have to reverse from his premises, neither of which happened.”