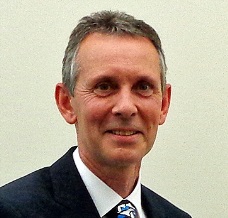 Dramatic falls in claimed business miles can occur once a mileage management system is implemented, Vertivia have revealed.

New analysis from the mileage capture company shows that due to driver behaviour changes, fleets have witnessed falls of up to 25.7% per driver.

One such major UK fleet witnessed a yearly drop of 5,546miles per driver following the introduction of Vertivia’s mileage capture system.

Analysis, up to the end of September 30, also showed the average fall across the Vertivia fleet was 1,874miles per driver – 10.6% of the total distance driven.

This amounted to a saving in claimed mileage expenses of £281 per annum per driver, based on an average saving of 1,874miles at a typical business mileage rate of 15p per mile.

Paul Chater, Sales Director at Vertivia, said: “The findings are conservative because pre-implementation data in all cases was not available and therefore the trends are likely to be higher than we have shown.

“They prove conclusively that the introduction of a mileage capture system, like Vertivia Mileage Management, can have a profound effect on the business miles driven and claimed by company drivers.

“The very fact that business miles and private miles are being recorded accurately, and that there is total transparency in the way the miles are captured, does seem to have a dramatic impact on driver behaviours.

“This results in a substantial fall in the number of business miles recorded, which can produce savings not just in mileage expenses but in fuel costs, too.

“The average saving per driver suggests that, for a fleet of 1,000 vehicles, a saving in mileage expenses in excess of £280,000 per annum would not be unrealistic.

“However, while some of the changes were down to drivers being more accurate in recording their mileages, others were due to a shift in management practice; for example, the more widespread introduction of teleconferencing, as we have seen at one client.”