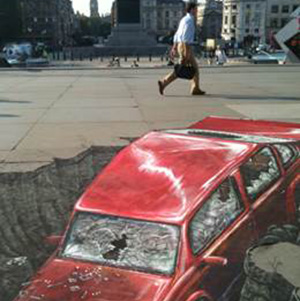 Potholes face a major crackdown, the Chancellor has insisted, after his 2014 Budget pledged £200million of ‘emergency funding’ towards tackling the problem.

The ‘Potholes Challenge Fund’ will allow local authorities to bid for a slice of the cash, in efforts to repair up to 3.2million potholes nationwide.

Reaction from within the automotive and fleet industry has so far been largely positive, with several key players making their thoughts on the matter clear…

Matthew Mycock, Managing Director, said: “It’s excellent news that the problem of potholes has been acknowledged in the Budget with the £200million allocated to repairing these roads.

“These days, it’s practically impossible to avoid driving on a road with potholes and many of our customers are becoming increasingly frustrated with damage caused to their tyres, windscreens and bodywork because of the poor condition of road surfaces and it’s not just the costs that are alarming.

“In our own poll of 3,000 drivers, we found that 80% were worried about having a pothole-related crash and almost half actually had an accident or a near miss because of a pothole, which may mean that drivers might start to spend more time looking out for potholes than keeping their eyes on the road ahead.

“It’s in everyone’s interests to ensure that our roads are as safe as possible and in good repair, so we welcome the new £200million repair fund and look forward to seeing its results.”

Gerry Keaney, Chief Executive, said: “Poorly maintained and repaired roads are the cholesterol clogging up the vital transport arteries of the UK economy.

“The government has realised we have a problem, but providing just an extra £200million for local authority pothole repairs is not nearly enough.”

Neil Greig, Director of Policy and Research, said: “Every little helps and it will be welcomed in many areas hit by this year’s bad weather.

“With a £10billion backlog in repairs, however, it is only through consistent long-term funding that the pothole problem can finally be fixed.”

David Brennan, Managing Director, said: “It was pleasing to finally hear a degree of commitment to upgrading the UK’s crumbling road infrastructure, with the announcement that £200million will be available for repairing potholes.

“Following a series of unfulfilled pledges from the government to address a number of concerns which plague drivers, this long overdue investment in the routes that connect our country will significantly help the thousands of businesses that rely on them every day.”