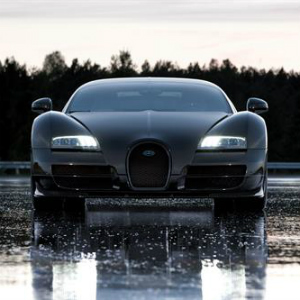 Black Friday is generally the busiest day of the year for online retailers, and one of the fastest-growing used car marketplaces is encouraging sellers of black cars to get in on the act, offering significant discounts to anyone putting a black car up for sale between now and Christmas Eve.

It was motoring pioneer Henry Ford who famously said “You can have any colour as long as it’s black”, and although colour choices have grown somewhat since the days of the iconic Model T, there’s still a huge following from those who like their cars in noir.

According to vehicle paint manufacturer DuPont*, 21% of cars are black, making it the joint most popular colour (alongside blue) for car buyers.

But that’s hardly surprising really, as black cars have a long and dramatic history in popular culture. The Batmobile, Michael Knight’s K.I.T.T. from Knight Rider, Mad Max’s Interceptor, Smokey and the Bandit’s Pontiac Trans Am, The A-Team’s GMC van and the infamous Dodge Charger R/T pursued by Steve McQueen in Bullitt are just some of the shadowy stars of the silver screen.

Even the Munsters chose a black car – their Ford Model T-based Koach remained as Henry Ford intended even when the monstrous family themselves switched from black and white to colour TV.

Today, the diversity of black cars is equally impressive. Currently on AutoVolo, black cars advertised range from a 2001 Fiat Punto Mia at £125 to a 2008 Bugatti Veyron at £899,995, illustrating the sheer diversity of cars for sale on the site.

CEO of AutoVolo Stefan Voloseniuc said: “There’s a very good reason that black cars are so popular. It’s a timeless shade that looks just as smart on a supermini as it does on a top-of-the-range luxury model, and unlike some colours it will never go out of fashion – certainly, we find that black cars don’t tend to hang around for long when they’re advertised on AutoVolo.”

To mark Black Friday, the online car-selling marketplace is offering a 40% discount for owners placing an advert to sell their black car on the AutoVolo site from now until Christmas Eve.

The deal will let them have a Platinum advert for the same price as the Silver package, allowing advertisers to add up to 20 photos, a video and priority listing.

AutoVolo has more than 200,000 cars for sale on www.autovolo.co.uk, of which around 38,000 are painted black.  Sellers include private individuals and around 5,000 franchised and independent dealerships.