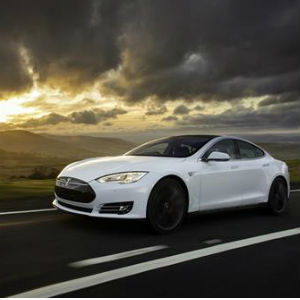 Manufacturers and leading dealers are lining up to exhibit the latest new models and the newest technology at IGNITION, Scotland’s unique Festival of Motoring.

Family cars, performance cars, electric vehicles, hybrids and motorcycles will all be on display… and there’ll even be the opportunity for visitors to book test drives in models they are interested in buying.

Among the manufacturers already signed up are Lexus, Peugeot, Tesla and Triumph Motorcycles while leading brands such as BMW, Mercedes-Benz and Ford will be represented by some of Scotland’s biggest dealers including Arnold Clark, Stratstone, Glasgow Audi, Harry Fairbairn and the Parks Motor Group.

The rise of environmentally friendly low and zero emission vehicles will also be under the spotlight with BMW’s i8 and i3, the Tesla Model S, Nissan LEAF and VW’s Golf E and e-up! among the EVs and hybrids to the fore.

Other exhibitors at the Festival, which runs from 5-7 August at Glasgow’s Scottish Exhibition and Conference Centre, include top classic car dealer Border Reivers, Road Safety Scotland and Glasgow-based UltraXenon while Glasgow’s Riverside Museum will be displaying some of its top transport exhibits.

Other elements of IGNITION include classic car displays and new, classic and custom bikes. There will also be special displays paying tribute to Scotland’s world-beating motorsport heritage as well as a live action zone where displays will include regular performances by the Top Gear Live Stunt Team and a drifting extravaganza headed by Boyzone star and racer Shane Lynch.

And a specially designed and constructed street circuit will include laps on the track from Scottish motor sport stars David Coulthard and Jimmy McRae.

Coulthard will be demonstrating the Red Bull Racing RB7 Formula One car on Saturday and Sunday 6 and 7 August while McRae will be opening the event on Friday 5 August from behind the wheel of son’s Colin’s championship-winning Subaru Impreza. The RB7 will also be one of the major attractions on the opening day, when it will be driven by rising star Sergio Sette Camara from the Red Bull Junior team.

The RB7 will also be one of the major attractions on the opening day, when it will be driven by rising star Sergio Sette Camara from the Red Bull Junior team.

“IGNITION has all the elements to appeal to anyone interested in cars and bikes. Motor sport and classic car fans will have scores of iconic machinery to look at and, in many instances, to see and hear in action. The new car buyer, meanwhile, will enjoy the motor show side of the Festival, knowing that all the latest models will be on hand for side-by-side comparisons and even a short test drive.

Advance tickets, with prices to suit every pocket, are now on sale via the show’s website:www.ignitionfestival.co.uk. The site has full details on all ticket offers, including special VIP entry to the show’s star-studded opening evening, as well as all the latest news and show newsletter.