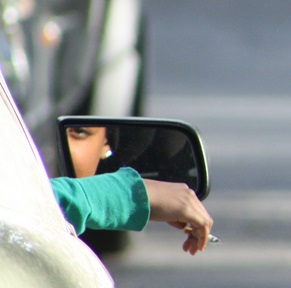 The amendment to the Children and Families Bill, which government have claimed should be enforced in England by 2015, would make it a criminal offence to smoke in cars where children are present.

Birmingham-based DriveSafe insist such a change is vital in protecting children from smoking-related diseases such as cancer, asthma and emphysema.

Fay Goodman, Founder of DriveSafe, said: “Children are at a higher risk than adults from passive smoking because their lungs are smaller and their rate of breathing is faster.

“They are invariably given no choice as to whether they wish to travel in a fume-filled vehicle or not, and are too afraid to ask adults to stop smoking.

“Our aim is not to penalise smokers, but to protect the near half a million children in England that the British Lung Foundation say are exposed to potentially toxic levels of second-hand smoke in family cars every week.

“While we believe in educating people about the health and safety risks involved in motoring, combining education with legislation has proved the most effective way of changing a smoker’s behaviour.”

Image courtesy of will ockenden, with thanks.