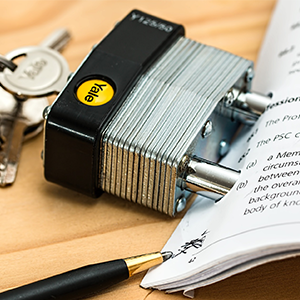 It might not come naturally to Brits, but the power of negotiating could save car buyers on average £1,046 on the advertised price of a new car, with men claiming an average saving of £1,184 and women £891.

According to a new Opinium survey of 2000 UK drivers commissioned by InsuretheGap.com, a new independent provider of GAP (Guaranteed Asset Protection) insurance, launched by award-winning and FCA regulated, Halo Insurance Services Ltd, two thirds (67%) of drivers, when buying their most recent car, had either negotiated on the price or for free extras to be thrown in.

Those aged between 65 – 74yrs were the most likely to negotiate with three quarters saying that they did (75%). Younger drivers were the least likely with only 47% of under 25s negotiating, and 53% of 25-34 year olds.

Surprisingly one in ten drivers (10%) did not negotiate on the price at all when buying a new car, with the 25 – 34yrs age group found to be the least likely (16%) to negotiate.  However even for those who were prepared to negotiate, 7% said they ended up paying full price.

Another extra for drivers to consider when buying cars is GAP (Guaranteed Asset Protection) insurance, sometimes known as ‘shortfall cover’, which covers the GAP between what you paid for a car and what it’s worth in a few years’ time.

In 2015 the Financial Conduct Authority (FCA) clamped down on dealerships selling GAP insurance and introduced a four-day breathing space period to allow consumers to shop around and not to feel pressurised by the face-to-face sales’ environment.

Insurethegap.com’s policies start from just £54.55* and are significantly cheaper than those offered by car dealerships. Cover is available for vehicles worth up to £150,000, covering gaps up to £50,000.

Ben Wooltorton, Director, InsuretheGap.com, said: “Car salesrooms can be intimidating places but this survey shows it always pays to ask for a discount or freebie as some great savings can be made.”

He continued: “Car salespeople based in the South West will have their work cut out with their over 65s!”