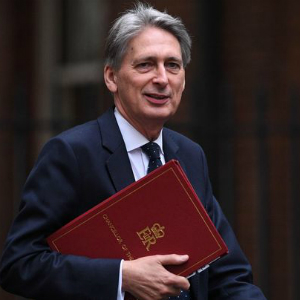 Chancellor Philip Hammond revealed his Autumn Statement today and though it may have been disappointing to many it will also come as a relief that most of the changes were anticipated and as James Monks said in his Expert Blog this week, it was the best we could hope for.

Here are some of the reaction from, across the industry on the changes which will effect not just fleet owners and managers but drivers alike.

“The HMRC’s consultation on salary sacrifice, earlier this year, suggested there would be a shake-up of the employment ‘perks’ system that many employees enjoy. Today’s Statement from the Chancellor confirmed this.

“While it is a welcome move from the Chancellor to exempt ultra-low-emission vehicles (ULEVs) from these proposed salary sacrifice changes – as well as the positive investment of £390m in electric vehicles (EVs) and connected vehicles, plus the 100% first year capital allowances for workplace EV charging – the Government should consider the impact this will have on a large number of hard-working employees across the country.

“Salary sacrifice, in relation to company cars, is not just the preserve of upper middle class workers; it’s an important part of the employment package that many “JAM” workers enjoy, both in the private or public sector. Ultimately a low emission company car is an extremely safe, sustainable and valued benefit for both business and employees to help drive the economy forward.”

“As far as fleet goes, we believe there is a general message in today’s statement that ULEVs – which the Government has generally later defined as sub-75g/km – are the way forward for the company car parc.

At Chevin, we have long been supporters of low emissions technology and, more latterly, electric vehicles in general. We believe that EV technology is moving at a pace that makes its widespread adoption by fleets inevitable over the next few years. Measures such as these can only speed this process.

Other items of interest to fleets include Fuel duty which is again frozen. Insurance premiums are set to rise because of the increase in IPT, although measures are being announced to better control whiplash fraud.

However, all of this is being announced against a continued unpredictable economic backdrop. While there are reasons to believe that the economy will continue to be quite strong, for many businesses there will undoubtedly be increased pressure to control costs and a definite accent on efficiency over the next few years.”

“The Chancellor has underlined how tricky the next few months and years are likely to be because of the economic turbulence created by the BREXIT vote. While the underlying strength of the economy is pretty good, at least in comparison with other, similar countries, we are entering a period where growth will slow, inflation will rise and borrowing will be higher. None of these things are good for the general economy and are certainly not encouraging signs for the motor or fleet industries or for private or business motorists. These are going to be reasonably unpredictable times.

“That is today’s real story but, having said that, there are some points of interest in there. Primarily, there is an underlying push towards ULEV technology that can be seen in the changes to salary sacrifice rules, the new company car tax rates for 2020-21 and even in the capital allowance for EV chargers. It seems pretty clear that the Government envisages us driving around around in largish numbers of electric and advanced hybrid vehicles within five years which, in our view, is a good match for the rate of development of EV technology. This will probably help to power new car sales.

“It is also interesting to see the commitment that is being made to road building schemes, especially on a localised infrastructure level, although the exact details have yet to be announced. This is a Government that continues to be committed to cars, vans and trucks as the most popular means of personal and business transport right across the country.

“At a more prosaic level, for the motorist using their car today, the Fuel Duty freeze is good news, as are the measures designed to minimise false whiplash claims that are pushing up motor insurance premiums. For people whose personal budgets are under some pressure, these measures are worthwhile if unspectacular.”

How does the Autumn Budget affect you and your business? Have your say in the comments below.