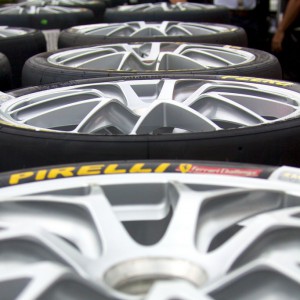 Audi are launching a new Pirelli tyre which reduces noise by 50%.

Designed to reduce tyre noise for occupants of the car, the ‘Pirelli Noise Cancelling System’ is for the first time supplied as original equipment.

Tyre noise, caused by the vibration produced by air compression, is transmitted from tyre to wheel hub, before reaching the cabin via steering and suspension.

However, Pirelli’s system employs a polyurethane sponge on the tyre’s interior, designed to absorb vibrations and reduce the amount of noise passed to the cabin.

The technology reduces noise by between two and three decibels – or, on average, by half – with a consequent improvement in driving comfort.

Pirelli’s development tests have confirmed that the use of this noise-reducing sponge does not have any other effects on the characteristics of the tyre.

Such technology sees Pirelli answer a growing demand in the automotive world for reduced noise levels both on the inside and outside of the car.

The company is also addressing the latest European regulations to reduce noise pollution, as manufacturers require.

At the moment, the ‘Pirelli Noise Cancelling System’ is available as original equipment on the Audi RS6 and RS7, running on 285/30ZR21 and 275/30ZR21-sized tyres respectively.

The tyres using this system have the letters ‘PNCS’ written on the sidewalls to denote its use.

Image courtesy of alexhung, with thanks.