Audi International 2017 All Set For September 16 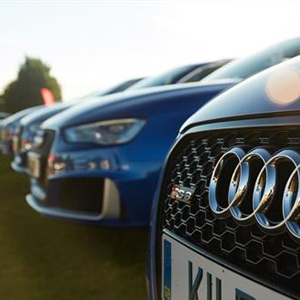 New date, same great location and a reassuringly familiar Audi feel – on September 16, more than two thousand fans are expected to descend on Castle Combe for the leading annual gathering in the Audi enthusiast’s calendar.

Now in its 15th year, Audi Driver International is back and better than ever, with a host of highlights to ensure that every fan of the four rings experiences an unforgettable day out. As a proud supporter of the event, Audi UK will once again be joining in the festivities with a large and varied collection of the latest and greatest models, and much more.

Organised by the long-established Audi Driver Magazine, the hit show offers a huge variety of activities. As well as fast-lapping sessions on the circuit throughout the day, there are demo drives and parade laps, and the paddock area provides many additional attractions including trade stands and displays, a Show ’n’ Shine and Concours, club line-ups and displays, car sales and autojumble area.

For those who want to make a whole day of it, the event continues into the evening at the Hilton Hotel in Swindon, with a reception, gala dinner and presentation of the Annual Audi Driver Awards, followed by a disco and bar.

Audi Sport in focus
As in previous years, the Audi mobile walk-on entertainment will be open to all visitors, offering ample seating on two levels and complimentary wifi and refreshments, plus an expansive collection of the latest official Audi merchandise. An exhilarating line-up of Audi models awaits outside, including the fastest, most powerful drop-top ever built by the premium brand, the 610PS R8 Spyder V10 plus. This 3.3-second, 203mph supercar is joined by two five-cylinder turbocharged titans – the all-new RS 3 Saloon and the TT RS Coupé, both producing 400PS – and the 3.9-second, 450PS RS 5 Coupé introduced in July. Completing the line-up is the 354PS V6 SQ5 TFSI, notable as the first petrol-powered S model in the Q5 range.

In addition to the performance benchmarks spearheading the current model range, Audi will also be displaying three significant examples from its extensive UK cherished fleet. Almost 50 years to the day since it was revealed to the world at the 1967 IAA, the revolutionary NSU Ro80 will be making an appearance at Audi Driver International. Its futuristic design and standard-bearing pursuit of comfort, safety and performance earned it the coveted title of Car of the Year that same year, and it went on to become a motoring icon.

The Audi RS 2 Avant, another seminal car in Audi history will also be on display. Powered by a 2.2-litre turbocharged five-cylinder producing a heady 315PS, the first Audi ‘super Avant’ from 1994 was a joint development with Porsche that delivered supercar performance in a practical bodystyle and subsequently pioneered the hugely successful Audi RS formula for years to come.

Also attending the show is a ‘one-off’ 1991 Audi quattro 20V, expected to be the star of the show in its own right. With a little over 100 miles recorded on the odometer, and owned all of its life by the Audi UK heritage department, the Ur-quattro has never been registered for road use and is absolutely original in every respect. It is one of the most valuable cars in the Audi UK collection and will be wheeled out in recognition of the huge legacy created by the Ur-quattro that still endures to this day.

As well as the hugely popular track sessions that are open to subscribers throughout the day, individuals can also enter into a competition to win hot laps in the passenger seat of a 205mph R8 V10 plus as an instructor from the Audi Driving Experience training programme demonstrates the full performance potential on the challenging circuit.

Capping off the event is the last parade lap of the day, and a chance for spectators to witness an array of owners clubs come together in a truly impressive demonstration of the brand’s model lineage.