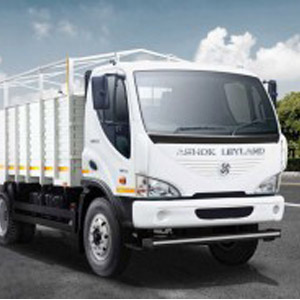 Not everywhere is enjoying expanding markets and signs of growth it seems.

Chennai-based, Indian transport giant, Ashok Leyland, recording a 10% decline, sold only 7847 units this July as against 8746 units purchased in July 2013.

Cumulative sales for the April to July period of FY 2014-15 stood at 27,787 units against 30,470 units recorded during the same period in previous fiscal year, registering a decline of 9%.

An EBITDA margin of 4.7% for the first quarter reflects the Company’s efforts at improving net realization, reducing material costs, and controlling operating overheads; and is a significant improvement over 1.0% for the corresponding quarter of the previous fiscal year.

Vinod K. Dasari, Managing Director at Ashok Leyland Limited said: “Although TIV dropped by 10%, we increased our share by 2.3% – largely on account of the outstanding performances of our ICV, tipper, and tractor segments.

“Our new products such as BOSS continue to perform exceedingly well, and several variants are planned in our LCV range as well.

“We are also quite excited about the prospects of CAPTAIN and JANBUS.

“We are confident the market will strengthen and we will continue our efforts at offering class-leading products and services to our customers.”

British based Leyland Motors joined Ashok in 1954 with equity participation by Leyland Motors, changing the name of the company to Ashok Leyland and started manufacturing commercial vehicles.

Under Leyland’s management, with both British expatriate and Indian executives, the company grew in strength to become one of India’s foremost commercial vehicle manufacturers before collaboration ended sometime in 1975, though, through the holding of British Leyland, technology assistance continued until the 1980s.