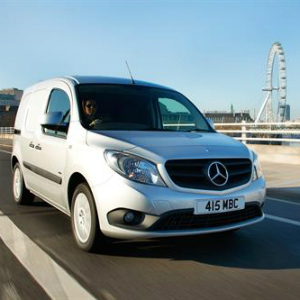 An increase in fuel consumption of more than 20% between an unladen panel van and the same vehicle with 75% of its maximum payload has been recorded by Arval.

The controlled trials were designed to underline the importance of ensuring that LCVs are only carrying the load needed on any given journey.

A popular SWB panel van was driven in controlled conditions over a 49.1 mile course for the test at 0%, 25%, 50% and 75% of its 1,079kg maximum payload. The tests were all at the same time of day, an eco driving style was used and air conditioning was switched off.

Arval Fleet Consultant Liam Cresswell said: “Fleet operators know that payload has an impact on fuel consumption but perhaps are not aware of the degree. These results are marked. A van that is carrying a 75% payload is using a fifth more fuel, which is a considerable cost increase.

“This has direct operational implications, the most immediate and direct of which is to ensure that your vans are not carrying any weight that isn’t needed. This is something that needs to be communicated effectively to drivers.

“In the medium term, you should also endeavour to raise driver awareness of the payload of their vehicle and how to use it to maximum advantage. Vehicles should be clearly labelled with payload information and education for drivers is very useful.

“It is also worth considering the question of storage systems. Good, modern, lightweight racking can help to maximise the carrying capacity and payload of a vehicle and generally increase its efficiency in use.

“Finally, this is an issue that can influence the selection of vehicles. A smaller vehicle operating near its payload capacity will always be a more cost-effective transport choice than an underutilised, larger van.”

Liam added that even the unladen vehicle in the test had been more than 25% adrift of the manufacturer’s official combined MPG figure.

“Official MPG figures are obviously carried out in controlled test conditions but this shows once again that they only provide an indication of performance in real world conditions.”