Are you ready for the Direct Vision Standard and HGV Permit Scheme?

Vehicle and fleet technology specialists CameraMatics conducted an anonymous, independent survey on the level of readiness for the Direct Vision Standard (DVS) and HGV Permit Scheme.  The new scheme will require all HGVs over 12 tonnes GVW to hold a valid permit to operate in or enter the Greater London area. 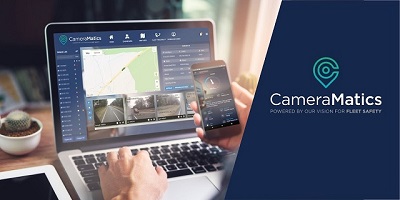 Of Greater London-based respondents, only 22.2 per cent told CameraMatics that ‘Yes, my HGVs are ready’. 14.7 per cent said some of their vehicles were ready. 26.9 per cent were unsure.

However, 36.9 per cent, over one third, reported that none of their HGVs are ready for the scheme.

Interestingly, responses of non-London based HGV Fleet Managers were split along the same lines. An even smaller percentage, at only 20.1 per cent told CameraMatics that their HGVs are ready, with 12.7 saying some of their vehicles are ready. 28 per cent were unsure.

Again, the highest proportion of responses, 39.1 per cent, said none of their HGVs are ready for DVS.

CameraMatics also suggest that there is a lack of clarity over the scheme start dates. The Mayor of London, Sadiq Khan, announced on 9 April 2020 enforcement of DVS is postponed until at least the end of February 2021. This is to give the freight industry more time to prepare and recognises the additional pressures on the sector owing to the Coronavirus outbreak.

But, although enforcement is delayed and vehicles will not be fined until 1 March 2021, the new legislation will be in place as planned from October 2020, and this date still appears in a number of places. There seems to be confusion about when HGVs need to be ready.

CameraMatics contacted TfL directly for clarification, and were told that vehicles without an HGV Safety Permit will be ‘banned’ from Greater London from 26 October 2020. The use of the word ‘banned’ could be confusing. Does it mean a vehicle won’t be allowed into the Greater London area, or may be turned away? This is unlikely because TfL will use ANPR cameras for enforcement. CameraMatics tried to get written confirmation of what ‘banned’ means in reality in this instance, but were invited to keep an eye on the TfL website.

Commenting on the survey results, CameraMatics Technical Director Steve Warne said, “It is concerning that so few HGV fleet managers are reporting their vehicles are ready for the Direct Vision Standard and HGV Permit Scheme. Some operators will find their vehicles are already compliant and simply need to apply online for their permit, but others will be given a zero-star rating. In this instance, a Safe System will need to be retrofitted to each vehicle so the operator can apply for, and receive, a permit.”

Steve added “I would urge companies not to leave this until the last minute. March 2021 and enforcement of the new rules will be here before we know it and the run-up to the festive season is always a busy time for the freight and logistics industry. Our advice to fleet managers who are unsure or concerned would be to get the ball rolling now. At CameraMatics we’re always more than happy to help and advise any operator who wants to improve the safety of their HGVs and vehicles for the sake of all road users, including HGV drivers themselves.”