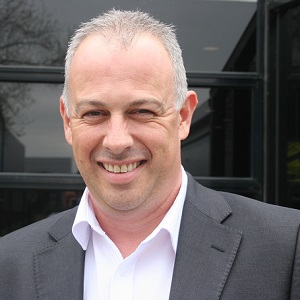 AGA Rangemaster has re-appointed CLM as its fleet management provider – just two years after it left for another fleet management supplier and following a previous relationship with CLM that lasted 11 years.

AGA Rangemaster, the UK manufacturer of eponymous cast iron range cookers, kitchen appliances and sinks, is based in Leamington Spa, Warwickshire. It was bought by American food services company Middleby Corporation of Elgin, Illinois for £129 million in 2015.

In the UK, the company operates a fleet of mainly job need cars for its sales force and some management cars.

The all-diesel fleet, bar two hybrid vehicles, is currently made up of vehicles from four main manufacturers: Skoda, Kia, Volvo and Audi, and is funded by contract hire and leasing arrangements for 36 months/80,000 miles, supplied by five different leasing companies.

AGA Rangemaster had previously been a client of Newport Pagnell-based CLM for around 11 years, from 2005 to 2016, and made the initial approach itself to re-appoint CLM last month.

Under the renewed relationship, CLM will be looking to bring down acquisition costs by employing competitive tendering through its Smartpanel fleet funding system using a mix of four different leasing companies, as well as re-negotiating manufacturer discounts.

At the same time, CLM intends to move the AGA Rangemaster fleet to Pay-As-You Go vehicle maintenance with the intention of reducing service and maintenance costs by around 20%, and will carry out the management of all invoices from third party suppliers.

It will also work with its chosen vehicle manufacturers to understand the impact of the new WLTP (Worldwide harmonised Light Vehicles Test Procedure) emissions testing cycle on company car drivers and their Benefit-in-Kind tax bills, as well as initiating an indepth review of alternative power trains.

AGA Rangemaster fleet manager, Diane George, said:”We had a good working relationship with CLM previously and know that they can take the time-consuming aspects away from the management of our fleet, as well as providing clear reporting to easily digest the areas of interest.

“Their people are professional and friendly, and we are looking forward to them creating cost savings and negotiating the most competitive prices for us, as well as generally taking the hassle out of the running and management of our fleet.”

CLM Commercial Director, Andy Short, commented: “We are delighted to welcome AGA Rangemaster back into the CLM portfolio of corporate clients. They had been a longstanding client of ours for many years and we are very pleased they have chosen to return to the fold.

“We will be bringing in a number of fleet efficiencies to run their fleet more effectively and to lower their overall fleet running costs, which will include reviews of powertrains, acquisition costs and service and maintenance expenditure,” he said.