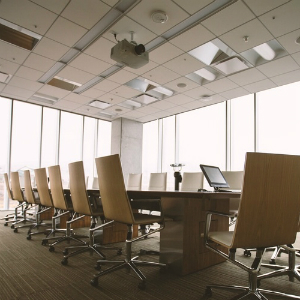 At the HMRC meeting a range of tax-related issues were discussed including:

ACFO was represented at the HMRC meeting by chairman John Pryor and deputy chairman Caroline Sandall and they were joined by Jay Parmar, director of policy and membership at the British Vehicle Rental and Leasing Association.

The government is seeking responses to all three consultation documents over the coming weeks and ACFO will formally respond. However, Mr Pryor said that HMRC had made it clear that it also wanted to hear from individual companies and fleet managers.

However, commenting on the ‘Consultation on Salary Sacrifice for the Provision of Benefits-in-Kind’ document, which explores the potential impacts on employers and employees should the government decide to change the way the benefits code applies when a benefit-in-kind is provided in conjunction with a salary sacrifice or flexible benefit scheme, he said: “ACFO considers salary sacrifice as a funding method and is therefore neutral in its viability.”

But, government believes that the growth of salary sacrifice, including for cars, has resulted in an increasing cost to the Exchequer due to the loss of tax and National Insurance contributions.

Mr Pryor added: “We have real concerns about introducing a change of this magnitude without mentioning any ‘grandfathering’ in relation to existing salary sacrifice schemes. It would be unfair on drivers to force cost increases part way through a contract period.

“ACFO is concerned about the timescale of the introduction of any changes if current rules are altered. Many companies will struggle to make changes for salary sacrifice car schemes by next April.

“What’s more, employers with active salary sacrifice schemes and their employees potentially face unknown risks as vehicles are being ordered now and over the coming months without knowledge of what may happen in the future. There are a lot of issues and companies must assess the potential impact.”

Mr Pryor said: “We know that salary sacrifice schemes have been very successful in introducing low CO2 cars to employees – whether they previously had entitlement to a car or cash allowance – and that when no scheme is available, the private car driven typically has higher emissions CO2.”

The document outlines how existing CO2-based company car benefit-in-kind tax bands could be restructured with the potential to further differentiate between ULEVs by how many zero emission miles a vehicle could travel.

Mr Pryor said: “What the government is proposing makes logical sense. However, ACFO’s major concern is that just as the current tax system is straight-forward to understand and administer that must be the case with any revisions. If a mileage element is introduced it must be fair and sensible.”

He added: “At the meeting HMRC made it clear that it wanted to hear the views of individual fleet managers as well as company car drivers and not only those of trade associations such as ACFO. We are therefore asking our individual members to respond to the consultation documents.”

Commenting on HMRC’s online service for employees to update their company car and fuel benefit details – https://www.gov.uk/update-company-car-details – Mr Pryor said: “It is a great service and easy to use. HMRC wants more employees to use the service and we will be encouraging our members to make their drivers aware of the system.”

On the amendment to the ‘fair bargain’ loophole, Mr Pryor said: “Our belief is that very few businesses are affected. However, HMRC indicated that perhaps more employers were effected than we envisaged.”

He concluded: “HMRC made it clear that it wants to have regular – perhaps quarterly meetings – with ACFO to discuss issues of mutual interest and concern. We are delighted that HMRC wants to engage with ACFO and we have an ‘open door policy’ with them and would encourage officials to attend our meetings and seminars.”

Fleet managers have complained of a huge increase in administration following introduction in late 2014 of the “free flow” Dartford Crossing charging scheme.

There have been numerous complaints from ACFO members related to the introduction of Dart Charge including an inability to access online accounts, vehicles charged in error and complexity surrounding account administration, which has all contributed to fines for non-payment being issued collectively running into thousands of pounds.

ACFO director Debbie Floyde met Highways England officials, which oversees Dart Charge on behalf of the government and outsourced its operation to Sanef.

Ms Floyde said: “Highways England made it very clear that it was prepared to engage in conversation with ACFO and was happy to have direct contact with members if they were finding it difficult to resolve issues with the operator.”

A Highways England representative spoke at ACFO’s 2015 autumn seminar and Ms Floyde said: “The organisation has been made very aware of our continuing concerns.”

Meanwhile, ACFO continues to call for a single centralised database to hold vehicle data for all road charging schemes, including the Dartford Crossing as well as existing London Congestion Charge, Severn River Crossing and M6 Toll and any future schemes.

Mr Pryor said: “We would like to see one centralised database that fleet managers need to keep up to date with vehicle data and in credit with an account debited by the operator of each charging scheme. Fleets would need to have a solution in place to recharge drivers for private use.”

All cars first registered before 1 April, 2017 will remain in the current VED system, which will not change.

Ms Sandall said: “DVLA wants ACFO to publicise the changes as the date for their introduction looms and we are happy to oblige.”

Subsequently, there has been growing pressure on employees, employers and doctors to alert the DVLA to any medical condition and disability that could impact on an individual’s ability to drive.

Ms Sandall said: “The DVLA is reaching out to ACFO to raise awareness of all issues around medication and its impact on the ability to drive. It is a message that ACFO will promote to its members.”