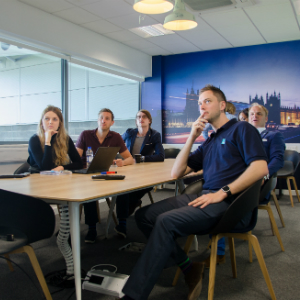 ABAX was singled out as the fastest growing telematics company in Europe, growing by 50 per cent in 2015 to record a company revenue of NOK 359 million (£30m).

The growth of ABAX is based on a combination of organic growth fuelled by high sales numbers, profitable operations and through new acquisitions.

Bjørn Erik Helgeland, ABAX Chief Operating Officer, said: “We have kept our eye on the ball and remained true to our own growth plans. It is thanks to our leading technology and a highly competent and enthusiastic workforce that we now see these results. We are confident about what the future holds for our company.”

ABAX’s core products are fleet management software, Triplog mileage capture technology and equipment monitoring devices. A total of 160,000 vehicles were under management in Europe by May 2016, with 140,000 of these subscribers having access to fleet management functionality.

Chris Miller, ABAX UK Chief Executive, added: “The findings of the Berg Insight report reinforce what we know of the market, and that is that the total number of commercial vehicles in Europe is increasing at the same time as the market penetration for each country continues to grow. There is also an increased overall focus on compliance to the EU-rules and regulations that comes with owning commercial and company vehicles.

“In the UK we are talking to more and more business owners who want to realise the efficiencies a fleet management or telematics system allows. Our recent campaign Know ABAX, Know The Rules highlighted this with a focus on making sure UK fleet drivers are compliant with the HMRC and don’t get caught out by the tax man.”

Looking ahead, The Berg Insight report stated that ‘overall the prospects for 2016 look positive and most vendors expect higher growth as the overall economy in the region improves even further.’