The 999 Show On Bank Holiday Monday 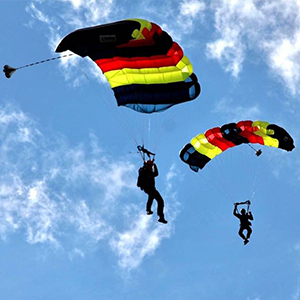 Mary Montagu-Scott, the new High Sheriff of Hampshire, will welcome Southampton Football Club legend Francis Benali to Beaulieu’s The 999 Show as the star of a staged VIP kidnap attempt before unveiling her newly-branded Sheriff transport.

Footballing hero ‘Franny’ Benali will be guarded by the Specialist Operations Regiment, Royal Military Police in a kidnap attempt demonstration on the Beaulieu Events Arena. Show-goers can see the real-life bodyguard techniques used to protect Franny in the grounds of the National Motor Museum.

Then to mark the start of her year in office, Mary’s everyday transport – an unremarkable Skoda Yeti – will be transformed into a machine fit for law enforcement with a new Sheriff livery. This dramatic metamorphosis will include the traditional High Sheriff coat of arms on the bonnet.

The 999 Show at Beaulieu will celebrate the work of the emergency services and to highlight the eye-catching liveries on real-life emergency services vehicles, Bluelite Graphics will be dressing the Sheriff’s Skoda at the show before parking it on display beside the Events Arena.

Motoring enthusiasts can also see an amazing collection of historic emergency services vehicles in a display by the Blue Light Vehicle Preservation Group. Equally fascinating will be two World War II themed trailers, which recreate shelters that were familiar to blitzed Britons in period-perfect detail. A mobile recreation of a 1940s police station will be set up in the Beaulieu grounds, joined by an Air Raid Precautions mobile unit built using a vintage caravan.

Visitors can look to the sky for a demonstration by the Royal Electrical & Mechanical Engineers Parachute Display Team, weather permitting. Leaping from their aircraft at 5,500ft above the Beaulieu showground, the skilled parachutists will leave smoke trails as they accelerate to 130mph, before opening their parachutes and flying The 999 Show flag and the Union Flag as they land. After presenting the flags, the team will greet visitors and give a final salute.

Also on the arena during the day will be double-time marching military band performances by the Rifles Band Winchester, as well as the rescue of a casualty from the scene of a crash as the emergency services stage an extrication display.

In a CSI Beaulieu murder mystery at Palace House visitors can find out from forensic investigators how to hunt for clues, dust for fingerprints, collect evidence and photograph the scene of a crime. A cast of Beaulieu guides and actors will bring the story to life for event-goers to follow the murder trail around the Montagu family home. Once the crime has been solved at the end of the trail, see how it feels to be locked inside a prison cell with a visit to the groundbreaking Prison Me! No Way!mobile prison cell van raising awareness for young people about the causes, consequences, and penalties of crime.

Community Speedwatch will be monitoring the sedate speeds of a diverse selection of vehicles as they trundle around the grounds during the show, ranging from a Victorian Penny Farthing bicycle to a veteran car. 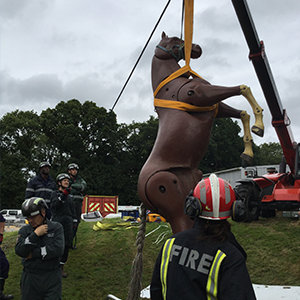 A treat for animal lovers will be the chance to see some of the animal and human heroes of the emergency services, with police puppies and retired German Shepherds from the charity Pensions4Paws. The Hampshire Search and Rescue Dogs team will be bringing along some of its life-saving canine colleagues, while visitors can also watch dog skill demonstrations from the Hampshire Fire and Rescue Service.

For family fun, see the New Forest Agisters’ pound while special constables will be bringing a police horse. Watch a painstaking rescue demonstration of a full-size model horse, using real-life techniques and equipment.

All of The 999 Show event features are included in a general admission ticket to Beaulieu. Entrance also offers access to the whole Beaulieu attraction, including the National Motor Museum and its collection of more than 250 vehicles, the World of Top Gear, On Screen Cars, the 13th century Beaulieu Abbey, Palace House – which has been home to the Montagu family since 1538 – and its stunning grounds and gardens.