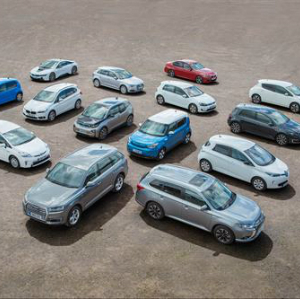 Sixty-five UK organisations have been awarded ‘Go Ultra Low Company’ status since the initiative launched in May 2016, with Transport for London, University of Cambridge, Britvic and POD Point among those signing up to the new ‘green standard’ for business motoring.

The Go Ultra Low Companies initiative has been endorsed by government and the automotive industry, and recognises organisations that are leading the electric motoring revolution by using electric vehicles (EVs), and pledging to buy even more.

Transport Minister John Hayes said: “It is fantastic that so many companies are leading by example and adding electric vehicles to their fleets, and we want more to follow suit. These companies will benefit from the fuel and tax savings electric vehicles offer, as well as helping to protect the environment.

“The government is determined to make zero-emission vehicles the best choice for everyone, which is why we have pledged £600 million to support uptake of greener vehicles and work towards making nearly every new car and van in the UK zero emission by 2050.”

Poppy Welch, Head of Go Ultra Low, said: “The response to the Go Ultra Low Companies scheme has been excellent, from both the private and public sectors – ranging from small businesses to an 800-year-old university. This eclectic mix of Go Ultra Low Companies is setting an example for the rest of the UK. With more and more electric vehicles now available, we encourage every organisation and fleet to consider switching to electric.”

Public and private sector organisations that already use EVs, or offer them to employees as company cars, are eligible for Go Ultra Low Company status, providing there’s a commitment for EVs to make up at least 5% of their vehicle fleet by 2020.

One such public sector organisation is Transport for London (TfL) – in 2018 it will have 120 electric vehicles in its fleet, up from 16 today, which is well in excess of the target required to be a Go Ultra Low Company.

Lilli Matson, TfL’s Head of Strategy and Outcome Planning, said: “Our fleet of electric vehicles keeps the capital moving by helping to maintain the street network and keep buses on the roads. It is essential that whilst doing this we minimise the impact on the environment. The granting of Go Ultra Low Company status is a welcome recognition of our efforts to lead by example and address the challenge of cleaning up the Capital’s toxic air.

“I would urge as many of the city’s businesses and institutions as possible to aim for this standard. Increased uptake of environmentally-friendly transport creates a virtuous circle of economies of scale, cheaper vehicles and the creation of a mass market.”

The first 65 Go Ultra Low Companies include a mix of public and private sector fleets, spanning the length and breadth of the UK. The University of Cambridge is one of five British universities signed up to the scheme – with its nine EVs currently representing a 9% share of its total fleet. The world-renowned academic institution aims to increase this share to 20% before the end of the decade.

Britvic, the famous soft drinks producer, currently has 20 EVs on its fleet, and plans to increase this number to at least 50 by 2020 – representing a 10% share of its total fleet. POD Point, a leading provider of electric car charging stations, runs a 100% electric vehicle fleet for its own staff – the company aims to increase its number of EVs from 20 to 100 before 2020. Co-wheels, an independently-owned national car club, offers 70 EVs to its members, representing 14% of its total fleet. The club has ambitions to raise this to 40% in the next three years. Vital Energi, a sustainable and renewable energy company, currently has 32 EVs on its fleet, representing a share of 35%, and the company aims to increase this to at least 40% by 2020.

The fleet sector’s willingness to embrace EV technology was evident in the first half of 2016, with more than 45% more electric cars registered in this January-June period than in 2015 according to data from the Society of Motor Manufacturers and Traders (SMMT). The rise bolsters the fleet sector’s leadership in the move to electric with businesses making up 72% of the registrations volume for the year so far.

Go Ultra Low exists to help UK organisations and motorists understand the benefits, cost savings and capabilities of the raft of electric vehicles on the market. The collaborative campaign is the first of its kind, bringing together a consortium of vehicle manufacturers, Government and the SMMT.