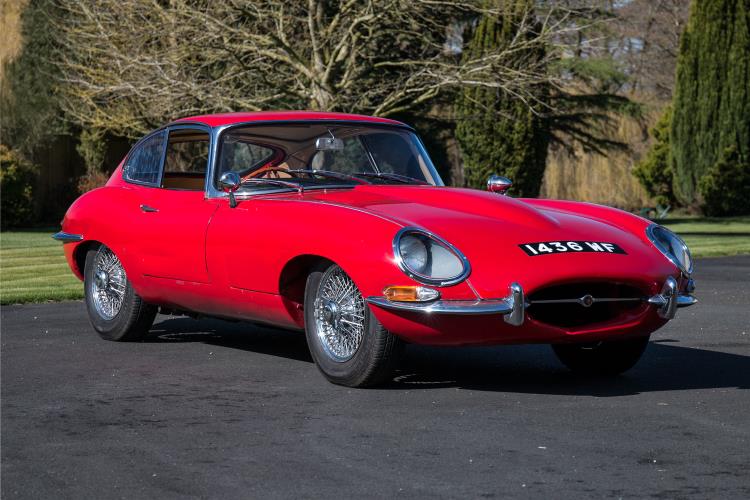 Silverstone Auctions has confirmed that a significant Jaguar E-Type 3.8 ‘Flat Floor’ coupé will be offered for auction at its May Sale on 19th May at Silverstone racing circuit.

Silverstone Auctions’ classic car specialist, Richard Greenhalgh said, “The Jaguar E-Type is a consistently popular car with the public and enthusiasts alike, with its sweeping curves and stylish design making it one of the most beautiful cars of all time. This is a unique opportunity to buy a significant numbered car, there is only one after all!”

This particular right-hand drive E-Type was first purchased on 21st December 1961 from RB Massey in Hull. The owner cherished the car but an expanding family necessitated two more seats so it was part exchanged in 1965 for a Jaguar MkII saloon. The car remained in Yorkshire until 1976 when it was purchased and moved to Glasgow. The owner’s aim was to restore the car when time and funds permitted. During this time various works were carried out including a colour change to red, but it doesn’t appear to have ever been finished. The E-Type was sold on again in 2003, during which time the owner returned it to roadworthy condition before selling it to its current owner who has owned it for the past 15 years.

Chassis #860100 is fitted with its original 3.8 litre 6 cylinder engine that was sent to VSE Engineering for a full rebuild in 2004, and has only covered 1,200 miles since. At the same time as the engine removal the E-Type was treated to a full brake rebuild and rear axle removal. The Jaguar was given a full re-trim in Tan leather and repaint in Carmen Red later on in its current ownership, along with a new fuel tank and a full stainless steel exhaust system.

Today the beautifully presented E-Type has been used only occasionally for classic car runs and shows. The bodywork is described as solid with no obvious signs of deterioration.

“In early 1962 this would have been the most shockingly beautiful car the people of Hull had ever seen, and today she’s a true survivor. Whether the new owner wishes to return her to those heady days or just keep her well maintained and treated to an occasional day out, it would be good to play a part in the next stage of that journey,” concludes Richard.

The Jaguar E-Type is supplied with its Heritage Certificate, drivers’ handbook and receipts for work totalling over £14,000. Also included is the VSE engine rebuild data sheet as well as MoT certificates dating back to 1990, along with a current MoT issued on 15/04/18 with no advisories.

To find out more about the 100th right hand drive Jaguar E-Type 3.8 coupe and the Silverstone Auctions May Sale, please visit: http://www.silverstoneauctions.com/jaguar-e-type-11700