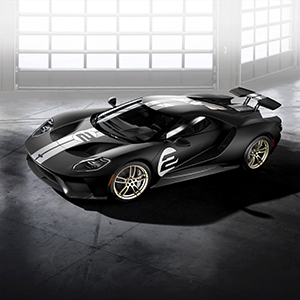 Ford today delivered its most exciting and comprehensive line-up of Ford Performance models ever.

Introducing an all-new 200 PS, three-cylinder 1.5-litre EcoBoost petrol engine that will deliver an unprecedented combination of power and fuel efficiency, the next generation Fiesta ST is developed using the same Ford Performance innovation mindset that delivered the Ford GT ultra-high-performance supercar, on show in Ford GT ’66 Heritage Edition livery for the first time in Europe at the Geneva Show.

“Accessible performance is at the heart of what we do at Ford,” said Jim Farley, European chairman and CEO. “From the active aerodynamics of the Ford GT supercar to the Drive Modes of our next generation Fiesta ST, our Ford Performance models are developed using innovation that brings the driving thrill of our race cars to customers on the road.”

Ford Performance serves as an innovation laboratory and test-bed to create unique performance vehicles, parts, accessories and experiences for customers. This includes developing innovations and technologies in aerodynamics, light-weighting, electronics, powertrain performance and fuel efficiency that can be applied more broadly to Ford products.

The third generation of Fiesta ST will be the first Ford Performance model ever powered by a three-cylinder engine and the first Fiesta ST to feature selectable Drive Modes.

New Drive Modes will enable engine, steering and stability controls to be configured to Normal, Sport and Track settings for an optimised fun-to-drive experience, and adjust the model’s Electronic Sound Enhancement technology and active exhaust noise control valve to deliver an even more satisfying driving experience by amplifying the naturally sporty sound of the three-cylinder engine. 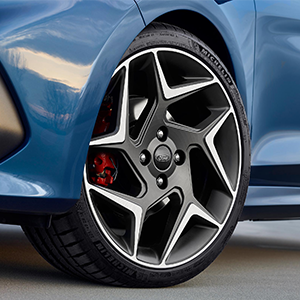 “Our next generation Fiesta ST is true to the philosophy of delivering cutting-edge technology to enhance every facet of the responsive Ford Performance chassis and powertrain,” said Joe Bakaj, European Product Development vice president.

“With selectable Drive Modes and an all-new EcoBoost engine delivering an unprecedented combination of performance and fuel-efficiency, the new model will deliver the most versatile fun, engaging and rewarding Fiesta ST driving experience yet.”

The next generation Fiesta ST also will be offered with a greater variety of interior trim and personalisation options than ever before, and will be available in both three-door and five-door bodystyles from early 2018. 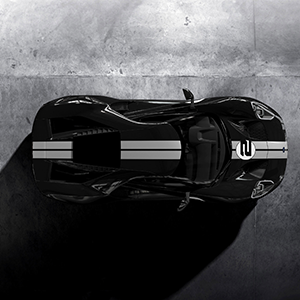 The Ford GT’s 3.5-litre V6 EcoBoost engine is SAE rated at 647hp and 550lb per ft of torque in U.S. specification. A top speed of 216mph makes the Ford GT the fastest Ford production vehicle on the track ever.

Ford made an historic return to Le Mans last year, taking victory in the LM GTE Pro class with the Ford GT race car – exactly 50 years after recording a 1-2-3 clean sweep at the 1966 race – and earlier this year announced four Ford GTs will compete at the 2017 Le Mans 24 Hours, June 17-18.