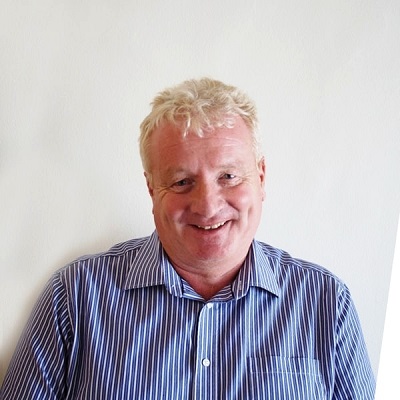 Sharpfibre, which has its head office in Basildon, Essex, provides passive fire protection systems and life safety solutions throughout the UK and Europe, and has protected some of the UK’s most iconic building projects including Canary Wharf, the London Olympic Stadium and the ‘Walkie Talkie‘ building  at 20 Fenchurch Street.

Given the nature of its business, the company, which operates a fleet of 10 company cars and 10 panel vans, wanted to further enhance its green corporate social responsibility image and switched from the all-hybrid vehicles it was previously operating to the new all-electric cars.

The Tesla Model 3s were provided by Gofor Finance, which provides a suite of end-to-end fleet management services including funding, consultancy and advice linked to high levels of customer service, on three year contract hire arrangements with pooled mileage of 600,000 miles.

“Journeys may take a little more planning, but there are now enough chargers around the country so that none of our drivers have ever run out of electricity and we have experienced very little range anxiety,” he said.

Harper said that Sharpfibre had selected nine Long Range Tesla 3 models which have a quoted range of 340 miles for project managers and sales people, and one Performance model, which he, himself, drives.

“The cars have proved to be superb with very precise handling and outstanding performance, while the technology within them is little short of astounding. The realistic range has actually worked out to be more around 250 miles, depending on driving style.” he added.

Harper said that charging the new Tesla fleet had not proved a problem. “We have two chargers here at our head office car park, which are in constant use, while Tesla’s own high speed chargers are capable of charging the battery to its maximum range  in half an hour.

“And there are plenty of chargers at service stations that can add 160-180 miles of range in around 20 minutes, which is just enough time for a coffee,” he said.

When it came to the procurement process, Harper said that he could not fault Gofor Finance from beginning to end.

“To start with, they were keenest to win our business. Their rates were very competitive and their service levels first rate. I have had more customer service calls in the last six months than in the previous six years with our former provider.

“Gofor Finance are in regular contact regarding our thoughts on running an all-electric fleet and ways in which they might be able to help us further, as well as offering useful advice,” he said.

Sharpfibre drivers use Gofor Finance’s driver app to record all miles travelled, as there is no distinction between business and private miles for EVs, and the results are then automatically downloaded into the Gofor Finance online fleet management system.

“This way we are able to keep an accurate handle on the mileages we have driven in relation to our pooled mileage target,” added David Harper.

Graham Leslie, Managing Director at Gofor Finance, said: “Naturally, we are delighted that Sharpfibre has had a very positive experience in running an all-electric car fleet, which given the Government’s recent announcements, will be the way that all companies will have to go in the not too distant future.

“From April, they will also be able to do so at very attractive Benefit-in-Kind tax rates given the results of last summer’s consultation with HMRC, which were ratified at the Budget.

“As a consequence, all electric cars will have a 0% tax rate, rising by just 1% in the following two years. We believe this will give a very clear signal to the market and help make more businesses decide to go down an all electric route,” he said.