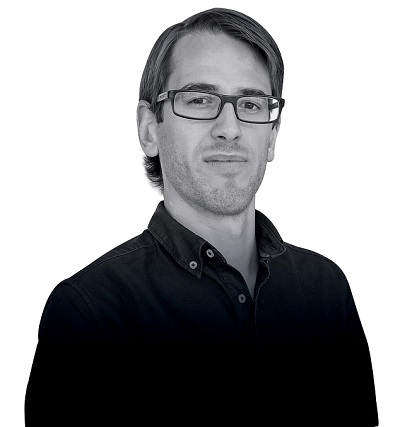 Hasty drivers risk paying much more for their car than they need to, by failing to shop around and not taking time to read the confusing small print behind headline car finance figures.

That’s the warning from the online motor retail marketplace BuyaCar.co.uk, who have revealed the top four ways that car manufacturers can confuse customers with competing PCP finance figures and unhelpful terminology – to help drivers work out the best deal for them.

And it turns out that some of the confusion even stems from the baffling array of regulations originally introduced to protect consumers.

Headline APR (Annual Percentage Rate) interest figures
“You might think that 0% APR – also known as interest-free credit – PCP offers are the ultimate best value finance options available. However, where a manufacturer offers multiple offers on the same car, it’s often the case that a 3% or even 5% APR deal could cost drivers less than a 0% APR one – providing lower monthly payments and a smaller overall bill, as the interest rate doesn’t tell the whole story,” Christofer Lloyd explains.

“This is because there are multiple factors affecting the overall price you will pay with PCP finance – the most common form of finance taken on new cars, which is also becoming more popular for used car purchases. So, it’s not unusual for the higher interest rate deal to end up costing you less.”

Christofer cites the example of two deals currently offered on a popular Nissan Micra model, which has a cash price of £15,330*.

“Opt for this car on 0% APR PCP finance and put down a deposit of £1,630, Nissan makes what it calls a ‘deposit contribution’ of £210 – a discount in other words – and then you pay £202 per month over three years, handing the car back at the end of the contract. A good deal, you might think.

“However, also available from Nissan on the very same car is a 4.99% APR option. This might sound like a far pricier option than the 0% scheme above, but this time Nissan makes a £2,200 deposit contribution discount, which slashes monthly payments down to just £184 with the same contract terms.

“So in this case, going for zero rate finance costs you £18 per month more and almost £650 extra over three years, compared with the 4.99% option. This is because APR figures ignore deposit contribution discounts – meaning that with new cars, where substantial manufacturer contributions are often available, drivers cannot rely on the APR figure to highlight the best value offers.”

‘Total amount payable’ doesn’t always show the total you’ll pay
Christofer explains: “Every PCP finance quote must show a ‘total amount payable’ figure and taking the same example of the Nissan Micra offered at 0% and 4.99%, the figure listed for the 0% finance deal is £15,330 – the same as the cash price, with no interest added. Meanwhile, if you look at the ‘total amount payable’ for the 4.99% deal, that’s shown as £16,673 – more than £1,300 higher. However, neither of these figures are accurate.

“The misleading factor for drivers here is that the £2,200 deposit contribution from Nissan with the 4.99% option is included in the ‘total amount payable’ for the car – even though you’re not paying this. The real amount you’d pay, if you put down the deposit, made the monthly payments and then bought the car by making the ‘optional final payment’ is £14,473 – far less than the £15,330 cash price and around £650 less than the 0% APR alternative.

“The use of confusing terms such as ‘deposit contribution’ have arisen as regulations prohibit companies from charging customers different prices for choosing one method of paying for a product over another. And that means that the ‘deposit contributions’ offered by manufacturers cannot be listed as a discount – as they are only available to those taking certain types of finance.

“As a result, the guidance on fair pricing has resulted in misleading ‘total amount payable’ figures – where deposit contributions are offered. This means that the numbers customers need to make an informed decision about which finance option is best for them are typically not provided.

“Furthermore, most people hand the car back at the end of a PCP contract so the total amount payable is irrelevant to most drivers anyway – as it reflects what you’d pay if you bought the car when the contract ended. Manufacturer offers never present what you’d pay to run the car for the length of the contract and then return it – the amount a vast majority of real consumers actually pay.

“Some manufacturers do stand out for making their deals clearer, though. An example is Fiat, which uses the phrase ‘total amount payable by customer’ in their figures to show what you’d actually have paid overall if you bought the car at the end of a PCP contract. This reflects the fact that you don’t pay the deposit contribution, but Fiat is an exception rather than the rule in this area.

‘Unnecessarily variable jargon’ and confusing language
Christofer says: “Even if you get your head around the fact that APR and total amount payable figures can’t always be trusted, decoding finance offers is made even more difficult, as manufacturers use deliberately baffling terminology to describe the same things.

“Despite them all being effectively the same format, manufacturers also give their PCP finance offers wildly varying names, which also makes getting simple comparisons between brands more difficult for drivers.

“Take, for example, how Volvo refers to Hire Purchase – finance that involves a deposit, followed by a series of monthly payments after which you own the car – as ‘Volvo Car Purchase Plan’.

“Meanwhile, Volvo’s PCP (Personal Contract Purchase) offer – finance that involves a deposit, a series of monthly payments and then a large optional final payment made if you want to own the car – is branded as ‘Volvo Car Advantage’.

Adding further confusion, other brands use terms such as ‘Solutions’, ‘Select’ and ‘Access’ for their PCP offerings – often with additional abstract names for any Hire Purchase options.

Some deals that look good cost drivers more than alternatives
Christofer says: “In the case of the Nissan Micra deal we described above, you may be naturally tempted to take advantage of the apparently great value offered by 0% finance. But there are no circumstances under which that offer leaves you better off than if you chose the 4.99% APR alternative, as a greater discount is offered with the latter.

“That means it’s easy to see such ‘deals’ as nothing but a way to sell customers a more expensive finance product, by making it look better value than it is. All this means is more confusion for the consumer.”

Christofer argues that behind all of the confusing figures and terminology of the motor finance world, most cars are available with good value finance terms as long as you shop around, with low interest charges and/or substantial deposit contribution discounts available on many new cars.

“But when it comes to used car finance – where deposit contributions aren’t typically available – don’t trust manufacturers to offer the best finance rates, with some lumbering you with rates as high as 15.9% APR if you take finance. That’s more than twice as much as alternative providers, such as BuyaCar can offer, and could add thousands in interest charges alone.

He says: “Perhaps the biggest risk for consumers is feeling pressured to make decisions in the dealer environment, as salespeople present them with reams of paperwork to read, which could mean choosing a finance option that could end up costing you dearly. This means you are best advised to take as much time as possible doing your research.

“But, today, there is no need to feel pressured into making a decision, now that it’s possible to read detailed guides explaining the jargon and compare deals online in the comfort of your own home.

“Our advice at BuyaCar.co.uk is to relax and always read the small print, taking time to shop around and understand what you’re really getting for your money, asking for like-for-like finance quotes to see which offers you the best value for money. Only then are you ready to choose the best one for you.”

*Example – alternative finance methods for the Nissan Micra Acenta IG-T100 offered at the time of writing.