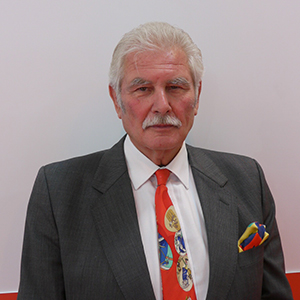 It’s not something I am proud of but, yes, I have been caught out by a speed camera.

Even former Chief Constables like me are not immune!

It happened three years when I was in Manchester for a Huddersfield Giants Rugby League game.

I was flashed at around 5pm on a Sunday after the game doing 52mph in a 40mph on a three-lane carriageway.

No complaints from me.

The road was well sign-posted and I should be have been more vigilant in obeying the 40mph limit.

Rather than take three points on my driving licence for the first time in more than 40 years of motoring, I decided to go on one of the speed awareness courses in exchange for the points.

Yes I got a few funny looks from the some other motorists on the day who recognised me along the lines of, ‘What are you doing here?’

But I was there because I got caught out and quite rightly was being treated like any other erring motorist.

The course was excellent and hammered the key points very well – namely that speed kills.

There was a particularly harrowing section on the heartache that speeding motorists can cause to the families of the bereaved whose lives they wreck.

Through 30 years of frontline police, I was already only too aware of the devastation reckless driving can cause but I am very glad that this point was stressed.

Speed cameras get a very bad rap in the UK.

They are rubbished as Big Brother in action – infringing our civil liberties – and of being put up purely as cash cows by rapacious transport chiefs.

It is time a little balance was introduced to the argument.

I’m old enough to remember when the breathalyser was first introduced to the UK in 1967.

Unbelievable as it may sound now, this was a controversial measure at the time with many people – particularly in rural areas – saying that motorists were being unfairly targeted.

Lots of drink drivers argued at the time: ‘I’ve never hit anyone – what’s the problem?’

It was the same when the use of seatbelts became mandatory in 1983. Opponents said it was the busy-body State interfering. Now few people fail to see that it was a sensible measure.

I honestly think speed cameras will be viewed in the same way in 20 years.

Most people can see already how necessary they are to save lives in urban areas, particularly around schools.

But over time I also think people will come to realise they are necessary on motorways to improve safety and control the traffic flow, particularly at peak times.

Speed camera technology is improving all the time and many of us can see the benefit of average speed cameras which stop the unwelcome practice of motorists breaking and speeding up every time they approach a camera.

Camera technology is improving road safety in my ways more than simple speed checks. Vehicle journey recorders  – or dash cams as they are more popularly known – have been shown to improve hauliers’ safety records by as much as 80%, according to figures from SmartWitness, one of Britain’s leading vehicle CCTV firms. Drivers are far more vigilant when they know their every move is being watched. It’s a fact of life.

Yes Big Brother is watching us – but we should be glad that he is.

Dr Keith Hellawell is non-executive chairman of  SmartWitness, Britain’s leading vehicle CCTV firm. Before joining the company he enjoyed a  distinguished career in the police culminating in his appointment as Chief Constable of Cleveland and then West Yorkshire. 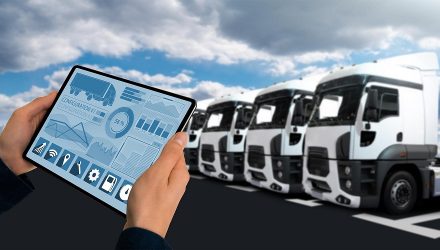 Fleet management software and its benefits

“One for all, all for one” is the main point and root benefit of utilizing Fleet Management Software that streamlines the process. For one, it provides a

The necessity of building a...

At the beginning of this year, data suggested that

How businesses can build su...

From the rise in ecommerce, with the likes of

With a global pandemic, chaos at the borders, an