Their hands create one-of-a-kind pieces but instead of being exhibited in a museum, their work can be admired on streets and roads on a daily basis. They are responsible for shaping the dies that mould the doors and bonnets of SEAT models and their job is to achieve perfection. 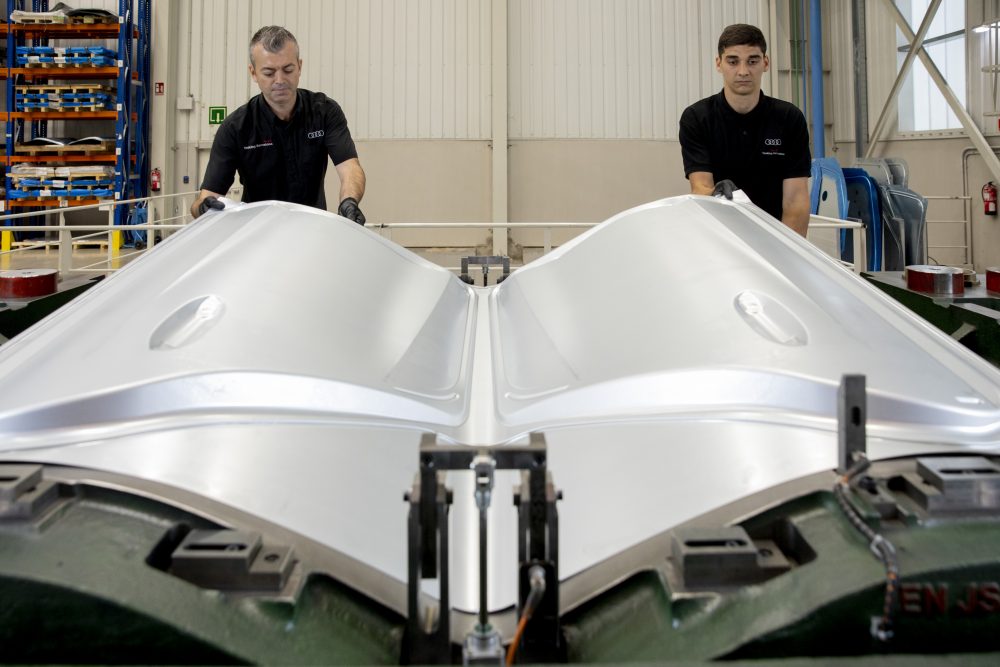 A single die casting for thousands of creations: For a car door to be perfect it must be cast in a flawless die. These are one of a kind moulds that for example shape all the front doors of a model. If the die has an imperfection, it will be repeated on all those vehicles. The artisan die makers at Audi Tooling Barcelona, the partner company entrusted with creating them for SEAT, make sure this never happens.

2,550 tonnes of force polished by artisan hands: Before car production begins on the assembly line, more than 2,000 trials are made to correct even the tiniest of defects on the die casting that are impossible to measure. José Barba has been moulding them for more than 25 years. “It’s very meticulous work which is learned through experience.” To verify whether the dies are perfect, a 2,550 tonne press stamps out the first part. That’s when the work of the artisan die makers begins, in the initial phase which relies on their eyes and expert hands.

Light is a valuable resource: “We use our senses and experience in the initial testing, but as we progress we must resort to other methods that help us detect things that are visually inconspicuous”, explains José. A light tunnel with 5,000 lux/m2 is his best resource. Any bends in the light projected onto the trial parts show where corrections must be made. Again his hands get to work on the die, and his job won’t be done until it is perfect.

Polishing stones and apprentices: José Barba’s work is not limited to hand polishing the die castings; he also moulds future artisans with his expertise.  Audi Tooling Barcelona has been using Dual Training for the past five years, combining theoretical education and practical training to share their knowledge and skills with students in their final year of education cycles and university degrees. 24-year-old Jorge García has been under the guidance of José for one year. “When you first arrive you don’t know anything. The work is very specific and you can only learn it with hours of dedication and a good mentor. The important thing is to be eager to learn”, says Jorge. Two years to reach perfection: Their dedication to each die drives them to spend nearly two years on each part, which are tested and retested after countless processes of grinding and polishing. This goes on until they are ready to turn out impeccable doors. “Seeing your finished work after putting in so much effort is an enormous satisfaction. It fills me with pride when I see a new model on the road, knowing that its parts are flawless and the excellent result has been achieved partly thanks to  our handiwork”, say José. His apprentice Jorge is on his way to becoming a mentor to new students and will soon experience the same satisfaction as his own teacher when he sees his creation driving on the streets.