The country’s largest universal rapid charging hub for electric vehicles has been inaugurated by Milton Keynes Council and BP Chargemaster. The hub is operating on Polar, the largest public charging network in the UK, and is located within a minute’s drive of the M1, just off junction 14 at Milton Keynes Coachway. 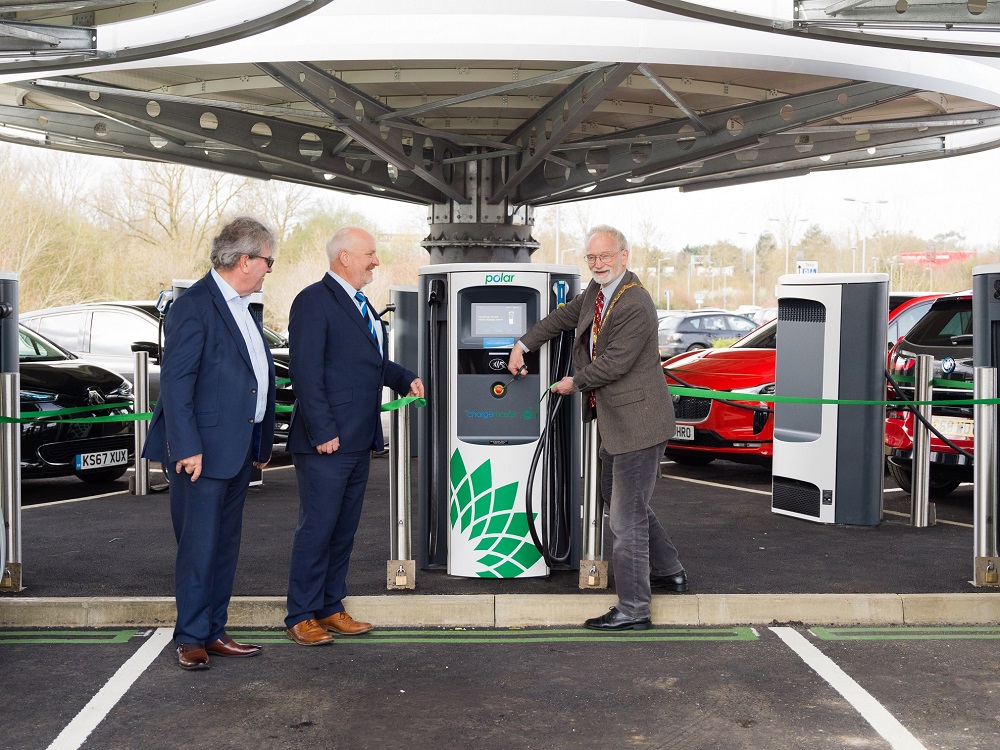 Milton Keynes Council, with its contractors Ringway designed and constructed the hub as part of its Go Ultra Low City programme. Funding for the project came from the Office for Low Emission Vehicles (OLEV), as part of a £9m investment package to support the growth of electric vehicles in Milton Keynes.

The charging hub was officially opened with the cutting of a green ribbon by Councillor Martin Petchey, Mayor of Milton Keynes, along with Brian Matthews, Head of Transport Innovation at Milton Keynes Council, and David Martell, Chief Executive of BP Chargemaster. 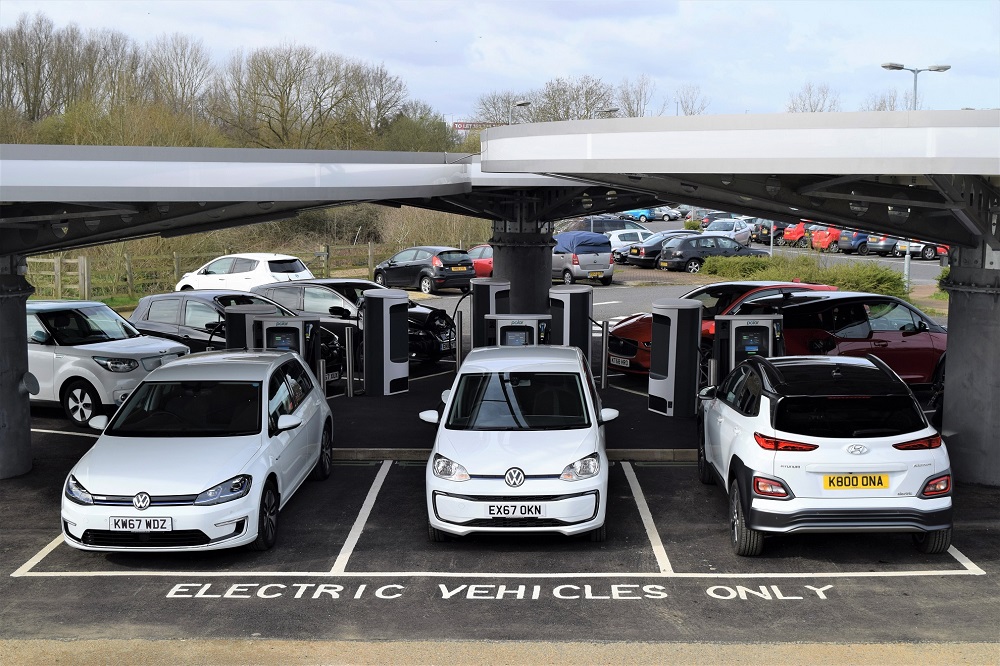 It incorporates three highly-visible canopies to help drivers locate the rapid chargers, as well as to shelter them from inclement weather, and provides access to the facilities at the main Coachway building, including a café for drivers to grab a drink and something to eat while they are charging.

Brian Matthews, Head of Transport Innovation at Milton Keynes Council, said: “We are very proud of this important new facility for electric vehicle drivers, both in Milton Keynes and those passing on a longer journey. The rapid charging hub is just one of the ways in which we are supporting electric vehicle drivers in Milton Keynes, with other initiatives including free parking with a Green Permit in most car parks, and our pledge to provide local charging points for residents who do not have off-street parking.”

David Martell, Chief Executive of BP Chargemaster, said: “We are delighted to be operating what is now the UK’s largest universal rapid charging hub, providing a fantastic, convenient place to charge for drivers travelling within and around Milton Keynes. The eight UK-made Ultracharge rapid chargers join the 300 Fastcharge and 65 rapid chargers that we already operate in the area, which has established itself as a centre of excellence for electric vehicle charging infrastructure.”