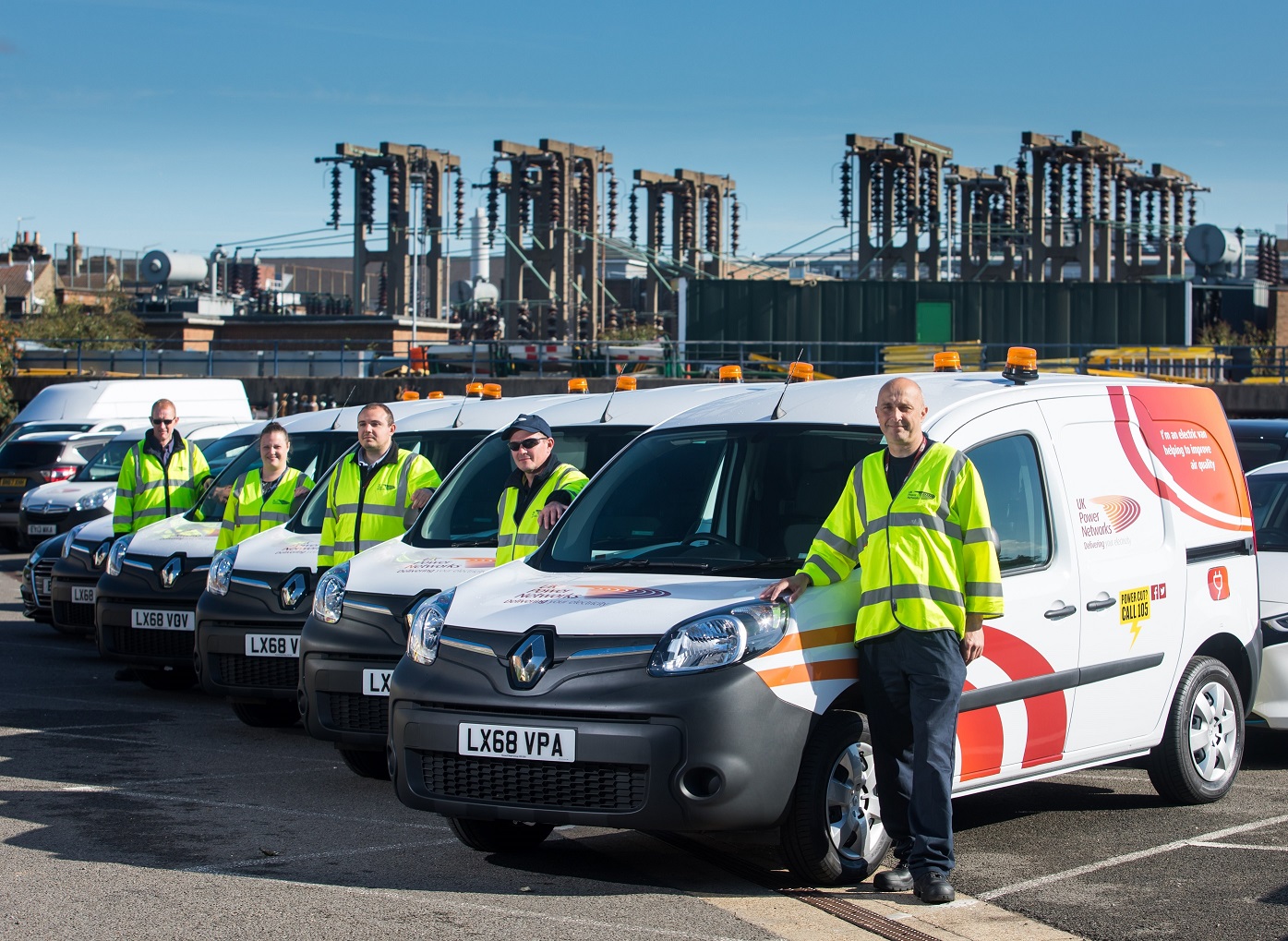 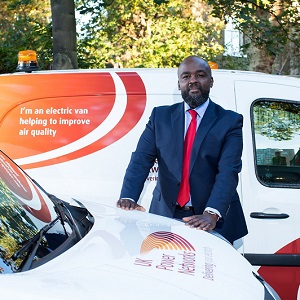 Britain’s biggest electricity distributor has become the first of London’s utility networks to put Electric Vehicles (EVs) on the capital’s roads, as part of its operational fleet.

UK Power Networks is trialling eight electric Renault Kangoo vans in its fleet to help improve air quality for future generations and further reduce its carbon footprint, already down by 16.7% since 2015.

Engineers made their first journey in the new EVs to Archbishop Sumner School in Kennington, central London, an area that will be covered by the Ultra Low Emission Zone (ULEZ) when it is introduced in 2019.

Headteacher Ursula Ovenden, said: “We are very concerned about air quality, which seems to be affecting children’s health and we have more children now with asthma than we have ever had. We encourage children to cycle or walk to school to try to reduce the number of cars, but having more electric vehicles, like the ones UK Power Networks are introducing, should help reduce the pollution going into the air.”

Eight-year-old Edward, a pupil at the school, said: “We sat inside the electric vans and met the engineers. I think electric cars are going to be extremely useful in the future. They don’t release any fossil fuels and keep our air clean.”

UK Power Networks, which is a member of the Mayor of London’s EV Infrastructure Taskforce, is gearing up to connect an estimated 4.1 million EVs to its networks across London, the South East and East of England by 2030. Nearly a third of EVs already sold in the UK connect onto UK Power Networks’ system and the network operator has been at the forefront of pioneering smart grid technology that is enabling decarbonisation of transport in buses, taxis, on-street, home and fleet operations.

Patrick Clarke, UK Power Networks director of network operations, said: “We are leading the development of a smart, flexible grid to support EVs, improve air quality and reduce our carbon

footprint. Piloting EVs in our fleet and introducing EVs to the company car list is improving the environment for communities now and investing in the health of future generations.

“We are committed to being the most environmentally responsible and lowest cost electricity network operator. EVs will help further reduce our carbon footprint and boost air quality, which is especially important in areas where children live and play, near busy main roads.”

Twenty-seven charge points are being installed across 14 of the company’s offices and depots and the electricity network plans to power the charge points with on-site solar generation at six of the locations.

Keith Whitney, an electricity substation inspector in south London, will be driving one of the new electric vans. He said: “I’m glad the company is doing this because they will save a lot of money and reduce air pollution in the long term. I live on a main road and if most traffic was EV we wouldn’t get any noise or particulate pollution. Children are more susceptible as nitrous oxide hangs lower in the air.”

Engineers will use the electric vans from depots in Brixton, Camden, Canning Town and Falconwood, to help keep the electricity network running for homes, businesses, schools, hospitals and EV charge points across London.

The network operator has also announced that it is introducing the first fully electric car to its company car list. The addition of the Renault Zoe will give staff the active choice to switch to EVs.

A video about the new EVs will be available from Thursday Oct 4: https://youtu.be/HZtwYTWS4Kk