Fleet Alliance has seen a huge surge in orders for of electric vehicles (EVs) as companies and drivers alike look to take advantage of attractive tax rates available, while enhancing their green credentials.

The increase mirrors that seen at a national level as 2020 was a record year for sales of battery and plug-in hybrid electric cars, which together accounted for more than one in 10 registrations – up from around one in 30 in 2019.

The increased demand for EVs across the country is reflected in the make-up of the Fleet Alliance fleet. Amongst orders for Ultra Low Emission Vehicles (ULEVs) in 2020, some 48.2% were for pure EVs, up from 28.5% in 2019.

A further 48.9% were for petrol PHEVs (Plug-in Hybrid Electric Vehicles), although this figure was down from 68.9% the previous year as pure EVs gained in popularity at the expense of hybrids. 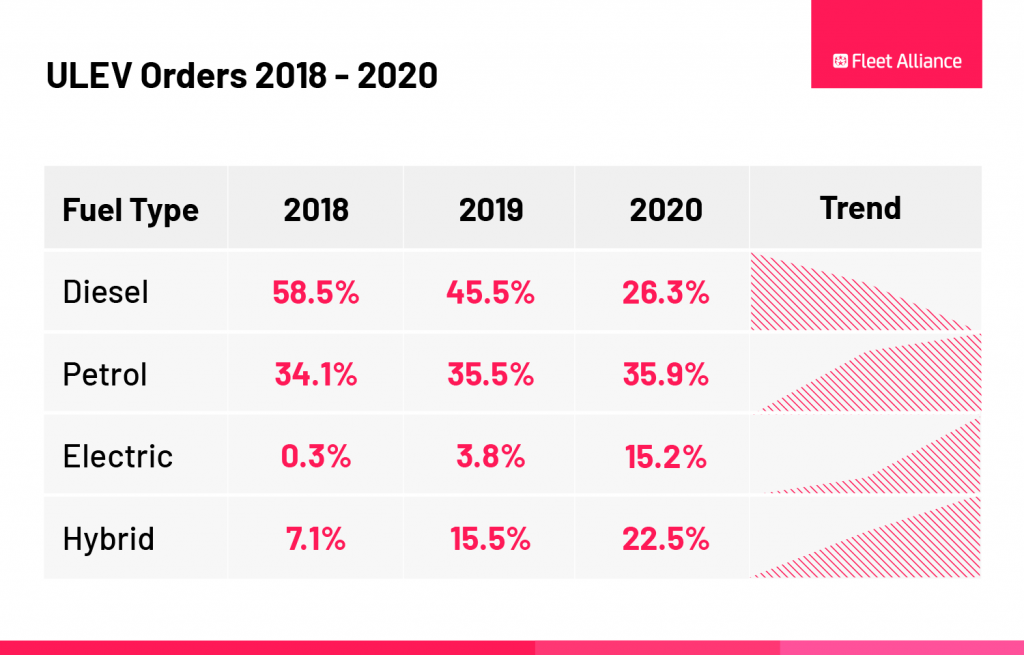 Perhaps the most telling statistic, and clearest indication of how market demographics and buying habits are changing, is in orders for new diesel cars from Fleet Alliance customers.

Benefit-in-kind tax rates for pure EVs are 0% in the current tax year, rising to 1% from April and 2% for 2022/2023.The 2% rate is then frozen for the following two years. This has had a big impact on buying habits, said Mr Brown.

“EVs have seen a year-on-year increase of more than 200% and now account for over 15% of our fleet.

“The increase in EV orders last year was at the expense of a fall in orders for PHEVs, which suggests that hybrid sales are starting to plateau while those of pure EVs are clearly accelerating.

“The new EV-incentivising BIK tax structure has undoubtedly played a large part in the switch to EVs,” he added.

In terms of individual models, the big winner in the EV stakes has been the Tesla Model 3, which now accounts for more than 40% of new EV orders. It was also the most popular on the Fleet Alliance EV sales charts in 2019, and is well ahead of its nearest challenger, the Kia e-Niro. 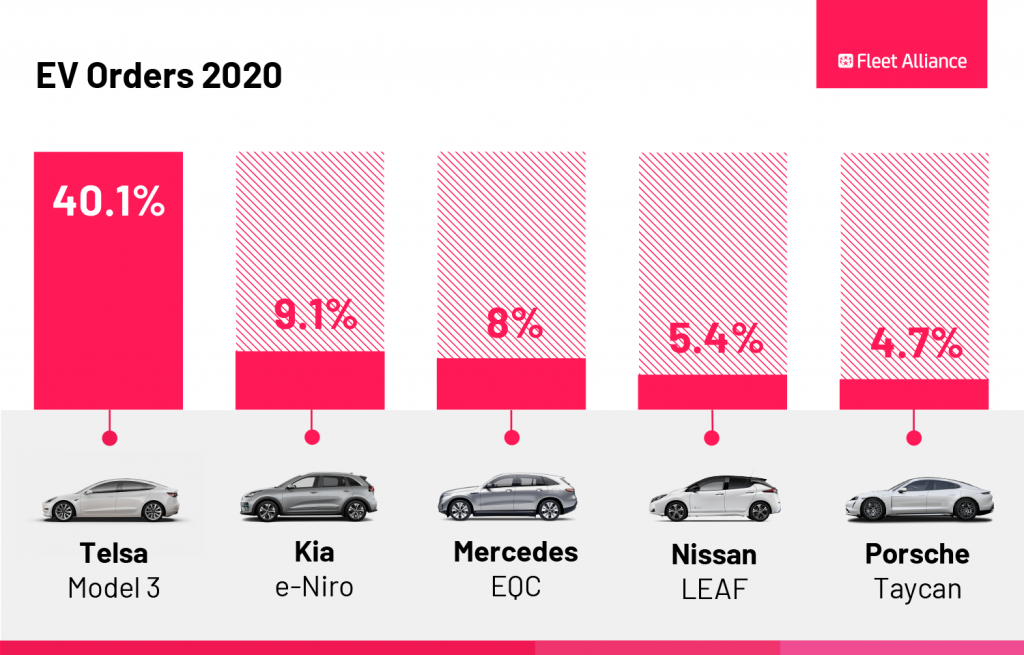 When it comes to hybrids, the Mitsubishi Outlander which for several years was the most popular model with Fleet Alliance customers, has now slipped to fifth place, presumably because the manufacturer has announced it will no longer support the brand in the UK.

Taking over the ‘most popular hybrid’ mantle from the Outlander is the BMW 3 Series hybrid with 11.5% of orders, followed by the Mercedes A-Class. 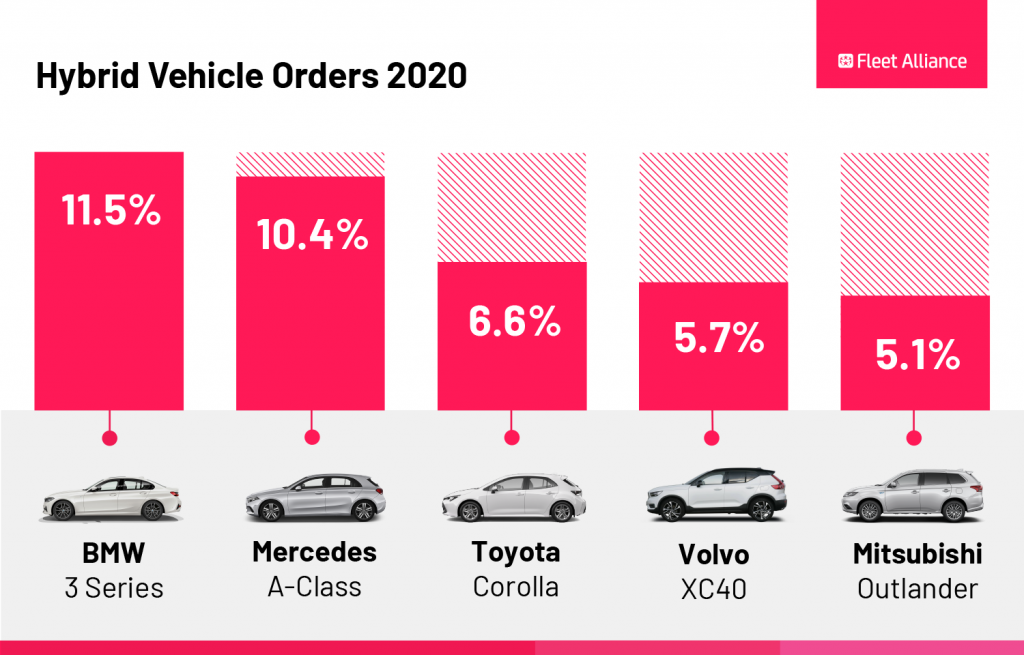