Vehicle charging giant bp pulse has chosen Electrifying.com to be its first media partner following its relaunch, taking both brands forward to help consumers who are confused about how to make the transition to electric and alternative fuel vehicles. 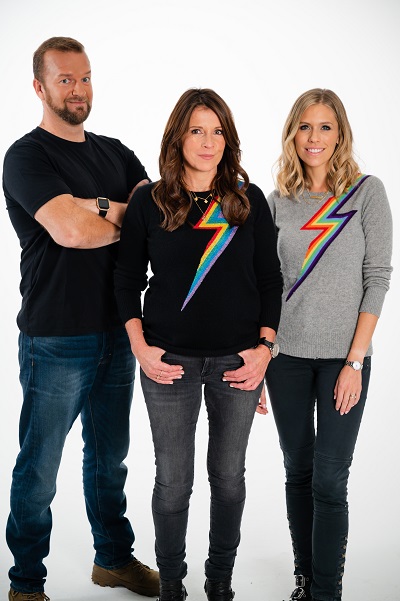 Electrifying.com is a multi-channel media platform fronted by three TV presenters and journalists: Ginny Buckley, Nicki Shields and Tom Ford. It was launched in March 2020 and has seen rapid growth in viewers and readers as Britain’s confused but curious consumers seek jargon-free advice.

The growth has been accelerated by the recent Government announcement that it will bring forward a ban on the sale of new petrol and diesel cars in the UK from 2035 to2030.

Buckley said: “Platforms that focus on electrified vehicles tend to preach to the converted and early adopters, which we believe leaves a gap to begin a conversation with mainstream consumers, especially the female decision-makers and purchase influencers. We have set about to offer something new and we are delighted that bp pulse has chosen to join in a partnership to help clear the air around electric cars.”

bp pulse is the new name for both bp Chargemaster, one of the UK’s leading electric vehicle charging companies; and Polar, the UK’s largest public charging network.

Since acquiring both brands in 2018, bp has invested significantly in expanding its UK public charging network, as well as in the people, products and processes to help strengthen its position in the UK EV market.

The partnership will see content being shared across Electrifying.com and bp pulse channels, with a particular focus on helping consumers understand the practicalities of charging at home and at public points.

Matteo de Renzi, CEO of bp pulse, said: “We see the partnership with Electrifying.com as a meeting of minds, as we share the aim of making the transition to electric vehicles as simple as possible. We want drivers to experience happiness rather than hassle. Our aim is to make EV charging fast, convenient and easy, and it’s great to be working with a media partner that understands how to communicate with consumers in a friendly, engaging and informative way to help them on this journey – and have some fun along the way.”

Buckley said: “We want Electrifying.com to be a friendly, accessible and relevant destination for consumers, brands and the whole EV ecosystem to come together. We simply want to cut through the noise in a refreshing way that appeals to the non-enthusiast mass market consumer. We believe it’s time to clear the air.”