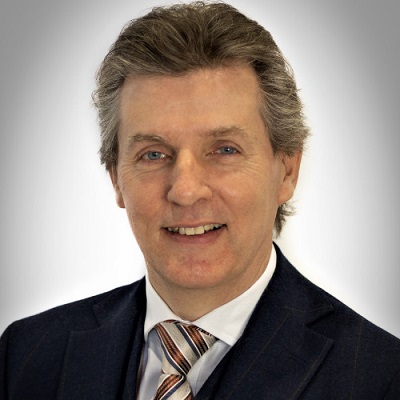 Tevva Motors Ltd has revealed more details about its Tevva Electrify fleet initiative and confirmed that series production will start in 2020 after the hugely positive response to its launch at last month’s Freight in the City (FITC) Expo.

The electric commercial vehicle technology pioneer received such an overwhelmingly positive reaction to the Tevva Electrify fleet launch, that in addition to the six-month rental scheme, it has now opened the order book for customers wishing to lease or purchase directly.

The Tevva Electrify fleet offers urban distribution companies in a range of different industry sectors a six-month rental of a 12-tonne GVW 3.9-metre wheelbase truck at a market competitive cost.

With Tevva’s proprietary EV technology package integrated into the truck and full training and technical support offered, the scheme aims to arm businesses with the proof that electrification not only delivers the required environmental impact but also works financially to reduce total cost of ownership (TCO).

The initiative is designed to help businesses position themselves as a leader in freight transport decarbonisation while also gaining invaluable experience in how electrification can work in their fleets.

This, in turn, will allow customers to understand better what scale and specification of EV fleet their business will require in coming years while also proving the TCO gains internally for their sector and duty cycle.

Tevva Sales and Marketing Director, David Thackray, said: “Of all the fleet directors and logistics managers I’ve spoken to off the back of FITC, the response has been 100% in favour. What they need – and what Tevva Electrify will give them – is the ammunition they want to be able to go all the way up to the board and the Financial Director and prove that this isn’t just clean, it also adds up.

“It’s not so much about overcoming uncertainty – everyone knows electrification is coming – as it is about providing evidential proof.

“By taking part in Tevva Electrify, customers can have input into the final specification of the vehicle they particularly require. They will get priority build slots and their feedback will inform our production vehicle technology as we move towards larger-scale manufacturing, meaning they have a very real position of leadership in terms of transport decarbonisation.”

Powered by an 80kWh (with range extender) or 134 kWh (without range extender) lithium ion phosphate battery pack, the Tevva electrify campaign vehicles have a typical pure electric range of around 150km and, as the first true medium duty vehicle to undergo in-service evaluation of this sort, is available from Tevva with multiple body options.

Regenerative braking technology provides up to 20% of the vehicle’s required daily energy and, with seamless torque from the 150kW motor and no need for gear changes, the driveline provides drivers with a linear, less tiring experience behind the wheel. What’s more, it has been proven to cope with uphill climbs at a gradient of 15% without a problem.

And, with the Tevva REX range extender on board (normally an optional extra), the system’s integrated, cloud-based geofencing software autonomously ensures that the truck delivers a quiet, zero tailpipe emissions performance in urban areas.

The Tevva Electrify demo fleet kicks off with the initial cohort of businesses running Tevva vehicles between London and Oxford mid-next year. Further cohorts will follow, both in the UK and in cities in the Netherlands and Germany.

Production of the Electrify vehicles will start in 2020 and, off the back of last month’s Expo at Alexandra Palace, Tevva is offering the option for customers to lease or purchase directly under the Tevva Electrify scheme, build slots are now being made available for late 2020.