The economics of operating heavy-duty electric trucks remains behind their diesel-fuelled counterparts but is improving, according to an analysis in the USA by Goldman Sachs Investment Research. 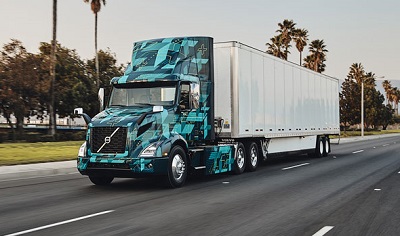 The big nut still to be cracked is battery cost. The technology itself is ready for commercialization. That’s why BYD and Volvo are selling electric trucks, while Freightliner-owner Daimler Trucks, Tesla and others are expected to launch production over the next 12 to 18 months.

Battery packs cost north of $150 per kilowatt hour, or kWh. That means about 3 percent of the heavy-duty trucks fleet drives enough miles over two years to make up the price difference, according to Goldman Sachs.

But the price of batteries is declining rapidly and could fall to about $80 per kWh by 2030. That would allow the industry’s preferred two-year payback to cover 45 percent of the heavy-duty truck fleet. That assumes a daily driving range of about 175 miles.

“We estimate battery-electric economics will appear increasingly attractive for medium-duty truck applications. If battery costs reach $52 per kWh by 2030, nearly 90 percent of U.S. medium-duty routes could be profitably addressed by electric vehicles. On the other hand, heavy-duty applications are likely to prove more challenging due to higher payloads and longer length of haul,” the report said.

Extending the payback period helps, but the math is still complicated.

“Based on annual cost savings estimates of $10,000 per year and a premium of $60,000 for an electric truck in 2025 with a 500-mile range, truckers who are not constrained by weight would achieve a 6-year payback period, significantly longer than the 2-year payback that over the road truckers typically target,” the report said.

But once a carrier has to maximize weight, the economics falls apart.

“If weight is a constraint, electric trucks are not viable, in our view. The revenue shortfall of $26,000 per year significantly outweighs the maintenance and fuel cost savings of $10,000 per year, meaning a payback is never achieved,” the report said.

“Daily truck travel mileage is 30 percent higher in the U.S. than in Europe, which we believe leaves electric vehicles better positioned to satisfy a larger portion of the European heavy-duty truck market,” the report said.

The report also noted that Europe has about three times the hydrogen stations as the U.S. making a fuel cell truck a potential choice for long haul trucking. It would not have a heavy-duty battery-electric truck’s weight penalty, and it fills as fast as a diesel vehicle. That reduces the time truckers have to spend charging the vehicles of an electric truck. Hyundai already has fuel cell trucks hauling goods for retailers in Switzerland.

And the economics remain well behind other powertrains.