The widespread use of electric vehicles across the UK has moved a step closer following a £4.1 million funding deal to support the growth of Trojan Energy’s innovative on-street charging product. 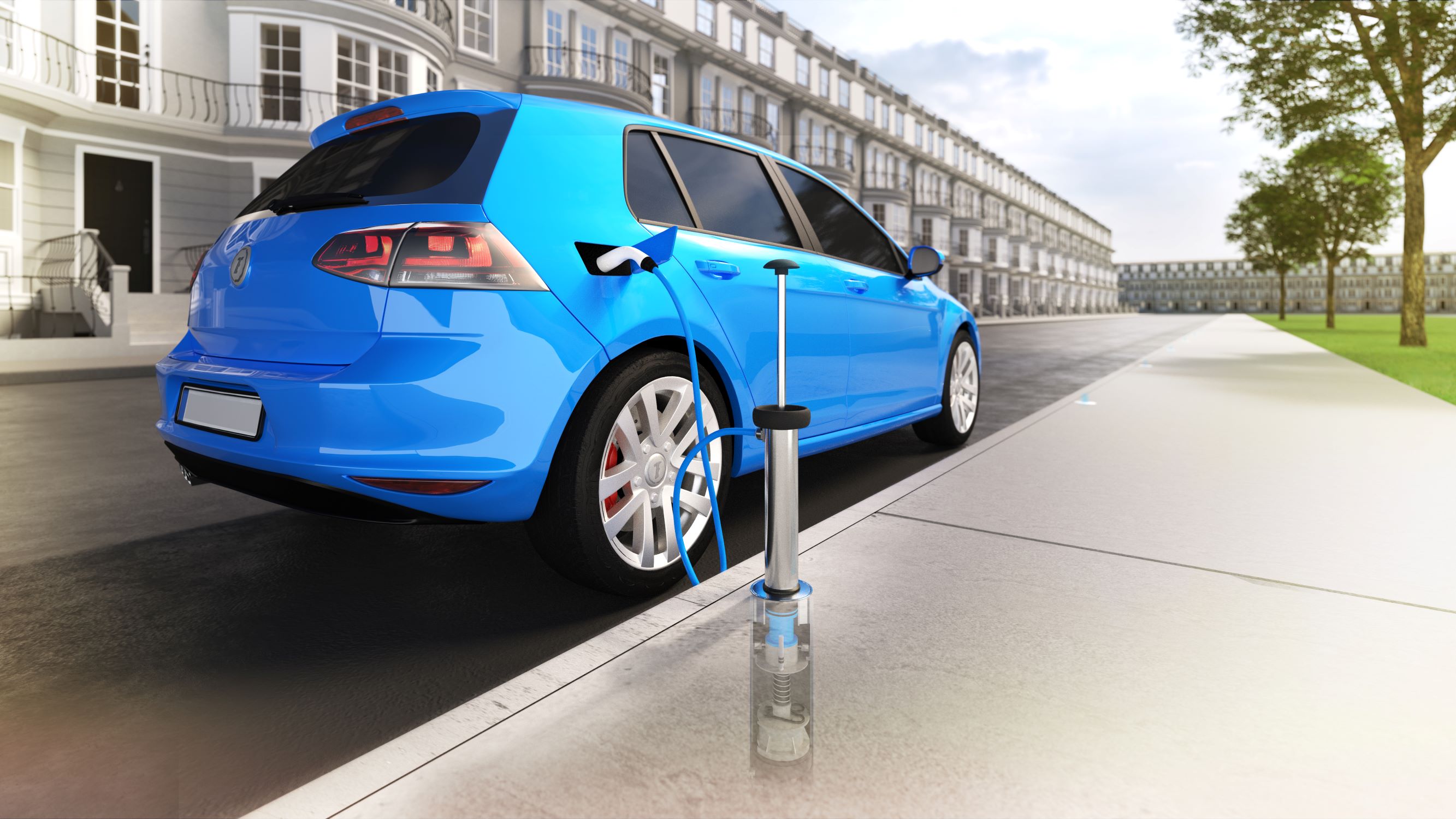 Aberdeen-based green tech start-up, Trojan Energy, has secured a £4.1 million round of seed funding to support the roll-out of its on-street flat and flush electric vehicle (EV) charging points. The new product aims to help solve the issue of charging for vehicle owners without access to off-street parking, which is currently a major barrier for electric vehicle uptake, particularly in urban areas.

Trojan Energy estimates that 10 million people park on the street in the UK and 100 million in Europe. Switching to EV could potentially reduce European CO2 emissions by over 120 million tonnes per year.

To date, councils have been reluctant to install on-street charging points due to their cumbersome size and space requirements on pavements. However, Trojan Energy’s charging points are flat and flush to the pavement, removing the need to sacrifice pedestrian space. Users simply carry a charging ‘lance’ in their vehicles and plug the lance into the connector point to start charging.

Investment in the mission-led business enables Trojan Energy to advance testing and certification of the product, with the aim of installing the first 200 units in Brent and Camden Councils by early 2021. The company also plans to follow the roll-out of its on-street product with a similar driveway product for homeowners, eliminating the need for posts or wall boxes to charge at home.

While the UK remains Trojan Energy’s immediate focus, longer-term the business plans to export to Europe, India and China, aiming to capture a large part of the emerging global on-street charging market.

Ian Mackenzie, CEO, Trojan Energy said: “This is such an important milestone for Trojan Energy. Ever since we started this business, we have wanted to ensure that the benefits of the low carbon transition can be realised by everyone and not just those with a driveway. With this investment, our vision has moved a step closer. The rewards for our customers and our planet will be massive and prove the point that a big idea and great engineering can change the world.”

Fraser Lusty, Director, Equity Gap said: “We are pleased to back Trojan Energy and its strong Scottish team who have brought their expertise from the Oil & Gas sector to partner with industry, energy suppliers and councils to help accelerate the adoption of EV usage in dense urban areas where the technology is needed most. Their technology is pivotal to the greater adoption of EV’s, the future decarbonising of our transport infrastructure and central to the UK government’s target for net-zero emissions.”

Rob Halliday, Fund Manager, SIS Ventures said: “SIS Ventures believes that in the wake of Covid-19 there is an opportunity for Scotland to re-build an impact economy. As Scotland’s leading impact investor we are delighted to be playing our part in supporting this innovative mission-led business in its ambition to deliver growth and impact at scale. Trojan Energy is the step change urban EV charging desperately needs.”

John Duncan, Alba Equity said “We are delighted to bring together local investors to support the team at Trojan Energy. Our members were attracted by the strength of the team and the innovative nature of their technology and we believe that the business has the potential to play a significant role in increasing EV usage, which will benefit all through lower emissions.”

Kerry Sharp, Director, Scottish Investment Bank, said: “It’s been suggested that over half of European car owners will be driving electric vehicles by the end of the decade, so developing an innovative, non-invasive and cost-effective solution to the problem posed by on-street charging is essential. By drawing on years of engineering and commercial experience, we believe the Trojan Energy team can achieve that.

“This is the latest example of a forward-looking Scottish company bringing its expertise to bear on one of the defining issues of our time. With our support, and that of our fellow investors, we believe Trojan Energy can help position Scotland at the forefront of the global transition to a low-carbon economy.”

Trojan Energy was founded in 2016 to solve the challenge of on-street charging.