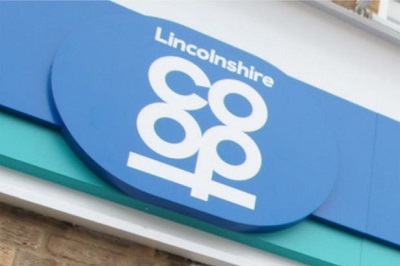 Lincolnshire Co-op has selected BP Chargemaster as its partner to install 50kW rapid electric vehicle chargers at two of its stores, with more arriving soon.

With around 25,000 electric car drivers in the East Midlands and Yorkshire and the Humber, and thousands more driving through the area, growing the regional rapid charging network will help to enable even more motorists to make the switch to an electric vehicle, and make driving with zero emissions even easier.

The first of the charging points is now live and ready to use at Lincolnshire Co-op’s Albert Street Food Store in Newark. It’s being followed by another charging point at Old Leake Food Store near Boston, which is currently being installed.

Four more of Lincolnshire Co-op’s outlets – Long Bennington Food Store, Alford Food Store, Dunholme Food Store and Morton Food Store near Gainsborough – will follow suit with a rapid charger each due to be installed in August. A further two sites are currently being confirmed.

The Ultracharge 50kW rapid chargers operate on the Polar network, which is backed with 100% renewable electricity. It aligns with Lincolnshire Co-op’s own energy commitment with all the electricity used in its outlets being from wind or hydro-electric energy sources.

Lincolnshire Co-op is also committed to sustainability. It diverts more than 87% of the waste from its outlets away from landfill and is on track to significantly increase this figure in 2019, while 71% of its Co-op own brand products have recyclable packaging.

The rapid chargers are being installed with investment from BP Chargemaster which has the largest public charging network in the country, operating over 400 rapid chargers and a total of more than 7,000 charging points available for electric vehicle drivers nationwide.

Andrew Turner, Lincolnshire Co-op’s Head of Group Services, said: “We’re delighted to put the wheels in motion together with BP Chargemaster to introduce electric vehicle charging points as a new valued service to these outlets, to help make lives better in our local communities. If successful, further charging points at more of our sites will follow.

“Whether our members and customers choose to drive electric cars or look after our local environment in other ways, from donating clothes via the Salvation Army clothing banks at many of our outlets to bringing a reusable bag when they shop, together it all makes a difference.”

David Newton, CEO of BP Chargemaster, said: “We are very proud to be working with Lincolnshire Co-op, which shares our goal of reducing emissions by helping customers to adopt the cleanest vehicles. These new 50kW rapid chargers will make driving an EV in and across Lincolnshire even easier, particularly given the relatively low number of rapid chargers in the region today.”