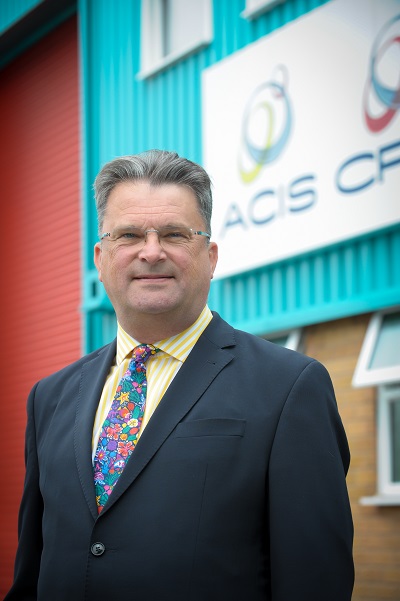 ACIS, the UK’s leading distributor to the bodyshop sector, is leading the charge to upskill bodyshop technicians to plug in to the growth of the electric vehicle (EV) market.

To this end, ACIS is launching one of the country’s first training programmes to protect technicians from the potential dangers from the new generation of non-fossil fuelled vehicles, as manufacturers gear up for the end of the internal combustion engine.

Electrics on a conventional petrol or diesel car account for just 12 volts, but the new generation of EVs will carry a payload of up to 600 volts, putting untrained personnel at risk of electrocution if they attempt to tackle the repair using conventional approaches.

ACIS, which has teamed up with RWC Training to deliver the courses in Warwick and Milton Keynes, has been warning about the potential dangers of EVs since 2017, when CEO Graham O’Neill said the crash repair market needed to dramatically gear up for their growth and their fundamental impact on the bodyshop landscape.

His forecast was made after the Government announced 2040 as the end of the road for diesel and petrol engines, to reduce the health impact of fossil fuel emissions.

There are currently only 145,000 electric vehicles on the road, but that number is increasing at a rate of 2,500 per month. With three million electric vehicles expected to be on the road by 2025 and almost three times that number five years later, ACIS argues there is no time to lose in boosting the number of trained technicians able to safely repair an EV.

There are about 180,000 car mechanics in the UK but, worryingly, the organisation’s figures suggest there are currently only 1,000 out of 40,000 are on the IMI’s professional register who are trained to fix EVs.

“We are now on a game-changing journey which will see a dramatic overhaul of our industry in terms of training need, key-to-key times and ultimately cost,” said O’Neill. 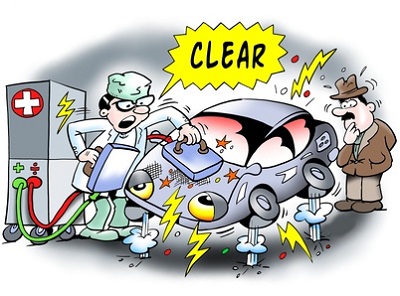 “There are inherent safety risks for bodyshop personnel dealing with hybrids and electric vehicles, and specialist training such as that provided by the Institute of Motor Industry (IMI) will be important for technicians to avoid the threat of electrocution.”

The IMI has spearheaded a campaign to keep motor technicians safe by adopting the correct repair protocols – for example, how to disconnect the batteries and charge them down before commencing a job.

E-cars can contain circuits running at more than three times the 230 volts found in the domestic mains supply, posing a real risk of electrocution and fire unless properly handled, according to the IMI, which is pressing for the need to set up a licensing system for electric car mechanics to ensure they are properly trained.

Removing batteries, often protected within an integrated ‘armoured’ casing to shield against vibration and impact, takes time and specialist care.

On hybrids, switching off the petrol or diesel engine does not necessarily disengage the electric battery, which could present dangers for uninitiated bodyshop technicians.

Likewise, battery removal is imperative before the prime and painting process as they would not respond well to the high levels of heat generated from drying booths.

“There are already a number of bodyshops able to repair electric and hybrid vehicles, but we are looking at a major volume increase in numbers over the next few years. Bodyshops need to be ready and have the right training in place,” added O’Neill.

“All of these factors could add to the time and cost of repairs, certainly in the short term as volumes increase in line with the UK being weaned off fossil fuelled vehicles.

“We are looking at a steep learning curve and a dramatic requirement for up-skilling and this has got to start now – we cannot wait until 2040 and hope for the best. This is why we are launching our training programme,” he added.

Rob Ward, of RWC Training, who will be running the level one, two and three courses for up to six technicians at a time, said: “We are at a place where if they don’t receive the correct training, bodyshops will have to turn customers away and possibly go out of business because all of the vehicle manufacturers are exclusively working on their electric vehicle ranges and repairers will simply get left behind.”

Level one of the course is aimed at front desk reception staff, while levels two and three are directed at technicians working on the vehicles.

“We will teach staff how to put the vehicle safely to sleep and then, after the repair, reinstate or wake the vehicle up,” said Rob.

“We also provide personal protection equipment which must be worn while repairing an electric vehicle which includes high-voltage rubber gloves, protective visors and signage and bollards to section off the EV bay of the bodyshop in compliance with IMI good practice and health and safety regulations.

“The course is not designed to scare staff, but reassure them that there is nothing to fear from electric cars providing you follow the right protocols in place.”

ACIS believes the investment will set bodyshop businesses up for the future, especially if they also invest in charging points in their workshops in order to deliver a road-ready vehicle after a repair.

ACIS is putting on a vehicle technology seminar for all staff at ACIS in Warwick on September 18. Level two EV training on September 25 and level three for advanced technicians on September 26. For further details on the courses, call ACIS on 01926 844840.