22 dangerous delivery vehicles were taken off the road as a result of Driver and Vehicle Standards Agency (DVSA) operation at five different news distribution sites located across the West Midlands and South West. 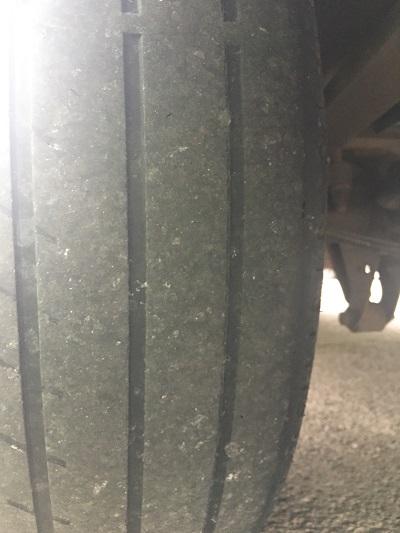 Five enforcement teams were simultaneously deployed to sites in Birmingham, Gloucester, Stoke-on-Trent, Wednesbury and Worcester to inspect vans at the distribution centres as part of ‘Operation Paperboy’ targeting delivery vans.

Vehicle Examiners checked 55 vehicles and identified a total of 142 defects. Of those defects, 17 were deemed the most serious ‘safety critical items’ which included broken suspension springs, bodged brake and exhaust repairs, and worn or damaged tyres.

Enforcement officers in Stoke found one vehicle where the handbrake had been disconnected and had been cable tied to the underside of the vehicle.

Another van at a site in Birmingham was found to have an exhaust precariously hanging, attached only by electrical wiring.

All the vehicles checked belonged to subcontracted delivery drivers or companies.

DVSA intelligence led enforcement teams to suspect they would find a large number of unsafe vehicles at the sites on the 11 June, having previously found other unroadworthy vehicles at similar sites.

DVSA’s Head of Enforcement Delivery Laura Great-Rex said: “DVSA’s priority is protecting everyone from unsafe drivers and vehicles. It’s disappointing that this operation found delivery vans that were a danger to other road users as they were in poor condition. Delivery companies and their drivers have a responsibility for making sure their vehicles are in good roadworthy condition at the start of every delivery round and we accept no excuses.”