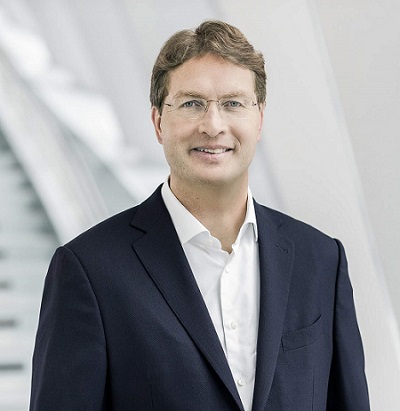 Daimler will intensify cost cuts and plans to shrink its model lineup after legal risks for diesel-related issues and the cost of replacing Takata airbags triggered a 1.56 billion euros ($1.74 billion) loss before interest and taxes in the second quarter.

Daimler said 4.2 billion euros in one-off expenses contributed to the operating loss in the quarter, compared with a 2.6 billion profit in the same period last year.

“We are intensifying the group-wide performance programs and reviewing out product portfolio in order to safeguard future success,” CEO Ola Kallenius said in a statement on Wednesday.

For Daimler, the pressure to clean up combustion engines has come at a time when the industry has to invest heavily in electric and self-driving vehicles, and cope with slowing growth in China, weak markets in Europe and a rise in global trade tensions.

Earlier this month, Daimler pre-released earnings in what amounted to its fourth profit warning in 13 months, saying its 2019 group EBIT would be “significantly” lower than last year.

Annual revenue will be slightly higher than a year ago, while vehicle sales will be about the same as 2018 thanks to increased product momentum in the second half, Daimler said Wednesday. Sales of its trucks and buses are expected to rise, the company said.

The latest warning puts greater urgency on Kallenius, who took over as CEO from Dieter Zetsche in May and Chief Financial Officer Harald Wilhelm to show they can lift poor returns.

Profitability in the core Mercedes-Benz cars unit may fall to as low as 3 percent this year.

Daimler is battling slower demand for new cars in markets including China and the U.S.

Huge costs to develop electric cars and regulatory scrutiny in Germany over its diesel-emissions have put Daimler on the back foot amid efforts toward a broad corporate revamp.

Daimler is also suffering from homegrown problems. These include technical hiccups hitting the model changeover of the high-margin GLE SUV as well as issues in ramping up a joint Mexican factory with Nissan.

The Mercedes X class pickup is in doubt amid weak sales after Daimler earlier this year abandoned plans to build the pickup for South America in Argentina. The vehicle is based on Nissan technology.

Bloomberg contributed to this report