Demand from both domestic and export markets saw double-digit increases, up by 97.4% and 25.3% respectively. A number of large fleet orders in the small volume UK market resulted in the doubling of home output. However, overseas demand continued to drive volumes, with almost six out of every 10 (56.3%) CVs built in the UK destined for international customers — the majority (96.2%) within the EU.

Mike Hawes, SMMT Chief Executive, said, “It’s good to see UK commercial vehicle manufacturing begin the year on a high, with strong market incentives ahead of model changes and a number of large fleet orders having a big impact on this small volume sector. While domestic demand almost doubled in January, exports continued to account for more than half of output, the majority destined for the continent. This underlines the importance of securing a deal with the EU, our biggest customer, that maintains free and frictionless trade.” 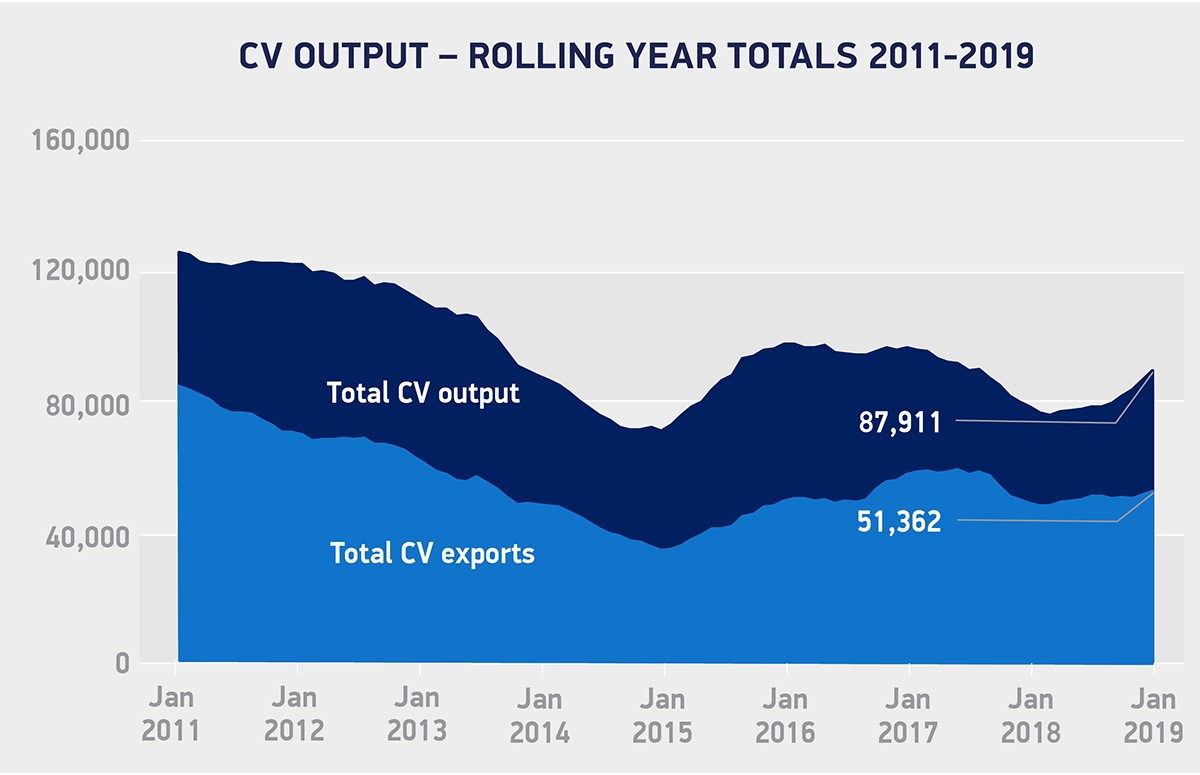