UK CV production down 11.7% in September

UK commercial vehicle (CV) production declined -11.7% in September, with 7,320 units manufactured, according to figures released today by the Society of Motor Manufacturers and Traders (SMMT). Output for crucial overseas markets was up some 25.4%, but production for the domestic market fell -44.5% in the face of ongoing political and economic uncertainty.

Factories turned out some 7,320 CVs in the month, almost 1,000 fewer than in the same period in 2018, with the majority (66.7%) built for shipping to European and global markets. Performance in the year to date remains down, falling by -13.2% overall, driven by the decline in export orders, down more than 7,400 units. Production for the UK is also down, by -2.6%, although only four in ten British-made CVs remains in the UK given the export focus of the industry.

Mike Hawes, SMMT Chief Executive, said, “It’s been a pretty turbulent first nine months for UK commercial vehicle production, with model changeovers and the variable pattern of fleet buying cycles affecting output. While it is worrying to see a fall in September domestic orders, the vast majority of our CV output is shipped overseas, mostly into the EU, and so to ensure ongoing sector competitiveness we need a truly ambitious future relationship based on tariff-free and frictionless trade.” 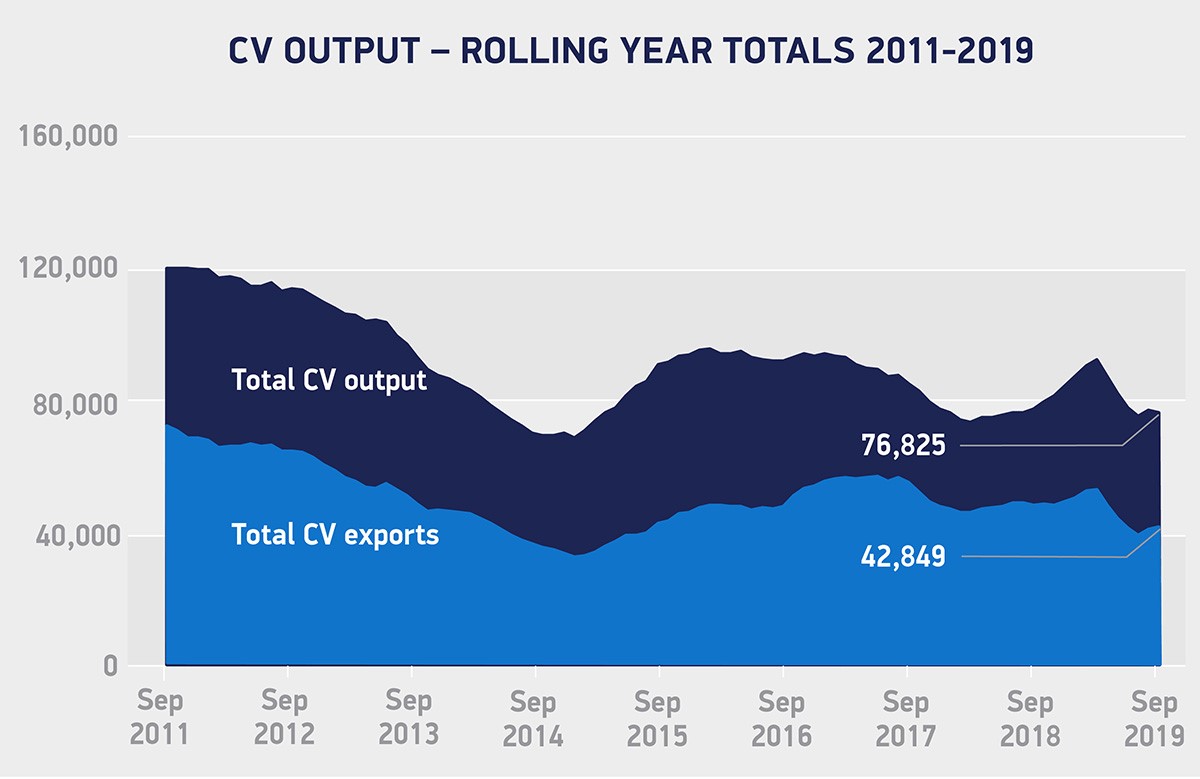