The new light commercial vehicle (LCV) market saw its second best August on record with 20,582 registrations, according to the latest figures released today by the Society of Motor Manufacturers and Traders (SMMT).1 Compared to the pre-pandemic five year average, the industry recorded a 21.1% increase in new registrations during what is typically the market’s second quietest month of the year.2

Light vans weighing 2.5 tonnes or less saw a decline of -23.3%, but all other classes saw growth. Heavier vans weighing more than 2.5 tonnes, the lion’s share of the market, saw a 7.0% increase in overall registrations as demand for online shopping and construction remained robust and pandemic restrictions continued to ease across the UK. Notable but atypical growth was seen in the 4×4 market, up 522.6% as a result of new models entering the market in the traditionally small segment.

While year to date registrations remain some -4.0% below 2019’s record levels3, 2021 is proving to be a bumper year for van uptake, up some 2.6% on the five-year average.4 However, the semi-conductor shortage has impacted CV manufacturing both in the UK – where output is currently down -21.3% on the pre-pandemic average – and overseas, meaning the sector faces the same ongoing supply challenges already much reported in the new car market.

Mike Hawes, SMMT Chief Executive, said, “This year has proved to be one of the best ever for new van registrations, buoyed by strong demand and growing confidence as the economy continues to open up. The impact of the semi-conductor shortage on manufacturing is affecting commercial vehicle production, however, even if it is not immediately apparent in the registration figures. With even more new zero emission models coming to market, the choices available for fleet renewal are increasing rapidly, which can play a significant role in helping the UK meet its ambitious emissions reduction targets.” 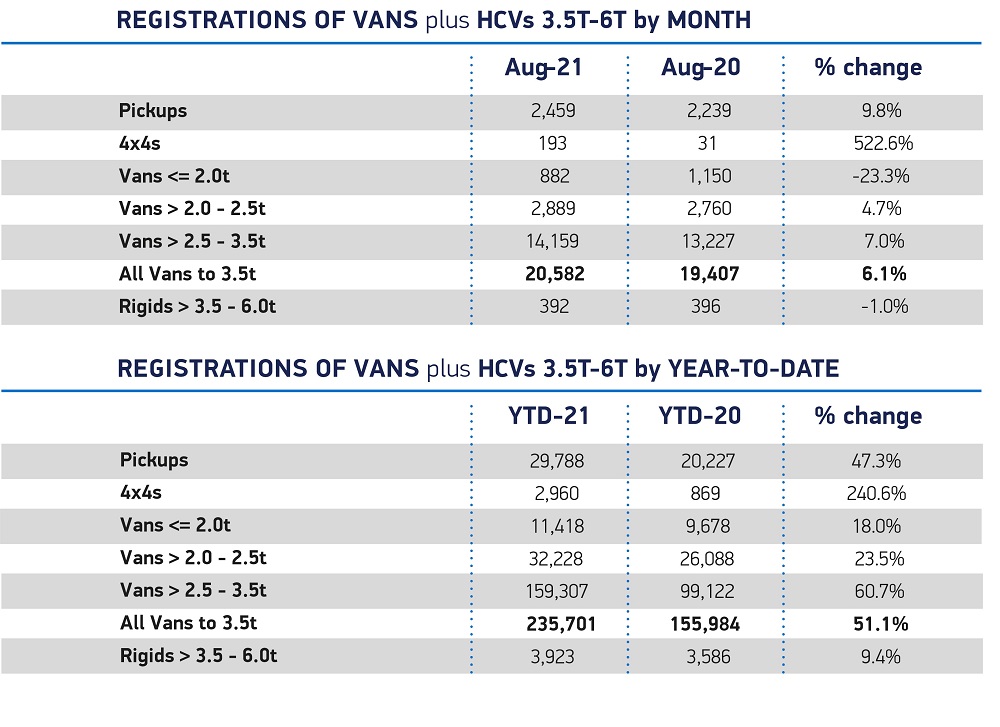 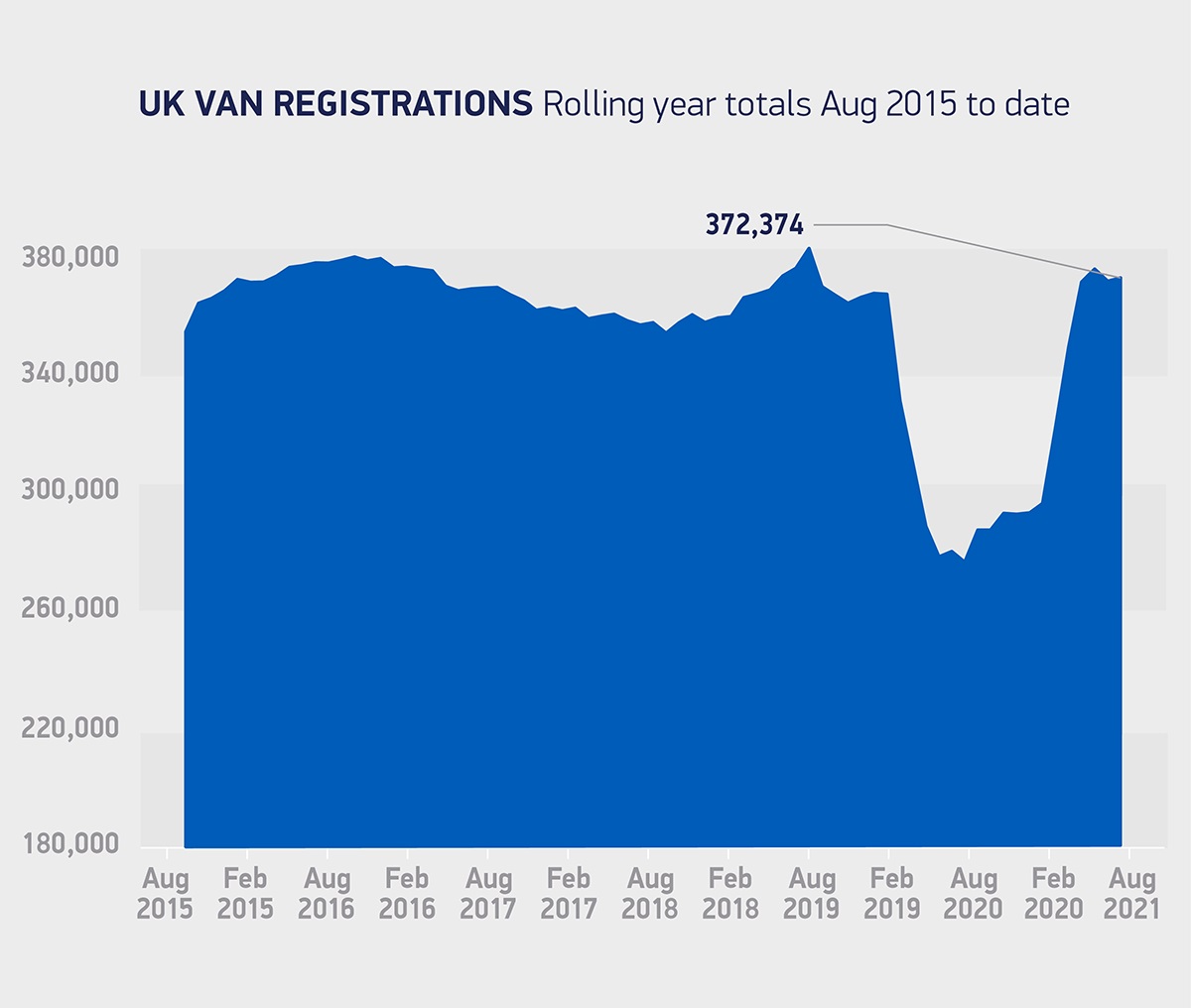 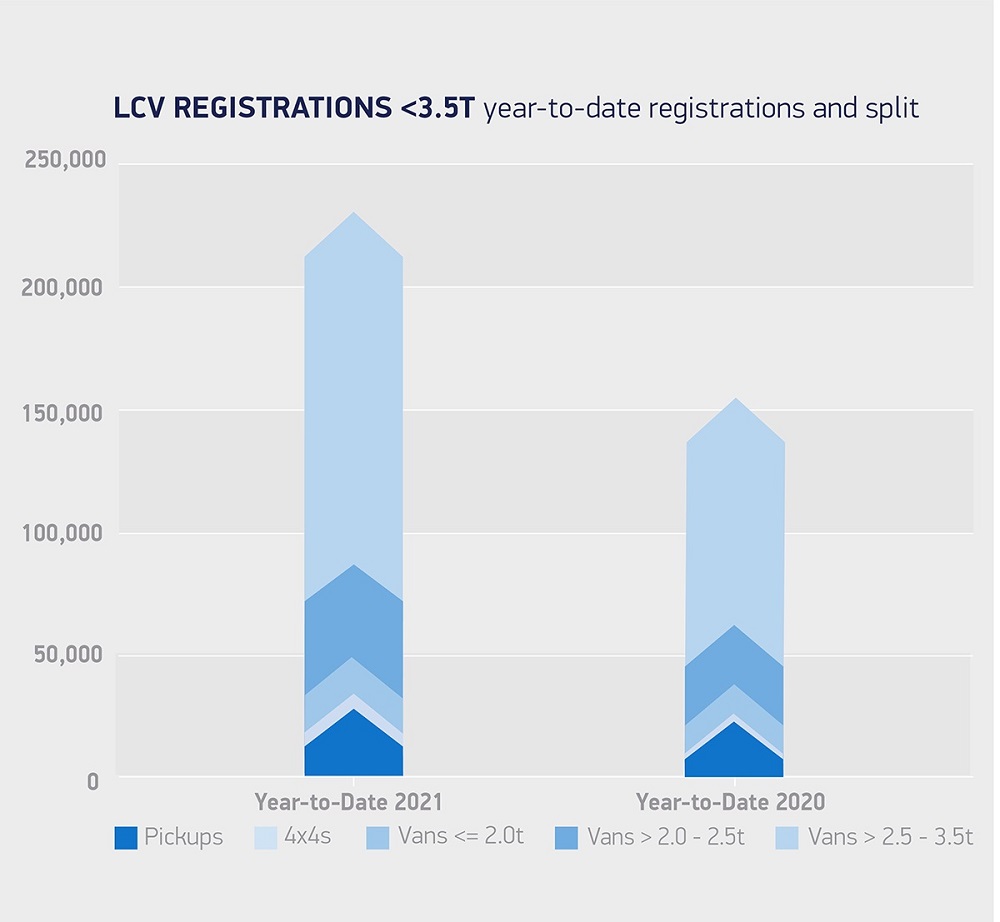