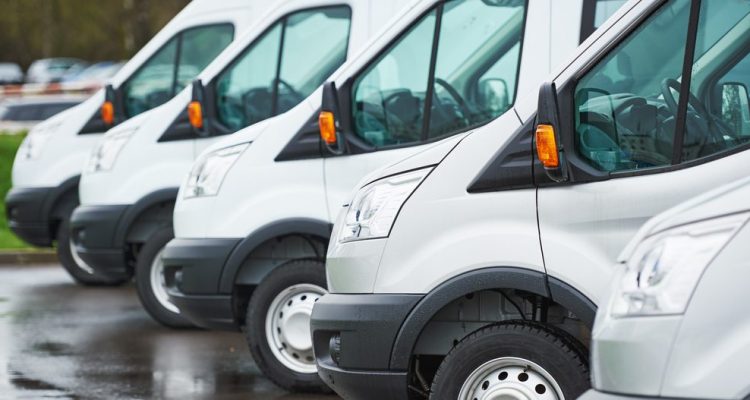 UK light commercial vehicle (LCV) registrations declined -6.0% to 16,165 units in February compared with the same month last year, when pent-up demand saw the market grow 22.0%, according to the latest figures published by the Society of Motor Manufacturers and Traders (SMMT). The second month of the year is also historically volatile due to small volumes, as many operators delay acquisitions until the new number plate in March. Despite the global shortage of semiconductors and rising economic headwinds including inflation, the market remained 14.6% above pre-pandemic levels,1 reflecting continued demand from key sectors. 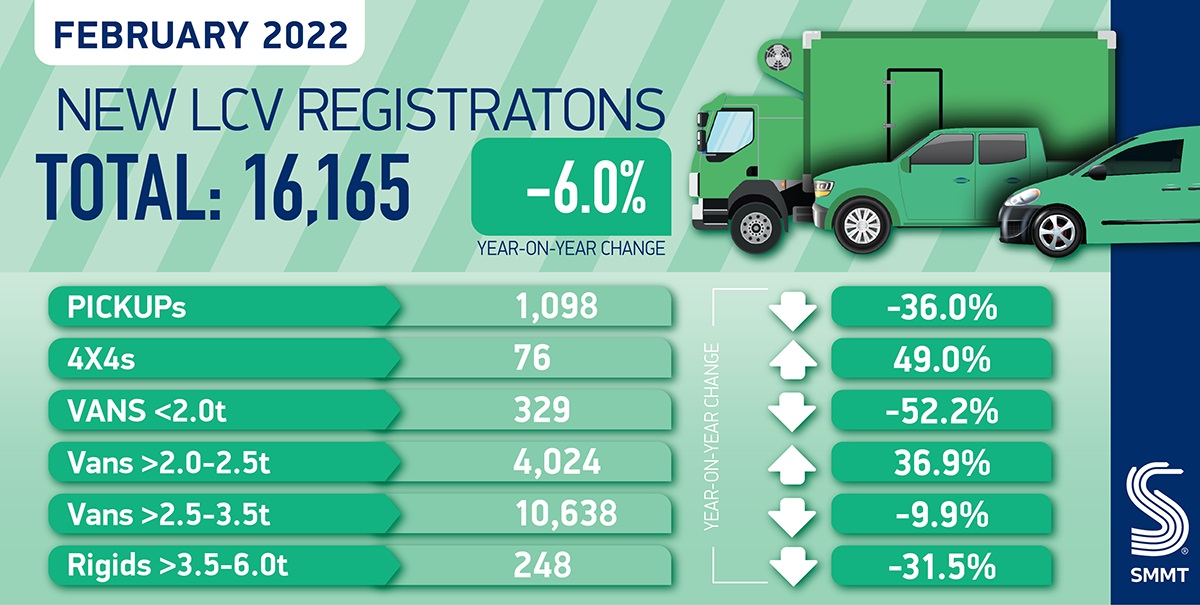 Newly registered large vans, which represent two thirds of the LCV market, totalled 10,638 units, -9.9% down on last February, but medium-sized vehicles weighing greater than 2.0 tonnes to 2.5 tonnes, increased by 36.9%. Small vans and pickups decreased by -52.2% and -36.0% respectively, while high demand for 4x4s continued, increasing by 49.0%, though this remains a fractional segment.

Demand for battery electric vans grew by an exceptional 347.6% in the month with 1,741 units registered, primarily as a result of some significant fleet orders, which positively distorted what is traditionally a low volume month. Overall uptake still remains some distance behind passenger cars, however, and it is vital that investment in electric vehicle charging infrastructure gives confidence to businesses and self-employed van operators across the UK to make the switch.

Year-to-date, LCV registrations are down by -18.2%, although this is compared with a strong start to 2021, when the construction and home delivery sectors were significant drivers of demand. SMMT forecasts the LCV market to grow 2.0% overall in 2022, ending the year just shy of pre-pandemic levels and indicating a stabilisation of the market.

Mike Hawes, SMMT Chief Executive, said, “LCV registrations have had a slightly slower start compared to last year’s bumper performance, reflecting the cyclical nature of fleet operator investment, but remain strong. Global supply shortages and economic headwinds remain a challenge, however, and the sector’s switch to zero emission vehicles must become mainstream. More electrified models are coming onto the market this year but we need the chargepoint rollout to accelerate, giving more operators greater confidence to transition to the latest electric vans.” 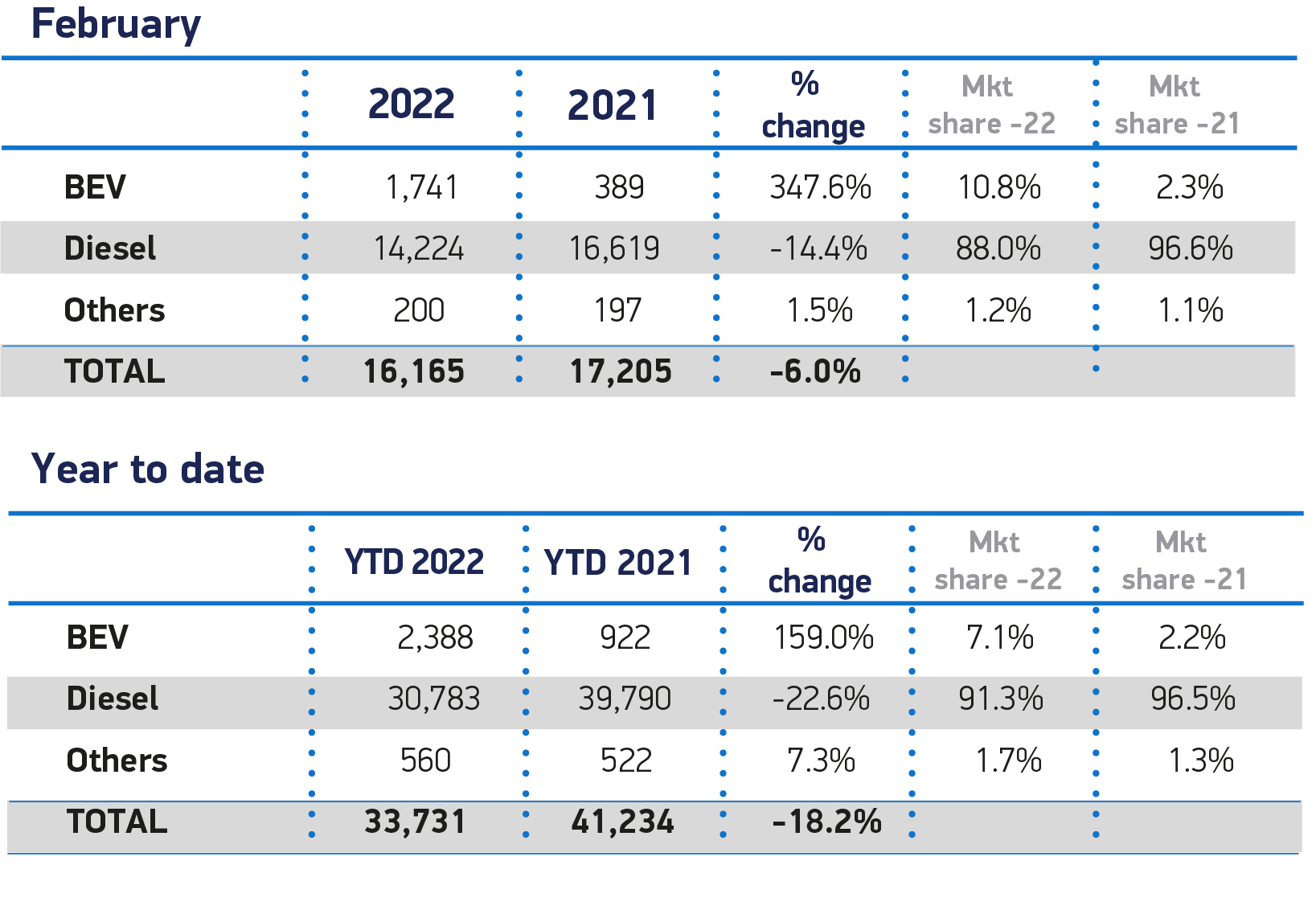 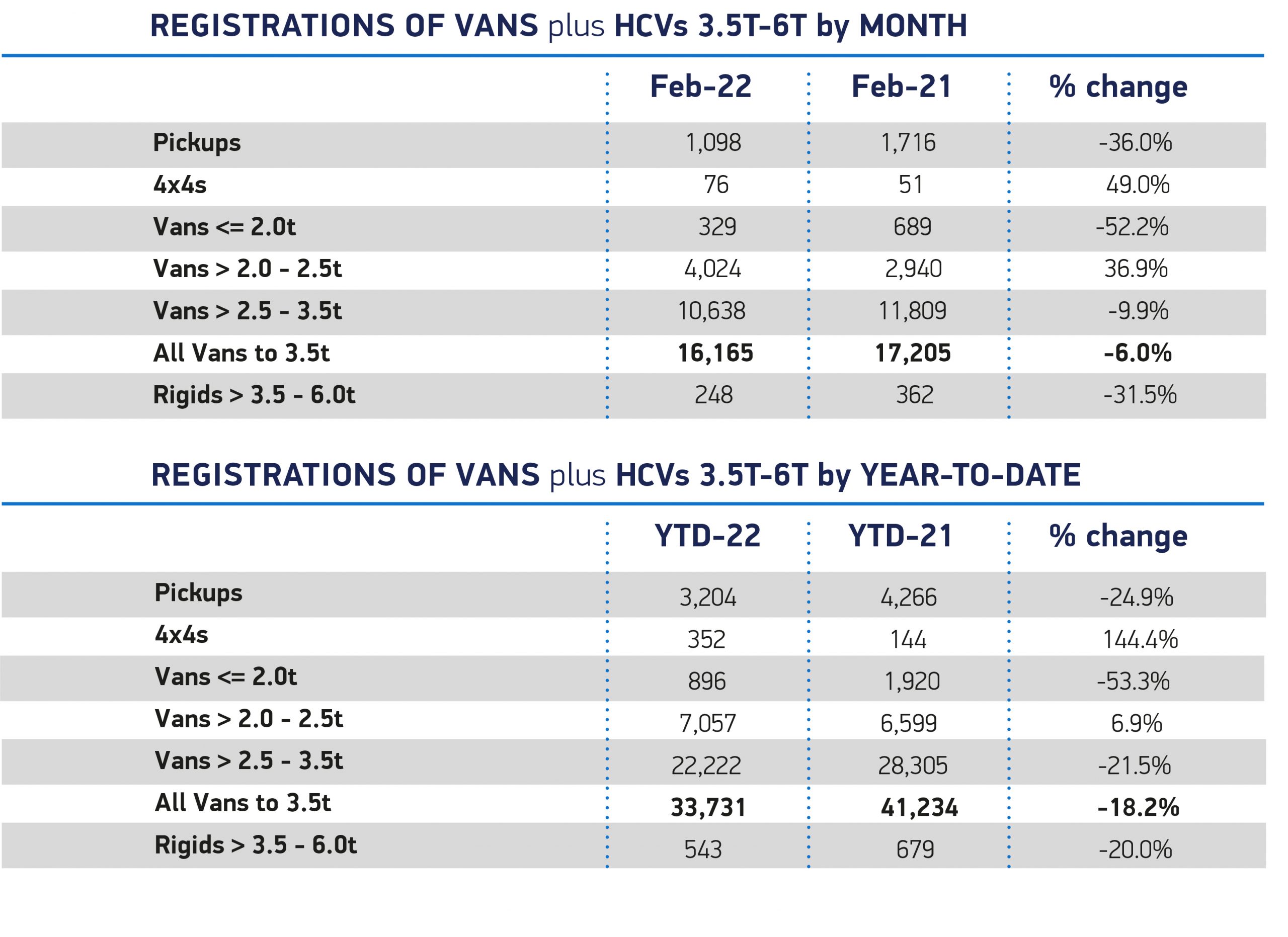 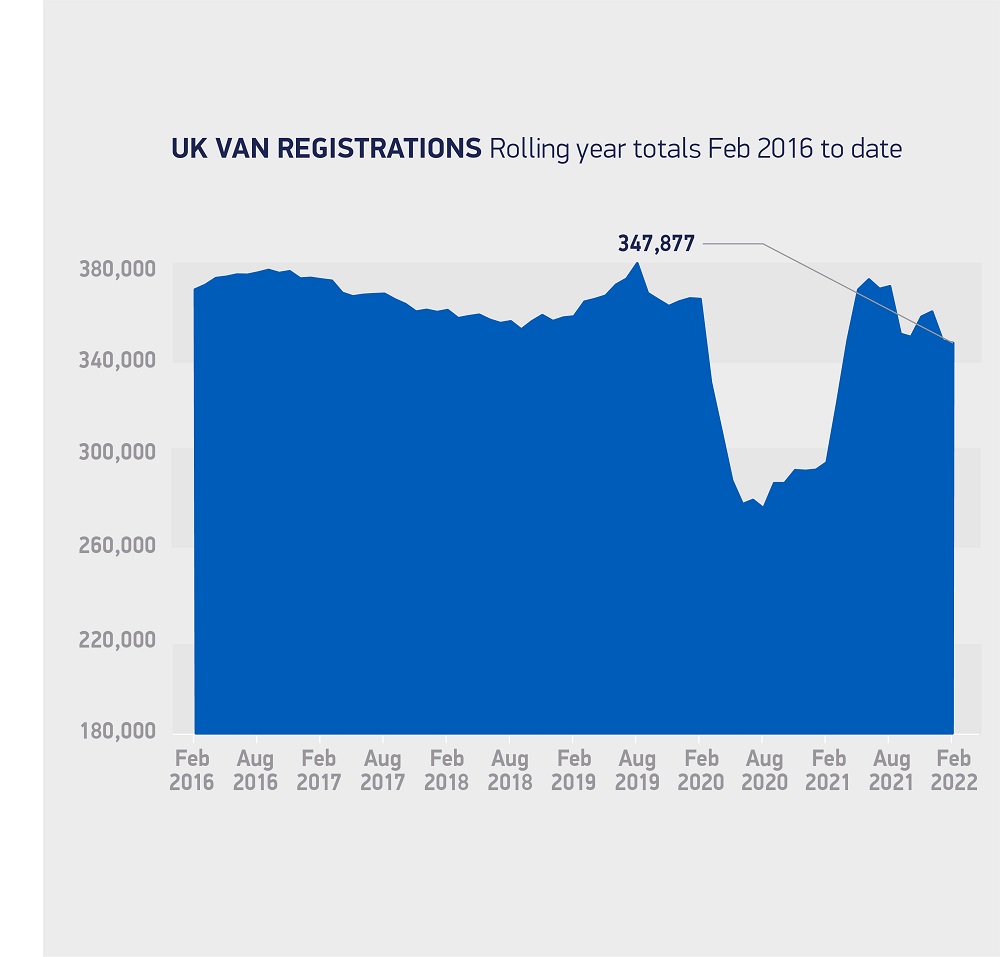