The UK new light commercial vehicle (LCV) market grew for the second consecutive month in October, up 13.3% to mark the highest performing October on record,1 according to the latest figures published today by the Society of Motor Manufacturers and Traders (SMMT). Some 28,753 vans, pickups and 4x4s were registered in the month, following a weaker than usual October 2019 when the market was impacted by ongoing supply challenges around WLTP approved vehicles.2

Demand was driven by the heavier end of the LCV market, with registrations for vans weighing more than 2.5 and up to 3.5 tonnes up 26.8% to 20,492 units. A combination of pent up demand from the UK’s first lockdown, growth in the construction sector and new fleet orders coming in ahead of an anticipated busy Christmas period kept van deliveries high in the month.

Continuing the trend, registrations for smaller vans weighing less than or equal to 2.0 tonnes and medium vans weighing more than 2.0 tonnes and up to 2.5 tonnes both grew 1.6% and 2.9% respectively. However, 4x4s and pickups both saw a dip in demand, with registrations down -33.6% and -31.8% respectively, in part reflecting difficulties faced by the agriculture sector.3

Year-to-date registrations are still down -24.1%, with the sector yet to make up a shortfall of around 75,000 units. With a second lockdown beginning today and lasting at least a month, 2019’s performance will be impossible to match.

Mike Hawes, SMMT Chief Executive, said, “A second month of growth for the UK LCV market is testament to the resilience of the sector and society’s reliance on it amidst a difficult year. However, with a second nationwide lockdown ahead, future performance is difficult to gauge. Industries such as construction and logistics will keep the country moving as they did earlier in the year, but continued uncertainty and closures across retail and hospitality will have an effect on all businesses, and consequently commercial vehicle demand. Now more than ever, industry needs the assurance of a tariff-free deal with the EU to ensure production and delivery of these essential vehicles continues with no interruption in the difficult months ahead.” 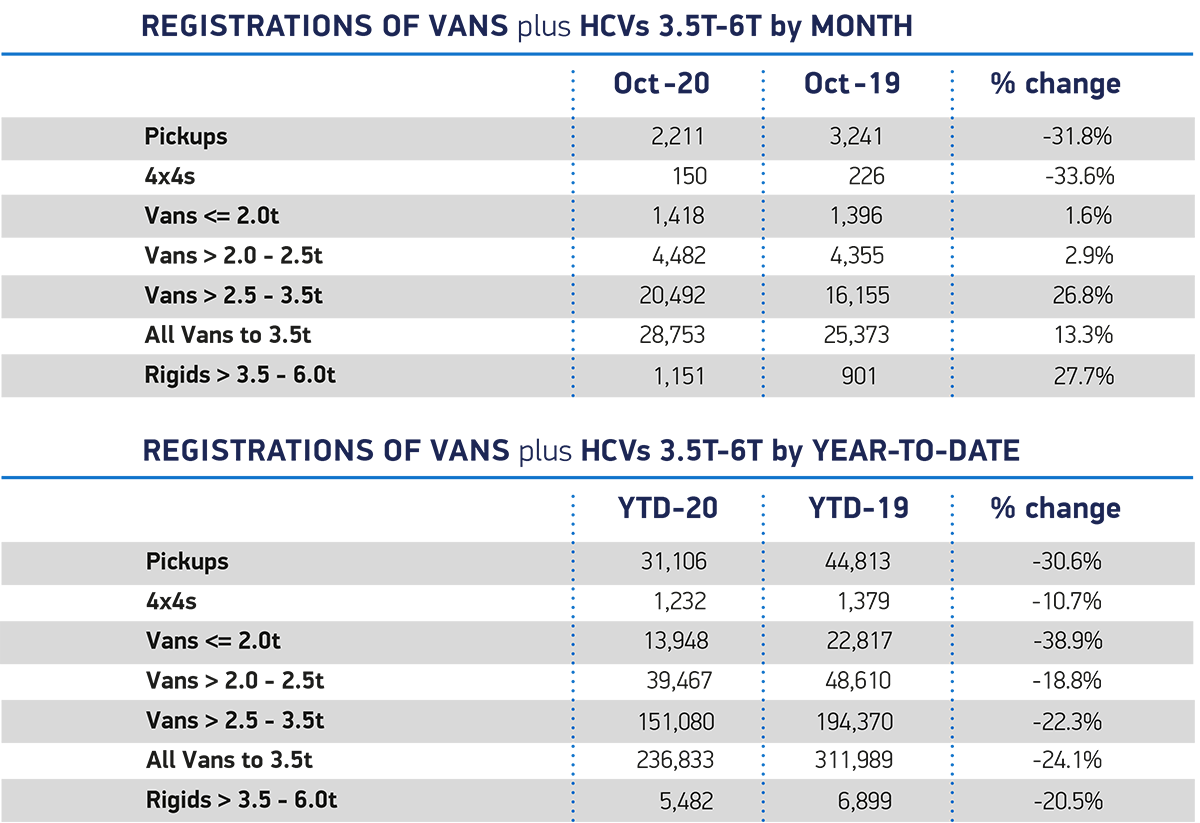 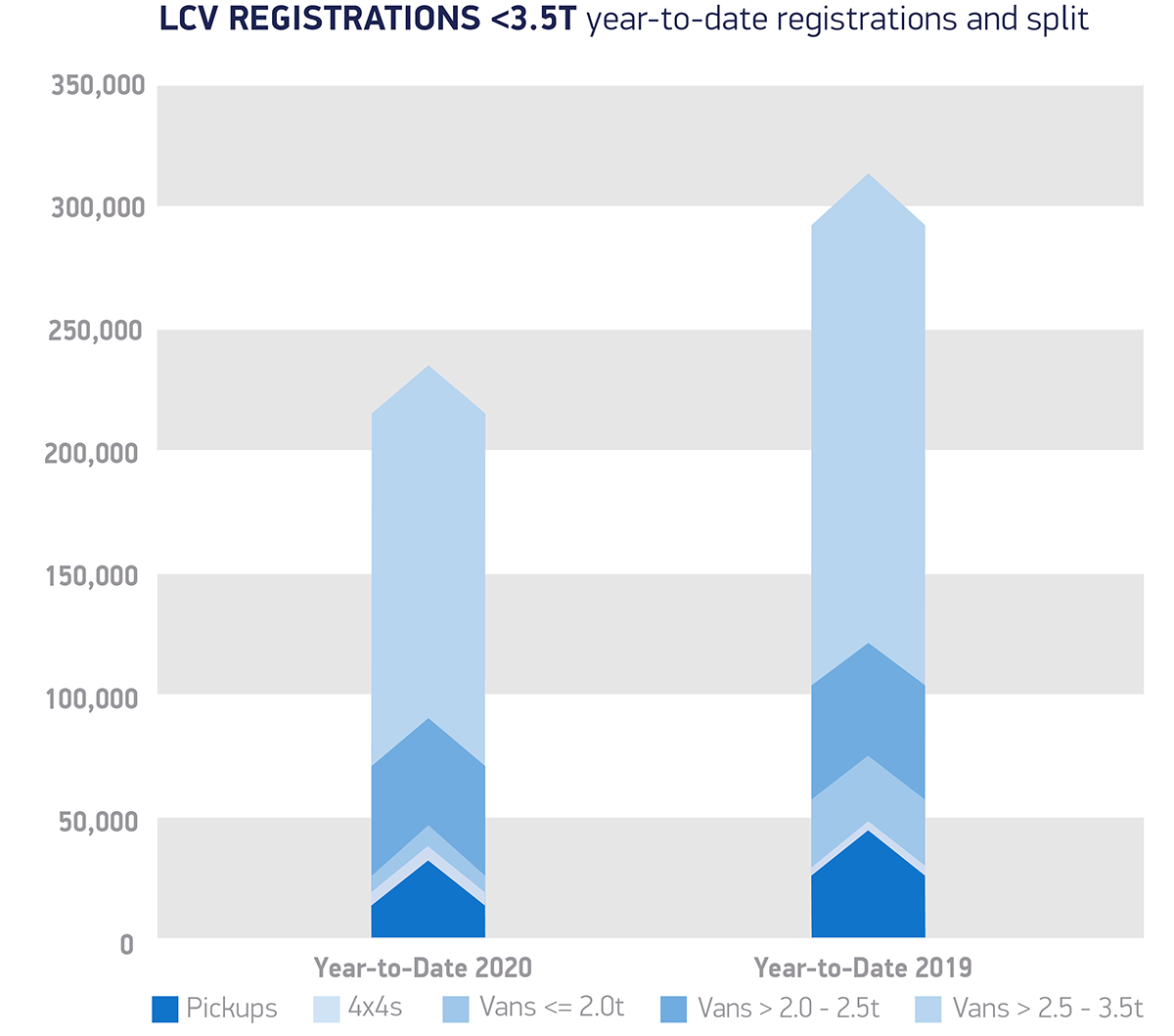 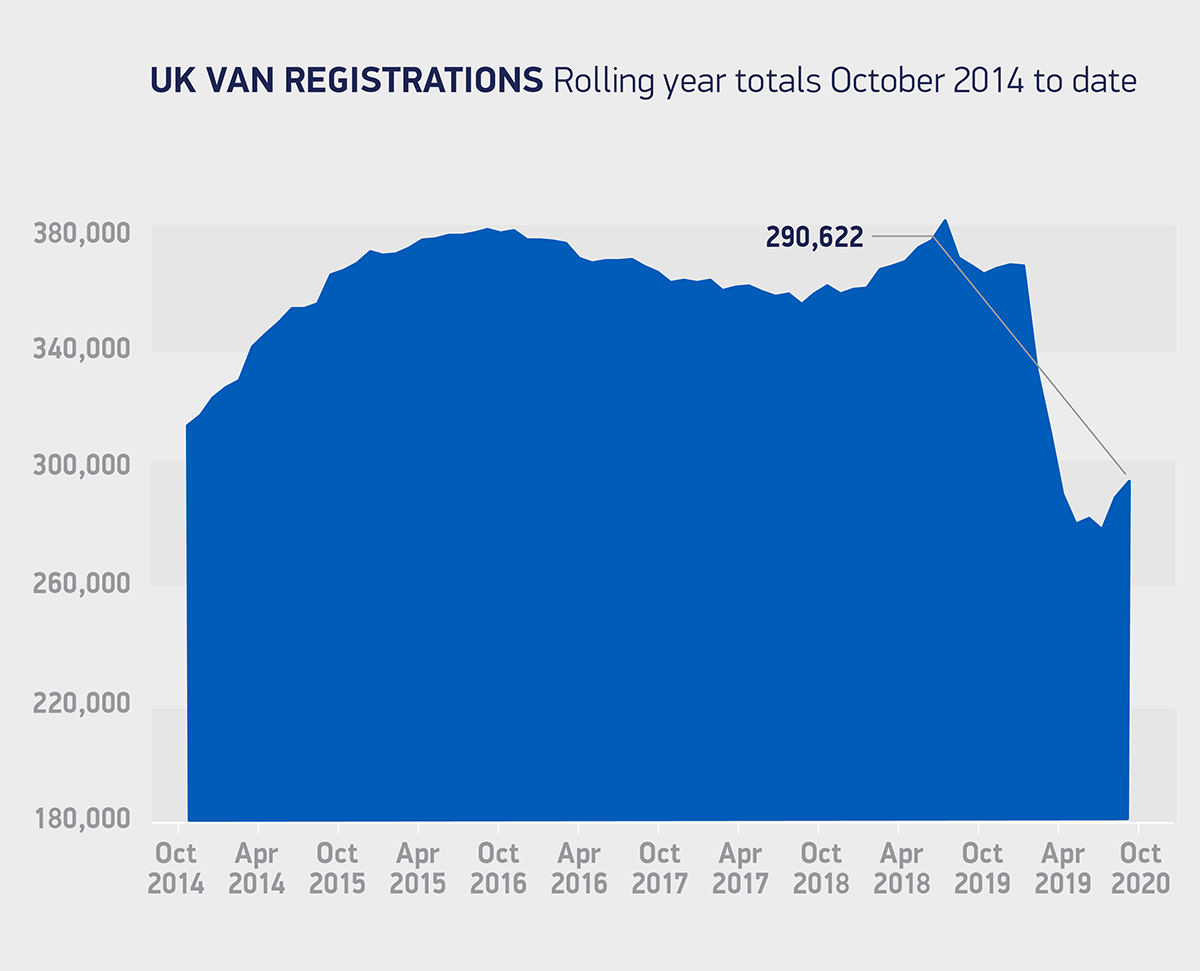