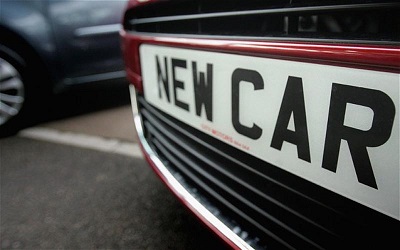 “Nevertheless, strong growth in sales of battery electric registrations, up 236.4%, is encouraging for the future state of the market. Our latest research found that 78% of consumers believe vehicle emissions are a significant problem and a 62% majority support the move to electric, highlighting the strong potential for AFV growth in the coming months.

“Overcoming Brexit uncertainty and obstacles to the commercial adoption of alternatively-fuelled vehicles will be critical to build and accelerate momentum as we head in to 2020.”

Peter Barnes, head of automotive sector at DWF: “The new car registration figures demonstrate a continued decline in consumer confidence impacting the sale of new cars in the UK (down 2.5% year to date) with diesel sales being particularly hit. However, there are some positives to be seen. The continued consumer appetite for purchasing hybrid vehicles shows a positive upwards trend. Battery electric vehicles have seen 122.1% growth on 2018 figures, mild hybrid electric petrol vehicles have seen a 200.9% growth on 2018 figures and mild hybrid electric diesel sales have seen growth of 949.5%. Despite this, these growth figures mask the continued low confidence of consumers caused by the political and economic uncertainty created by the continuing Brexit confusion and the UK car industry would benefit from the positive results that a stable market would bring which would enable consumer confidence to return.”

Charles Butler, motoring expert at www.carwow.co.uk: “Although September has seen some growth, it’s not in line with the anticipated interest that is typically generated by a plate change, and it fell very short of countries like France, Italy and Spain. The Brexit uncertainty remains incredibly damaging to consumer confidence and the will-they won’t-they on deadlines has meant that even the prospect of post-exit changes hasn’t galvanised buyers into action, even at the risk of a significant price hike after. The industry is throwing everything they can at making new cars compelling to those in market, and there is evidence that this tactic does move the needle – during our September sale we saw an uplift of 37% in sales vs the previous two months – this is the same uplift which we saw in 2017 when the market was more stable. ”

“While SMMT report diesel registrations fell once more, by a hefty 20.3%, our own data shows that Diesel popularity has been slowly increasing since May, with driver enquiries up 9.6%.  Electric cars and alternative fuel vehicles continue to go from strength to strength, with Greta Thunberg keeping the impact of climate change and the need to do better on the news agenda, alongside Government initiatives to make the prospect of ownership more desirable; Wales announced yesterday that all new-build estates must have charging points, a positive step. The range of AVs is growing on a weekly basis, but the price will need to come down to make them affordable to the average driver who can’t necessarily take the hit on what is currently an up-front green premium.”

Michael Woodward, UK automotive lead, Deloitte, said: “Car sales grew by 1.3% in September compared to last year. The introduction of new 69 plates was always likely to drive sales but, when compared to a low volume month last year, this nominal growth could be a disappointment to the industry.

“Overall volumes are down compared to the rest of Europe, as the market suffers from Brexit uncertainty. However, the overall shape of the market is the same, with petrol and electric vehicles (EV) showing growth and diesel sales in decline. As sales of diesel take another hit (-20.3%), problems are mounting up for the industry as a surplus stock of new and used cars affect residual values.

“Once again, we have seen the EV market (+236.4%) perform tremendously. We are seeing exponential growth in the sector suggesting that the tipping point that we have been predicting is within reach.

“Current sales of EVs could be dwarfed by demand when the new 0% company car tax rates on zero-emission vehicles come into effect in April 2020.

“As a result of these tax incentives, a greater choice of models available, and a change in consumer attitudes towards the technology, we expect EVs to be an increasingly common sight on UK roads. The largest leasing companies are already reporting double, and in some cases triple, digit growth in orders for EVs. Some leasing companies could see EVs occupy more than 50% of new orders on their books in the next two years as employers across the UK consider electric as a way to reduce both costs and their impact on the environment.

“However, the predicted growth in demand for EVs will not come without challenges. Manufacturers and dealers will need to think carefully about how they manage this growth as there is a fear that demand will outstrip supply, a significant increase in EVs on the road will put pressure on the country’s charging infrastructure and considerable investment is still required.”

Ashley Barnett, Head of Consultancy at Lex Autolease said: “The new license plate release means September is usually a good month for registrations.  It’s particularly encouraging to see pure electric car registrations showing continued growth, and this must be backed by ongoing fiscal support; plug-in hybrid registrations are down 30 per cent year-on-year following the removal of the grant last October.

“Rather than compare month-on-month or year-on-year, looking at the data in line with the average 48-month vehicle replacement cycle arguably gives us a better indication of the strength of the market.  While low and zero-emission vehicles are growing in popularity, they still account for a small percentage of the total registrations year to date, which is 11 per cent lower than by this point in 2015.

“This means older, more polluting technology is staying on the roads, offsetting the progress that’s being made with electric vehicles, limiting the potential for fleets to feed the second-hand market with newer, cleaner models, and making the government’s Road to Zero targets more difficult to achieve.

“While the most practical replacement options for high mileage motorway users are still the newest diesel and petrol vehicles, lower-mileage users who operate in and around urban areas should be considering electric now.

“Demand for electric vehicles is growing in line with increased awareness of their whole-life cost benefits, continued improvements to battery life and the ongoing rollout of charging infrastructure, but long lead times could still be an issue for many.  Customers and leasing companies must work together to forecast demand ahead of time and communicate with manufacturers, so that more electric vehicles are available, sooner.”