Privately-owned cars should be BANNED from London by 2030 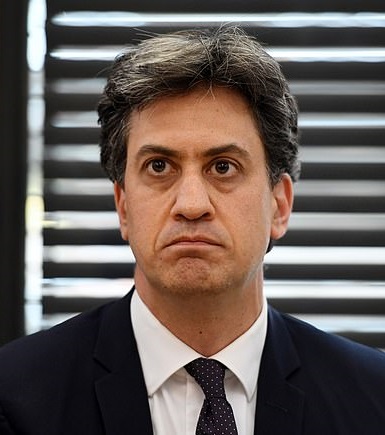 Private ownership of cars should be banned in London by 2030 in an effort to tackle the capital’s air pollution crisis, a new report has boldly claimed.

The published paper – uncompromisingly titled Away with All Cars – has been released by a think tank of academics supporting Labour leader Jeremy Corbyn with the help of environmental campaigners Greenpeace UK.

Common Wealth, which has former Labour leader Ed Miliband on its advisory board, called for Transport for London to introduce its own car hailing service, provide free tube travel and offer e-scooters around the city in an effort to drag down the capital’s ever-increasing carbon emissions.

The group – founded by influential left-wing Labour figure Mathew Lawrence – was formed in April to set out plans for ‘ownership models’ for a more sustainable future economy.

It wants to see the nationalisation of utility companies and a wider use of co-operatives and more public involvement in ownership models, including in the area of transport.

In its new report released this week it said: ‘The privatisation of public transport in the UK has had widespread negative impacts on human welfare and social justice.

‘But these are dwarfed by what may prove to have been the most profoundly damaging privatisation project of all time: the relentless subjugation of the public realm to the exigencies of the private motor car.’

The think tank pulled no punches in its criticism of the government’s Road to Zero strategy, which has set a deadline for a ban on the sale of all new petrol and diesel cars in Britain by 2040 to push more towards low-emissions hybrid and electric vehicles.

‘To get onto an emissions pathway consistent with our commitments under the Paris Agreement, it is estimated that the UK will need to see a reduction in overall traffic volumes of between 20 per cent and 60 per cent by 2030, depending on how fast we can switch to EVs. That is a lot of traffic to lose,’ it warned.

‘Yet the DfT’s Road to Zero strategy for decarbonising transport contains no measures to reduce traffic growth.’

It went on to lambaste minsters’ plans, saying traffic would increase by 50 per cent by 2050 and the government intended to spend £30billion of taxpayers’ money to expand the road network to cope with the rise in vehicle numbers.

‘Reductions in traffic volume of the magnitude demanded by the rapid decarbonisation horizon appear, on the face of it, to be a major headache for politicians.

‘But a shift away from car travel is also the single low-carbon measure with the greatest socio-economic co-benefits.

‘Done right, this will change people’s lives for the better in a very material way. The imperative to abandon our cars is a golden opportunity to reclaim some of the most important parts of the public realm for people.’

The think tank added that almost half of low income households in London do not have access to a car, while the wealthiest households travel more than twice as far each year using their own vehicles.

‘Arranging our geography for the convenience of the motorist inscribes a structural bias against the poor into the landscape itself, and locks households into car dependency at the macro level whether they can afford it or not,’ it continued.

‘Car dominance is so debilitating that lack of access to a car in Western society is a key measure of social deprivation.

‘Cars isolate and atomise society, cutting us off from one another inside armoured shells that protect those inside by endangering everyone else.’

While the Road to Zero strategy has outlined the government’s intentions for the whole country, London Mayor Sadiq Khan has already introduced measures in the capital to reduce traffic and vehicle use.

The Ultra Low Emission Zone (ULEZ) was introduced in London in April, charging owners of non-compliant older – and dirtier – motor vehicles to pay £12.50 a day to enter the zone, which is the same area as the Congestion Charge zone.

However, it will be expanded to the North and South Circular roads in 2021 under current plans.

In February, Khan also promised a ULEZ scrappage scheme for low-income families impacted by its expansion, though TfL told This is Money that there is no further information about the scheme despite it still being planned for introduction later this year.

Responding to the report, a TfL spokesperson said: ‘We’re investing a record £2.3 billion in creating healthier streets where walking, cycling and public transport are the natural choice for all journeys and we want 80 per cent of journeys to be made in these ways by 2041.’

However, Common Wealth said alternative approaches were requited in London, which is ‘consistently ranked in the top 10 cities worldwide for high-quality public transport’ and is also the most congested and one of the most polluted cities in the UK.

It wants private cars to have ‘disappeared from Greater London’ by 2030.

To help the capital’s residence travel easier, it called for TfL to provide an app that shows walking routes in the city, offer free bus, tram and tube journeys and put on an expense-free fleet of E-bikes and e-rickshaws.

The report also said free e-scooters should be made available, despite current laws deeming them to be illegal for use anywhere other than on private land.

However, TfL’s director of transport innovation, Muchael Hurwitz, recently called for the Government to accelerate its review of electric scooters in a bid to legalise the use of them in the UK.

Common Wealth also said the city should have it’s own service similar to Uber that is operated by TfL.

Caroline Russell, Green Party member of the London Assembly, said that everything in the report was ‘possible’.

‘We need major change like this to tackle the climate and air pollution crises,’ she added.

Nicholas Lyes, head of roads policy at the motoring group, told the BBC that many private car journeys in London were ‘driven by need, rather than choice’.

‘Our own data suggests that 72 per cent of Londoners say they would find it very difficult to adjust to life without using their vehicles,’ he added.

Many drivers have recently blasted plans to restrict car use in the capital for a single day.

An announcement made back in June about a ‘Car-Free Day’ in London was met by a backlash from furious motorists who slammed the idea.

Furious motorists today hit back at Sadiq Khan’s plans to have a car-free day in parts of London on Sunday September 22.

The London Mayor said the day-long ban on cars on Sunday 22 September 2019 would be expanded to 12.5 miles of the capital’s roads, making it the largest-scale restriction on vehicle use in the city ever.

It will banish all vehicles from Tower Bridge, allow only buses to cross London Bridge, and cordon off routes that span the length of almost 200 football pitches.

But critics said it would damage business for taxi drivers and also cause problems for the disabled and elderly who need road transport to make it across the City.

However, Mr Khan insisted the event will help Londoners ‘reclaim the streets’ and allow for children to play freely and communities to enjoy parties in their areas.

Article first appeared in This is Money 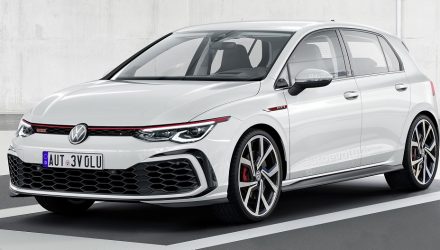 VW Golf: celebrating the birthday of an icon

In the summer of 1976, Volkswagen launched a distinctively sporty Golf onto the market: the GTI. At that time no one at Volkswagen had any idea that

MPs to scrutinise future of...

The Transport Committee has launched a new inquiry into

Gasrec will increase the size of its Bio-LNG (liquified