Next step in Grimsby’s car evolution takes shape with ABP 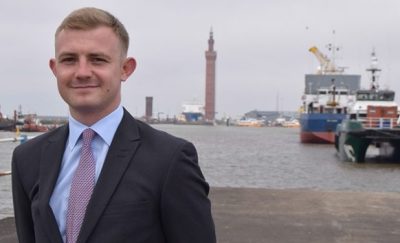 ABP has applied to the Marine Management Organisation (MMO) to expand its Grimsby River Terminal (GRT) in order to be able to handle the world’s largest car carriers.

The application is the critical first step in the consenting process to extend the existing berthing infrastructure, as well as deepen the berthing pocket through dredging. These improvements will enable the terminal, which can already handle two 175 m long vessels simultaneously, to further support the automotive sector.

If approved, the port operator will commit a multi-million pound investment to the site which will see vessels able to contain almost 9,000 vehicles, berth alongside.

Ashley Curnow, ABP Port Manager for Grimsby said: “For many years Grimsby has been at the forefront of the movement of cars in the UK industry. This development will take us to the next exciting level. The port already has a proud history behind it and a bold future ahead.”

A response from the MMO is expected imminently.

The Port of Grimsby is already playing a pivotal role in the Grimsby Town Deal, which promises to deliver thousands of new jobs. The ground-breaking £67 million first stage of the project commenced in July 2018 and included a project named the Greater Grimsby Heritage Action Zone. Through this project, ABP has started to regenerate areas within the Kasbah by actively marketing disused buildings to local businesses.

The first of which, a former fish merchant building, was taken on by charity Creative Start who plan to open up a creative workshop, established to support Armed Forces veterans and people in recovery from addition, later on this year.