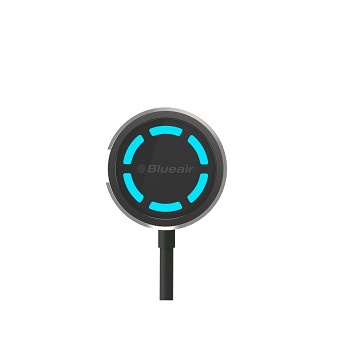 Blueair, a world-leader in air purification, is launching a new intelligent air purifier to keep the air we breathe while inside the car as clean as possible. Designed for safety and tested to global standards, the new app connected Blueair Cabin P2i rids the car of the harmful gases, particles and germs that we are exposed to when on the road.

Research by UK Parliament shows that the air in our cars is up to 15 times more polluted than on the road outside. This is due to the direct flow of exhausts from the car being driven, as well other vehicles on the road, and the off-gassing of volatile organic chemicals (VOCs) from materials used in the car’s interior; all within a relatively small volume of enclosed space. In 2018, scientists at London Metropolitan University revealed that car air-conditioning systems can function as breeding grounds for bacteria. In-car air pollution therefore poses greater risks to human health than outdoor air pollution.

According to the RAC more than 38 million cars are licensed to drive in the UK in 2018, and while many of us are worried about the air outside, we often forget about the quality of the air we breathe while indoors. Alexander Provins, Director Europe at Blueair said: “Drivers and passengers spend, on average, approximately 10 hours per week inside vehicles where exposure to PM2.5 – the ultrafine particles harmful to human health – can be up to 15 times higher than on the street outside. Particles from tyres and road wear products, in combination with exhaust emissions from the vehicle itself as well as from other vehicles, enter the cabin through ventilation and air-conditioning systems.”

To meet the consumer need for clean air in cars, Blueair has expanded its air purification expertise and best-in-class technology to a new segment. Compact and easy to install, the new Cabin air purifier is based on Blueair’s pioneering HEPASilent™ technology, which filters out at least 99.97% of airborne pollutants such as PM2.5, car exhausts, road wear, smoke, dust, soot, sand, pollen, bacteria and viruses as small as 0.1 micron in size. Sustainably designed for highest road safety, the Cabin air purifier is available for cars, trucks and other road vehicles.

The Cabin P21 with sensors and auto mode adjusts the fan speed automatically based on laser particle sensor readings to maintain optimal air quality at all times. It also continuously and reassuringly displays air quality via an indicator on its control. Bluetooth connectivity to the Blueair friend app provides updates on the quality of the air on your car.

Key features from the Cabin P2i: