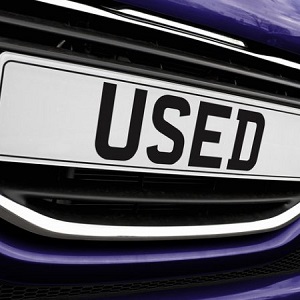 The December 2018 SMMT new car registration figures show that the new car market for the month was down a further 5.5% over the same period in 2017 which was not unexpected after such a difficult year. This took the year to date to a total of 2.37 million which is down 6.8% on the full year volume for 2017 and was just 0.3% worse than Cazana predicted a year ago. December was a difficult month for some due to lack of new car stock but equally the usual seasonal factors were also prevalent with consumers focused on the festive period. Thankfully the weather was kind and did not add further downward pressure on the market performance.

Diesel car registrations continued to decline and the December drop was significant at 26.8% below December 2017 which surprised some pundits as the November figure was not as severe as it had been in recent months. The conclusion, therefore, must be that last month was indeed a blip unless the impact of the year change on fleet business had an impact on the change cycle. Diesel registrations for the year finished an eye watering 29.6% behind the total registered in 2017. Petrol registrations were better news with an improvement of 7.2% over the same period last year taking the year to date total to 8.7% above 2017.

The Alternative Fuel Vehicle (AFV) registrations performed as expected with an increase of 6.1% in total for the month of December which was 0.7 of a percentage point higher than in 2017. This takes the whole year market share to 6% which is 1.4 percentage points higher than in 2017 and still not improving at the rate really required to make the difference needed for the industry in the mid to long term.

Looking at performance by market sector and December data shows that both private and fleet sector registrations were lower than in December 2017. At 3.8% and 7.9% down respectively, it was the business sector that took much of the slack with an upturn of 16.8% on last years total for the month. The year to date figures show that market share for the private buyer was up by 0.3 of a percentage point at 44.5% although for the fleet market the figure was 0.2 of a percentage point lower at 51.7% than in 2017. The business market share for the year was up 0.1 percentage point at 3.9%.

With the new year now upon us, it is interesting to note that the level of optimism being expressed industry wide has not improved greatly as it usually does at the beginning of a new year. There are still significant concerns over the economic position and the debacle that is Brexit. Without some clarity and certainty, the country and indeed Europe cannot plan certain aspects of the future with any degree of certainty or accuracy. As we draw ever closer to withdrawal from Europe with no deal in place, and only a weak deal being perceived as the only alternative, confidence continues to waver. This means that opportunities in the used car market may well prove to be the best options for those buyers not prepared to gamble on a new car until Brexit provides more clarity and subsequent stability. Whatever the final decision the economy needs to know to be able to prepare for what could be significant difficulty.

This chart compares retail pricing performance across key market profiles from December 2017 to December 2018 and the data includes all cars and fuel types so is a generic view of the market. However, it is clear that in retail pricing terms the market is stronger than it was last year at all levels with a two-percentage point uplift across the board. This reinforces the view that the market is suffering from a shortage of used car stock. It is also interesting to note that the average cost new price across all profiles, except the three-year 60k ex fleet sector, has dropped by up to 10%, the latter showing a minimal increase.

The chart below looks at the ex fleet sector in more detail given that this area has been specifically affected by new car difficulties during the year.

The chart gives a very clear and consistent message. Despite anecdotal concerns that this area of the market has been difficult, it is obvious that retail pricing performance has followed a similar pattern for both petrol and diesel cars through the course of the year. The increase in retail pricing is consistent for both fuel types and the delta between the two in December 2018 at two percentage points, is the same as it was in 2017 confirming that there has been no punishment of used diesel values by the used car buyer. There is an interesting blip in the data in April 2017 showing quite an uplift in pricing for petrol cars and a drop for diesel. Given that this is for just one month it is likely to have been the result of a change in volumes being de-fleeted. Overall the two-percentage point difference between the two fuel types has remained consistent for most of the year.

Finally, it would be remiss not to look at the performance of the only sector of the market that has posted a new car increase in registration volumes for the year. Alternative Fuel Vehicles remain a hot topic of conversation in the trade and retail press, and discussions over the relevance of the power train continue.

The chart below shows the retail pricing performance for AFV’s over the past year:-

The important point to acknowledge with this chart is that data volumes for AFV’s are much lower than for other propulsion types due to the reduced volume of cars registered in recent years. The somewhat volatile movements for Electric vehicles are a direct reflection of the low data points and many of the changes in retail pricing reflect the type of product coming to the used market and this is dependent on defleet activity. There is greater stability for the Hybrid models and this is due to greater acceptance by the used car consumer as much as it is based on the volume of data and type of car in the market. It will be interesting to see how both fuel types perform during the course of 2019 and whether the used car consumer is as enthusiastic about these cars as many would have you believe the new car buyers are.

To summarise, the December market has been as expected for both new and used cars with lower footfall at the dealers and more challenging customers necessitating a tougher approach by the sales team. Whilst days to sale increased slightly pricing was not the issue that many expected. The fact that stock was short for most of the month supported the firm stance that many dealers took when negotiating with retail consumers which is both encouraging and good news for the industry as a whole. This position is likely to continue for the best part of 2019.

Cazana’s truly live retail-driven data is unique in providing up to the moment market insight and intelligence being driven from over 25,000 websites each day. Seeking more focussed information relating to specific market sectors or time periods ensures maximum vision and the most comprehensive insight required to maximise profit, ROI and asset management. With the continuing Brexit confusion at an all-time high, top quality up to the minute commercial data will identify market variations quicker than any other data provider and will be vital to ensure modern automotive organisations are in a position to make the most effective strategic decisions.