UK car production falls by over 14%

UK car production fell -14.2% in 2019, to 1,303,135 units, according to figures released today by the Society of Motor Manufacturers and Traders (SMMT), with a -6.4% drop in December rounding off a third year of decline. Output was affected by multiple factors, including weakened consumer and business confidence at home, slower demand in key overseas markets, a number of significant model production changes and a shift from diesel across Europe. Factory shutdowns in the spring and autumn, timed to mitigate expected disruption arising from the anticipated departure of the UK from the EU on 29 March and 31 October, also had a marked effect. 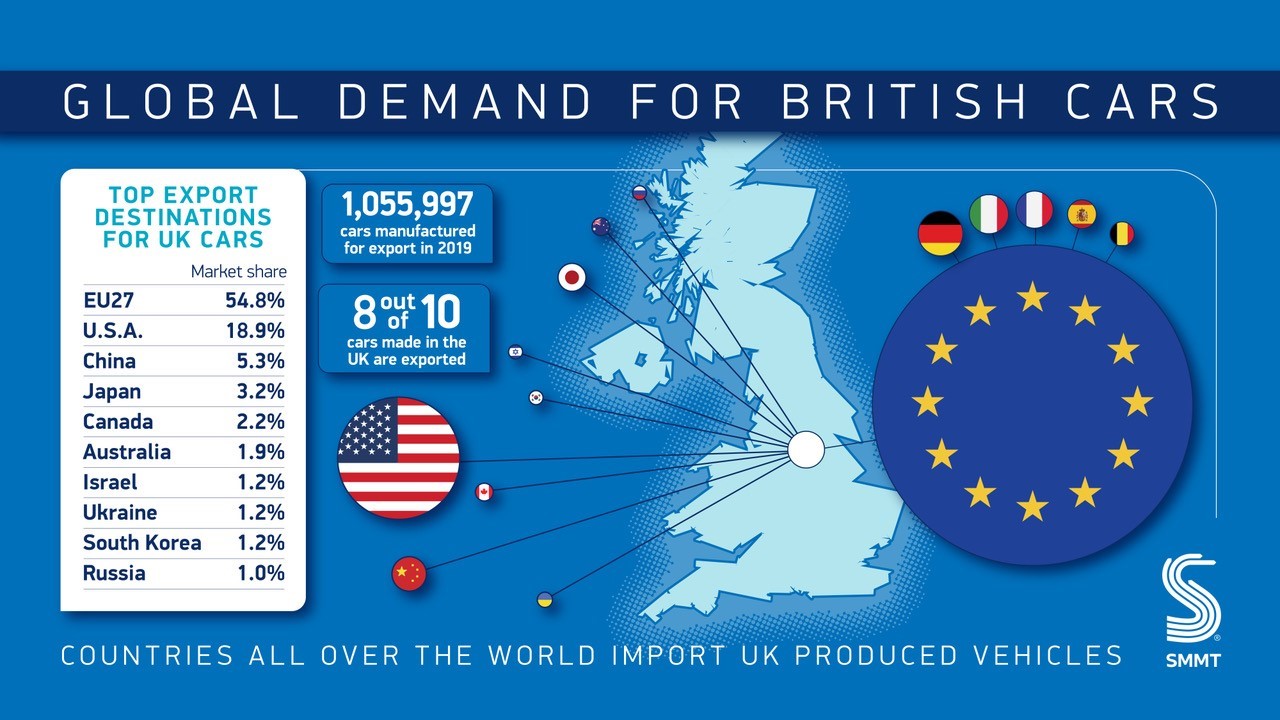 Manufacturing for domestic car buyers fell -12.3%, to 247,138 units, while exports also took a hit, down -14.7%, although overseas orders continued to drive volumes, accounting for more than eight in 10 cars built and totalling over one million units. Although shipments to the EU27 fell, by -11.1%, the bloc remains the sector’s most important market with its share of exports rising by two percentage points to 54.8%. Meanwhile, trade with the UK’s next largest markets, the US (representing 18.9% of export volumes), China (5.3%) and Japan (3.2%) also fell, with exports down -9.8%, -26.4% and -17.7% respectively. 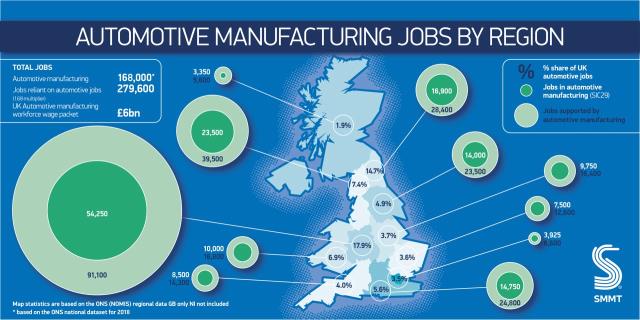 The UK’s renowned small volume car manufacturing sector, however, bucked the trend with growing demand for some of the world’s most iconic and desirable brands boosting output by 16.2% in the year. Meanwhile, UK car production of alternatively fuelled cars rose, by 34.7% to 192,304 units, as global appetite for the UK’s electric, plug-in hybrid and hybrid offering continues to rise.2 Thanks to its engineering excellence, expertise in advanced powertrain technologies, light-weighting and aerodynamics, the UK is well-placed to lead the charge in ultra-low and zero emission vehicle development and manufacturing – if the right business conditions are in place.

Last year saw a welcome £1.10 billion of fresh automotive investment publicly announced for the UK. The bulk of that investment, however, was from one company looking to expand electric vehicle production in the West Midlands.3 With 2019’s investment tally some 60% lower than the £2.75 billion averaged over the previous seven years, it’s clear that more must be done to encourage overseas investors to follow suit.

The news comes as SMMT reveals new figures highlighting the critical contribution of UK Automotive to regions right across Britain. One in 14 people (168,000) employed in manufacturing nationwide works in Automotive, with an additional 279,000 jobs supported, while in regions such as the North East and West Midlands, automotive accounts for more than one in six manufacturing jobs. With annual salaries typically 21% higher than the average across all UK employment, Automotive’s combined national salary contribution amounts to some £6 billion.4

Mike Hawes, SMMT Chief Executive, said, “The fall of UK car production to its lowest level in almost a decade is of grave concern. Every country in the world wants a successful automotive sector as it is a driver of trade, productivity and jobs. Given the uncertainty the sector has experienced, it is essential we re-establish our global competitiveness and that starts with an ambitious free trade agreement with Europe, one that guarantees all automotive products can be bought and sold without tariffs or additional burdens. This will boost manufacturing, avoid costly price rises and maintain choice for UK consumers. Negotiations will be challenging but all sides stand to gain and this sector is up for it.”

Meanwhile, the latest independent production outlook downgrades expectations for 2020 to 1.27 million units, down from the 1.32 million forecast made in November.5 To arrest this decline and ensure the future competiveness and success of UK automotive manufacturing, negotiations on the future UK-EU relationship – and trade deals with the rest of the world – must move quickly and deliver for this critical sector. 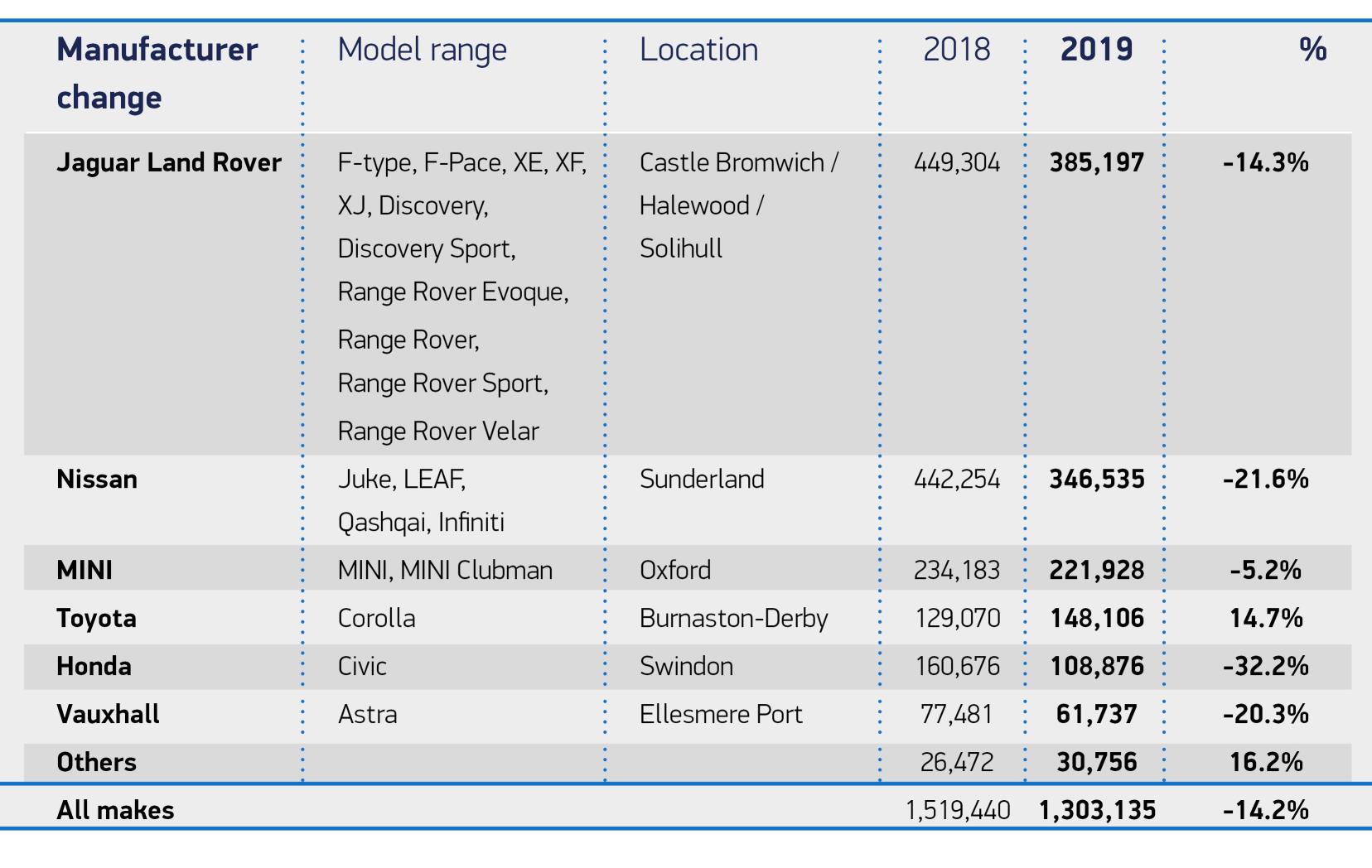 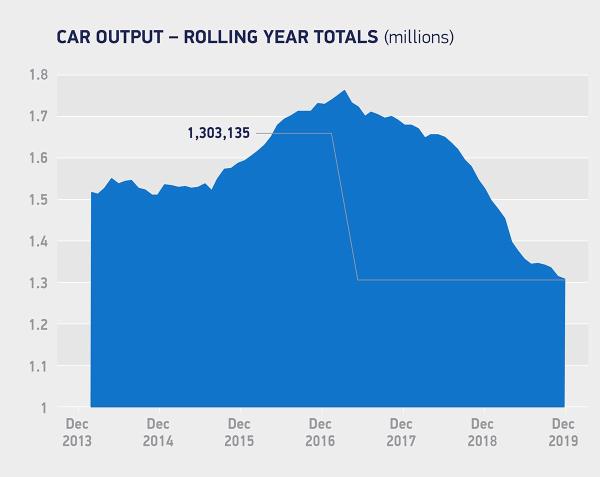 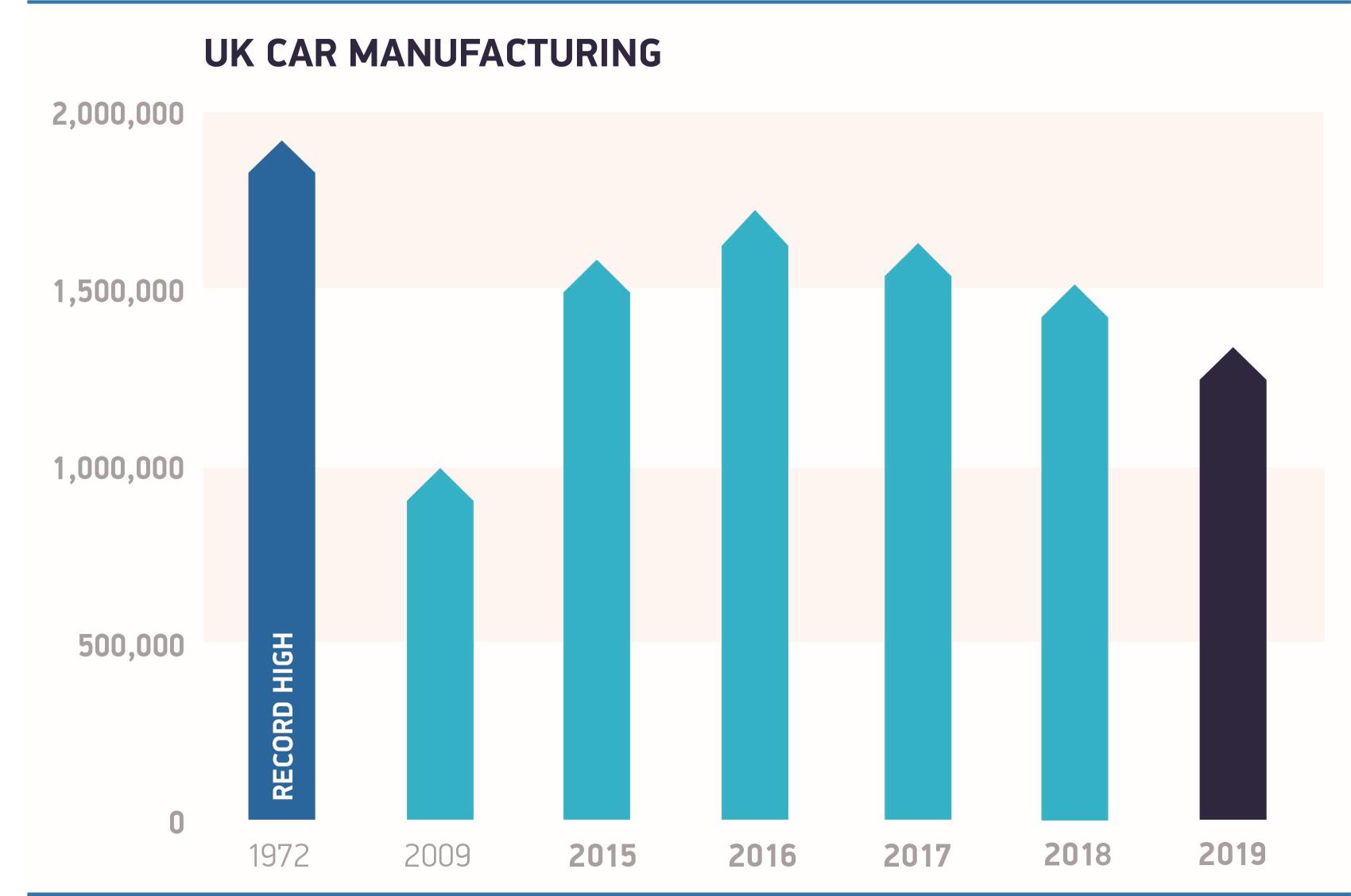 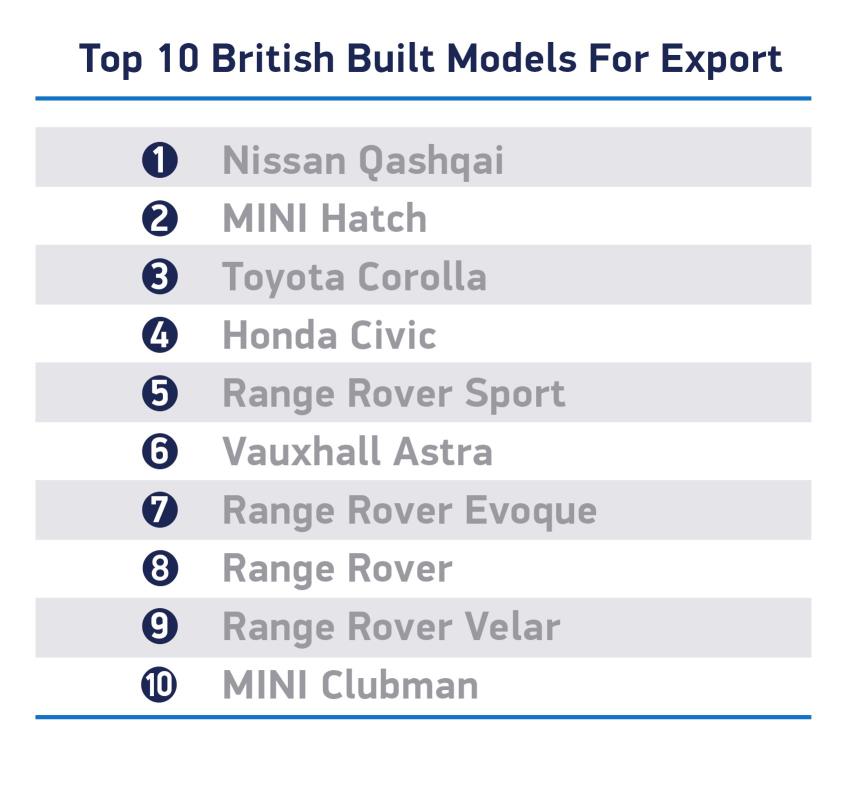