UK car manufacturing declines for 12th month in a row

British car production fell for the 12th month in a row in May, as output dropped 15.5%, according to figures released today by the Society of Motor Manufacturers and Traders (SMMT). 21,239 fewer units were manufactured, with demand both at home and abroad falling by double-digits as softening in the UK and key global markets, and the effects of model changes, caused the negative performance to continue.

In the month, manufacturing for domestic buyers fell by -25.9%, while overseas orders were down -12.6%. Exports accounted for 80.9% of all cars made, reemphasising the importance of maintaining free and frictionless trade. In the year to date, UK car production is down -21.0% with 557,295 new models rolling off production lines – almost 150,000 fewer compared with the same point in 2018. This is due, to a certain extent, to the decision by some manufacturers to bring forward summer shutdowns to April in anticipation of the expected March date for the UK to leave the EU.

Mike Hawes, SMMT Chief Executive, said, “12 consecutive months of decline for UK car manufacturing is a serious concern and underlines yet again the importance of securing a Brexit deal quickly. The sector is facing multiple seismic challenges simultaneously: technological, environmental and economic. The ongoing political instability and uncertainty over our future overseas trade relationships, most notably with Europe, is not helping and, whilst the industry’s fundamentals remain strong, a brighter future is only possible if we secure a deal that can help us regain our reputation as an attractive location for automotive investment. No deal is not an option.” 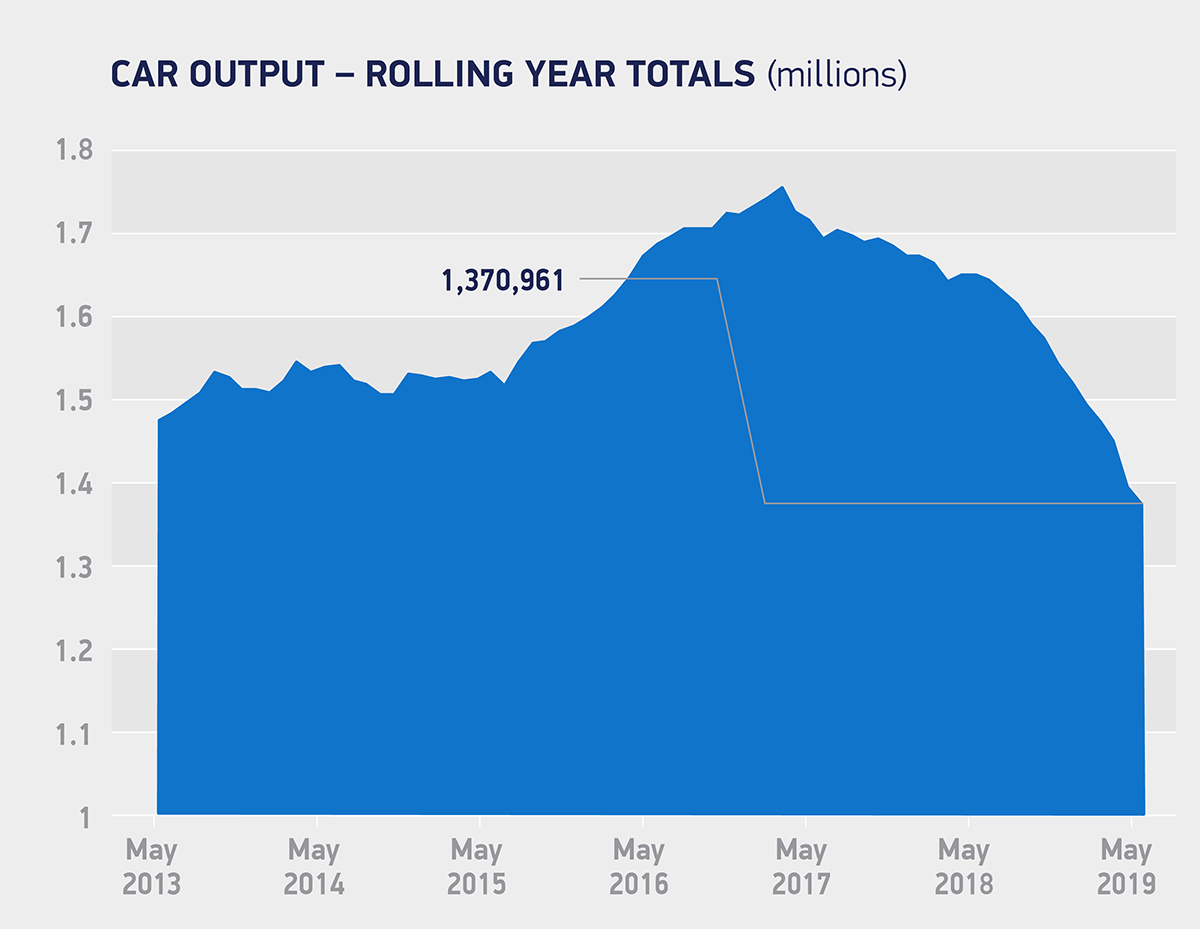